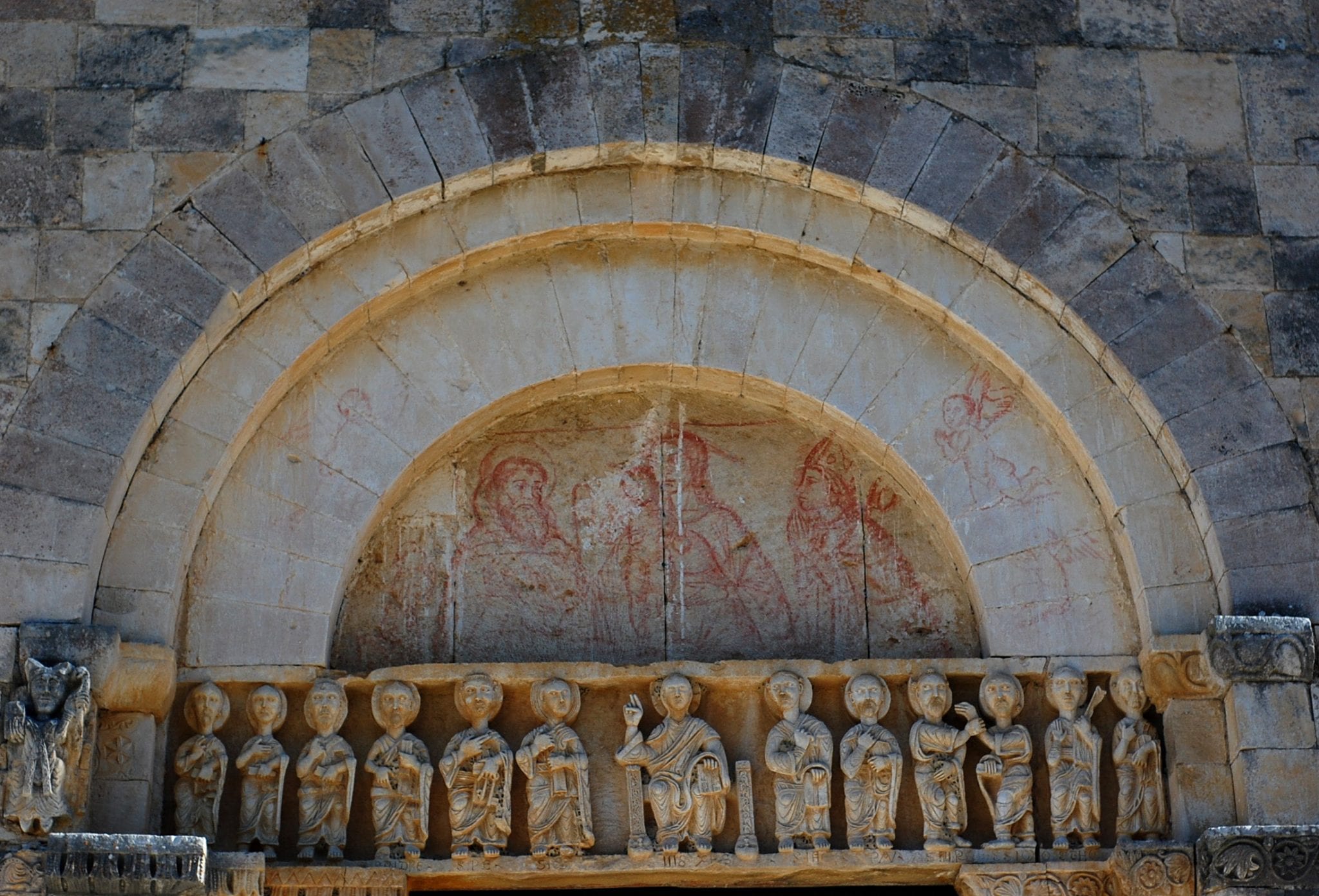 This Romanesque church started life as a temple to Hercules, protector of water sources amongst his many other attributes, and you can still view the original devotional well deep down in the crypt of the church, the entranceway guarded by 2 of his favourite bedfellow lions, a further reminder of the church’s origins.

On a Winding Road

The riches of the hamlet of S Tommaso, and the surrounding area formerly known by its Roman name, Paternum, up until the C9th, was set by its fortunate geographical position, positioned on an important North-South road network that showed up on maps even as relatively recently as the C19th, and its close proximity to the thermal-healing spa-town of Caramanico.

When visiting this now tranquil, near-silent dip within the mountains beyond the ringing of the church bells , it’s difficult to comprehend how these earlier factors helped shape this small parish church which was founded in honour of Thomas Becket in the early C13th, not long after he had been murdered at the altar in Canterbury in 1170.

Funding for the building of the church came via the Norman Rinaldo Trogisio and, although the plans were grand, parts like the porch and internal windows were never completed; no matter though, the wealth of artist merit exhibited both externally & internally more than make up for any architectural lack of finishing or fresco downscaling.[/vc_column_text][vc_single_image image=”30583″ img_size=”large”][/vc_column][/vc_row][vc_row][vc_column][vc_column_text]

[/vc_column_text][vc_single_image image=”30585″ img_size=”large”][vc_column_text]First its facade, wow! The expression carved into the faces of the 12 apostles that look down from the lintel and whose beady eyes catch your gaze no matter where you stand is a delight to behold.  Goodness knows what the local peasants thought as they arrived at church with those eyes questioning their merit on at least a weekly basis…  They’re quite unlike any medieval sculptures I have seen locally or in Italy, especially the expressive hand gestures which seem to be doing almost anything other than a normal blessing.  A whole conversation is gleaned through these gestures.  On the right is Thomas Becket himself mirrored from a relief further along on the church wall.  These are on a “must see in Abruzzo” list.  Above is a later cartoon that includes Thomas with Mary and awaiting its final painting, that never quite got there, but I actually quite like its linear representation sat above the sculptures.

The church of S Tommaso itself has 3 naves and a semi-circular apse.  As you walk in there are colourful frescos, a Madonna, a monumental St Christopher who I’d like to believe waded through the local, giant Orfento gorge and set up its local otter sanctuary, but we’ll leave my surreal take on religion for another day!

There’s an encased, slightly worn, skinny column with beautiful capital, apparently this was the ‘Holy’ column from where devotees would look upwards and try and see the angels that had been carved into its top. It’s surrounded by more frescos depicting the passion of Christ, before Herod, his removal from the crucifix where you can spot John or Nicodemus removing nails from his feet and the latter entombment.  All are beautifully lit by the Rose Window and small altar window with a little bit of help from C20th electrics.[/vc_column_text][vc_single_image image=”30586″ img_size=”large”][/vc_column][/vc_row][vc_row][vc_column][vc_column_text]Read more on Wikipedia

Time to get Zen in Teramo’s Cathedral