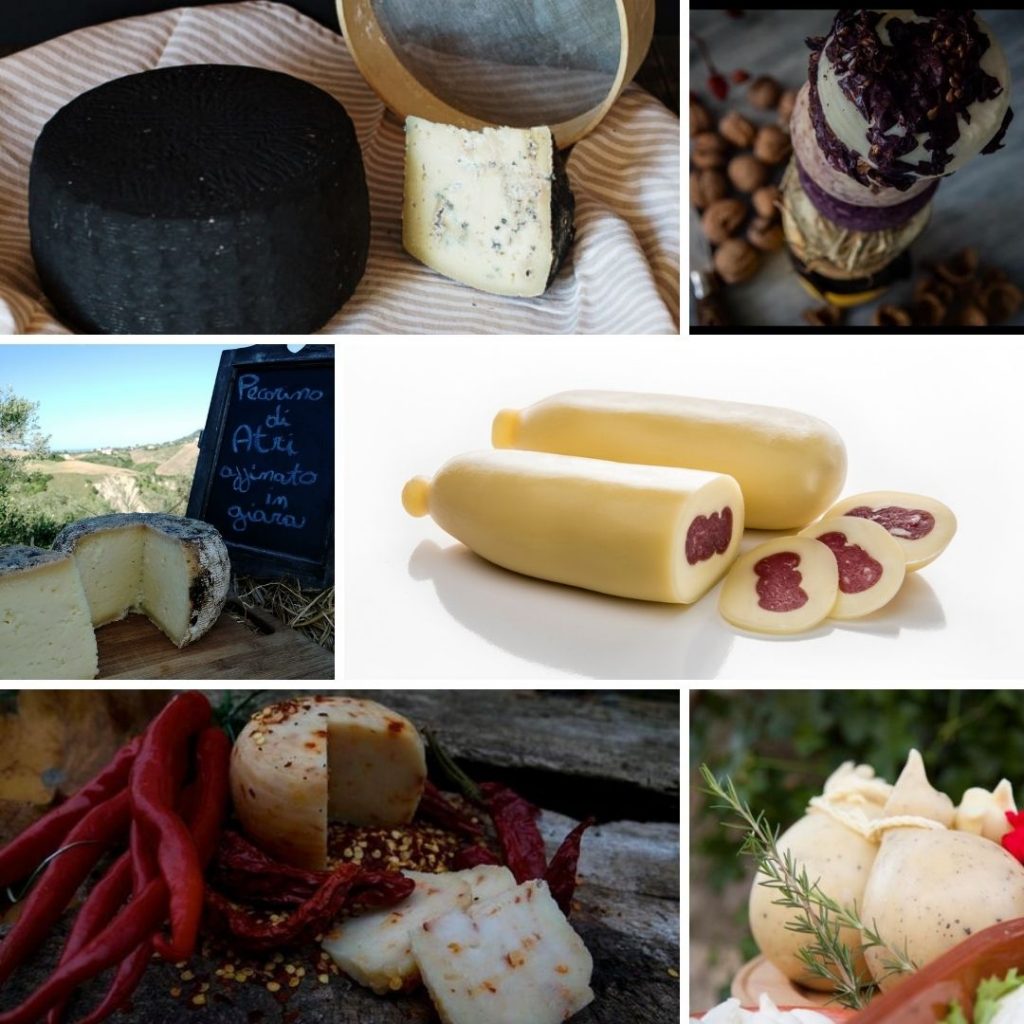 To help celebrate the cheery reopening of  Slow Food’s annual September Cheese extravaganza in Brà (Piedmont),  we have made a trail of the best cheesemakers to visit in Abruzzo and Molise working together with the A&M Youth SlowFood Network and with the recommendations from the members of our LifeinAbruzzo Facebook Group.

If you do visit any of the listed cheesemakers, we’d advise going in the morning before 12.30 and checking the ‘more info’ button by clicking on the pin that links to their website or Fb page just to double-check their opening hours!

The Abruzzi Once Together, Now Apart

Up to 1963, Abruzzo and Molise were together the ‘Abruzzi’, and as such often their cheeses have been lumped together by those outside Italy.  But there are subtle differences, for those unfamiliar with southerly Molise which has always been a crossroad of different cultures, from invaders to native Italic tribes and the geographical start of southern Italy.  Milk production is very similar to that Abruzzo but with a flash from Campania and the Apulia region depending if you are in the Eastern or the Western zone.  Cheeses to look out in Abruzzo’s former southern sister include Pecorino del Matese, Pecorino di Capracotta, Treccia di Santa Croce di Magliano, Scamorza molisana, Stracciata di Agnone and Caciocavallo di Agnone each one recognised as a Traditional Agricultural Product (P.A.T.) an important trademark of high quality and food safety.

Following on from UNESCO officially awarding the Transumanza “Intangible Heritage” status in 2019, to ensure the further safeguarding of Italy’s rural heritage and communities, 8 Slow Food members have created the ‘Slow Food Community of L’Aquila for Transumanza Farming’.  Their aim is to enhance, recognise and raise awareness of the history, culture, and all knowledge and skills in the production of processing meat and its derivatives including wool that has shaped the environment and which will safeguard the extraordinary biodiversity of the mountain pastures.

Without ongoing support, there is a real risk of extinction and with the loss of farming, the knife-edge balance of the predated and large predators of Abruzzo’s parks also becomes precarious.  The community intends to deal with the wild supply chain through a real system of prudent and far-sighted territorial management, within a buffer area between the Abruzzo National Park and the Park Maiella, also including the Gole del Sagittario Regional Reserve.  You can read a recent article we published from one member on the impact of the climate emergency and the increasing problem of wild fires and how they can be addressed, A Shepherd’s Voice: With Pastures, The Fires Do Not Go Away.  Members of this group if you would like to support them are: La Cooperativa ASCA |  Bioagriturismo La Porta dei Parchi di Anversa degli Abruzzi | La Masseria San Iorio di Castel di Sangro |  La Grangia di Sant’Angelo di Villetta Barrea | Il Bioagriturismo Valle Scannese di Scanno | L’Agriturismo Agrifoglio di Cansano | Azienda agricola di Fabio Belvedere di Bugnara | Azienda agricola Tamburro di Barrea.

You can join this Slow Food event’s kingmakers, the cheesemakers, shepherds, and farmers from all over the world physically or online to see the huge diversity in different cheeses and celebrate everything milk and cheese either physically or by tuning in online. You will get to hear the stories and the secrets behind hundreds of acclaimed cheeses that use high-quality raw materials, promote animal well-being, and, last but not least, safeguard the landscape. 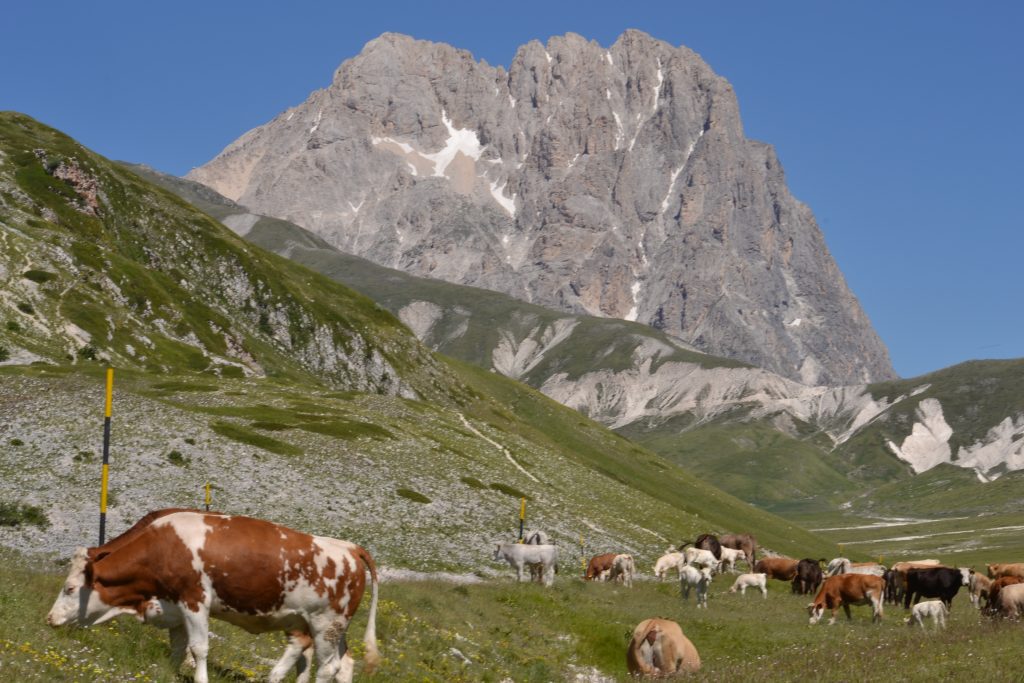 This year’s theme is “Considera gli animali” translated as “Consider the animals”, which means putting animals at the center of our lives bearing in mind that without them these foods, dishes, and the event couldn’t exist. Today it is even more vital to protect the animal kingdom and its connections with human activity from dairy animals to the microbial world, from bees and all the pollinators that are essential for the health of pastures and enable the great biodiversity of the dairy world.

17th September, 15.00 PM, “Milk in the veins: the next generations of cheesemakers”

Two cheesemakers from the Agri Alba Farm in Molise explain how through adding their own skills, ideas, and innovation they are reclaiming traditional recipes and creating new recipes whilst respecting the land where they have a multifunctional farm where they raise sheep, goats, and chickens surrounded by orchards and olive trees.

Serena Di Nucci of Caseificio Di Nucci located in Agnone (IS), and a former student of the University of Gastronomic Science is committed to managing her historic dairy which has been producing stretched curd cheese since 1662! Guests can taste caciosalame, a cured meat wrapped inside cheese whose roots go back to the Italian emigration to the United States and Prohibition.  At this point in time importing meat wasn’t allowed, but the cheese was. And so if you cut the cheese what do you discover, a core of Soppressata the typical salami of Molise.

11.00 AM, “Pecorino Wines and Cheeses Together: the Vineyards Meet the Pastures”

The Abruzzese winery Valori from Abruzzo together with Farindola Pecorino, a uniquely delicious cheese made with pigs rennet, which gives it a distinctive smell and soft flavour and Castel del Monte Canestrato from the pastures of Gran Sasso.

18.00 PM, “Resistance at the Table: Ethical Wines and Cheeses”

Two stories of resistance and strong belief in good, clean, and fair food will be illustrated.

One is by the Abruzzese cooperative Il Gocio, listed in the map above based in Civitella del Tronto who specialises in sheep and goat cheeses.

Two former UNISG students had the idea of pairing Alba Società Agricola cheese and a selection of Sake by Atelier Tucci.

Taste a typical cheese whose providence dates back in time to the transumanza of 1662 via the Caseificio Di Nucci’s dairy together with a bulk wine available only online since 2020.

Stefano Rinaldi,  is 24 and from Apulia.  He is an activist for Slow Food’s Abruzzo and Molise Youth Network Abruzzo and is passionate about landscape and Italian inner areas.  He has just finished a Master’s Degree in International Tourism and Destination Management.

My Big Fat Ferragosto – Consus and a Story of...