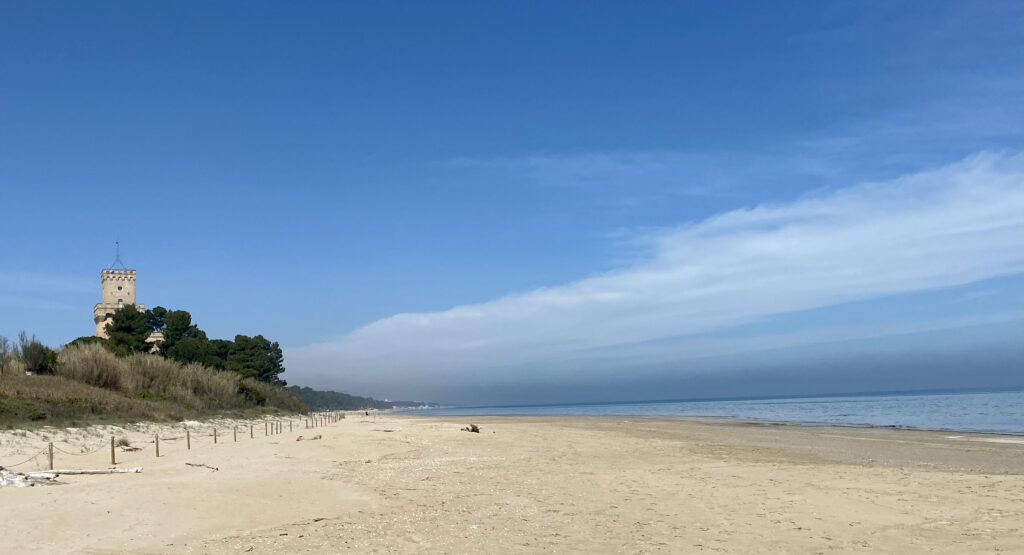 Abruzzo Climates
Abruzzo’s annual weather forecast and temperatures are affected by its 2 distinct climates – ‘maritime’ along its Adriatic Coast and its interior Apennine mountainous climate which is ‘continental’.

Abruzzo Average Temperatures
The annual average temperature varies from 8°-12° in the mountainous area to 12°-16° in the maritime area; in both areas the difference can be quite extreme and take you completely by surprise.  January is Abruzzo’s coldest month, in the mountains it can often drop below zero and an open fire is very welcome to counter the nip in the air, whilst driving 40 minutes down to the Adriatic coast and the temperature in January is generally 8°C

Abruzzo Summer Sunshine
In the summer the average temperature of both areas is quite similar: 24° on the coast, 20° in the interior. It is a dry heat not humid so it is far from insufferable.  However, in late June & July it can climb to over 30° over the past 5 years reaching almost 40C, perfect if you are a beach bunny for developing that tan but probably not the best time to visit if you don’t like the heat.

Abruzzo’s mountainous ‘continental’ thermal temperature is always lower due to its natural air conditioning system.  The Apennines let out heat during the night, counteracting the lower temperatures caused by the higher altitudes

Abruzzo Rainfall
The amount of rain in Abruzzo is dependent on your location but right across the board, November is the month when it is at its dampest with the heaviest rainfall.  If you are driving in the mountains in November do beware of sudden descending mists and drive with caution and dipped headlights.

Abruzzo Snow
On average if you are at an altitude of 55 to 1000 masl within Abruzzo’ interior mountainous areas you should expect to have 38 days of settled snow a year.  If you happened to live on the Corno Grande or were camped on a ski-resort at 2000 masl or more you should expect (by past statistics) up to 190 days of settled snow a year. This makes the area great for skiing/cross-country skiing anywhere between December and the beginning of April.

(Incidentally, top marks go to the Italian snow ploughs at this time, no matter how small the road is, they are nearly always cleaned and unless you are going skiing it is unlikely you will need to put chains on the tyres).

See What to do by Season and Month!

How to get a mortgage in Italy as a non Italian

Castelli – Love it or Loathe it…

Lights Out in Abruzzo…