The Fight Against Oil to Protect Abruzzo 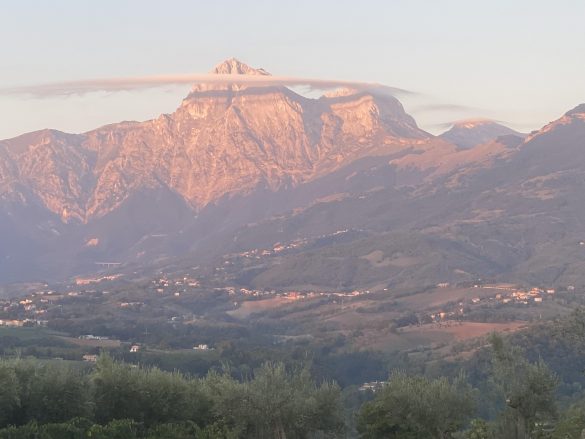 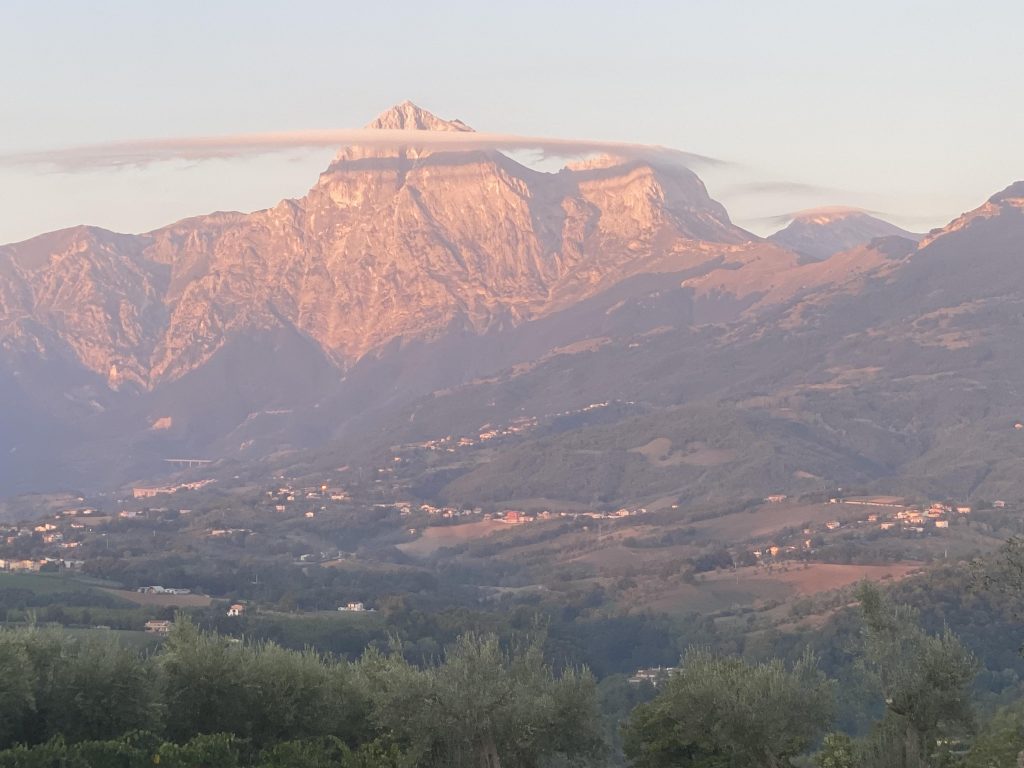 December’s Copenhagen Environment Summit is fast approaching, as is the year 2010 when the battle to halt the oil giants’ proposed carve-up of Abruzzo will become critically important; 50% of this seismically active region of Italy is being explored for oil by ENI, Petroceltic, MOG, Edison & Shell.

Click the map image to view where in Abruzzo ‘Oil’ Permits have Been Awarded & Are Being Processed.

Instead of poisoning Europe’s largest parkland, home to some of Europe’s most endangered species, and inflicting the same mistakes that Basilicata suffered on the Abruzzo population; instead of threatening its shallow Adriatic coastal waters enjoyed by so many tourists with a disaster similar to the recent Montara platform one in Australia, we are calling on Italian political leaders at the Copenhagen Environmental Summit to make a much-needed move away from wobbling fossil-fuel-fed economy that precariously feeds a select minority and keeps a few investors super-rich.

We urge them to be brave and say no to the proposed PetroCeltic ‘Elsa2’ oil platform proposed to be located off Ortona, to curtail all their current fossil fuel investment and invest alternatively in long-term economic solutions.  We believe this decision will help stamp out the ill-judged and ill-served bed-hopping amongst some local political leaders with bullish oil companies and allow them instead to serve the people & interests of Abruzzo who they represent.

Investing in alternative long-term energy solutions and methods of transportation to cease our oil dependency is the way forward, and one on which the heritage of Abruzzo and her small family-run businesses based in primarily agriculture and tourism depend on for their long-term economic future.

If a global lead is taken by the Italian government using Abruzzo as its example in promoting sustainability, then the 30 year moratorium that the WWF, Communes and people of Abruzzo are calling for will be acted upon, ensuring that before any further oil drilling or exploration happens in Abruzzo an in-depth scientific study is conducted to determine the economic & environmental impact on this precious and seismically active region.

Recently in Abruzzo there was a David & Goliath fight between the part-state owned oil and energy giant ENI and the people of Ortona, a small wine producing seaside town of Abruzzo, famed for its excellent Montepulciano d’Abruzzo.  Here in 2008, local residents fought and won a temporary reprieve until 2010 halting all Abruzzo oil ‘business’, and thereby ensured that ENI’s plans to build an oil refinery in Ortona with no detailed provision indicated for where the sludge remains would be ‘stored’ afterwards here in Abruzzo was halted.

ENI received ‘approval’ from the local mayor, Signor Fratino, a major shareholder of CIA, whose modus operandi is to provide construction and logistical resources to ENI. Mayor Fratino did not discuss local objections and worries but rather invited ENI to begin work on their refinery to bring a pipeline into this sleepy Italian town port whose fame outside of its Montepulciano d’Abruzzo wine awards are the terrible battles fought there in the 2nd World War.

A campaign was established by 3 local residents who formed Comitato Natura Verde, with the help of Maria-Rita D’Orsogna who lived in Abruzzo for 10 years and is a Professor at the Institute of Sustainability, University of California.  Together they woke up the local population to fight to protect the potential environmental and local economic damage that could be inflicted, as a result of which a moratorium was passed.

In May 2009, ENI announced it would be putting on hold its plans for building a refinery in Ortona, but has so far refused to confirm its future plans here or on the saffron-producing Navelli plain, nor around Teramo.  With no published plans it is ever more important that the WWF, Abruzzo Communes and residents demand that a 30-year moratorium to oil in the region is put in place.  Full & complete research should be carried out, exploring the economic, environmental & seismic impact of the oil industry upon one of Europe’s greenest regions whose coastline has been awarded by the EU 7 Blue Flag awards.

It has been argued by Mayor Fratino that, with this proposed moratorium, the region is throwing away riches that the Ortona oil refinery as an example can bring to the area, his definition of ‘riches’ being economic only.  Naturally if he could scientifically guarantee that there would be no long-term impact on any of the local heritage businesses who have built their farms & vineyards up over generations and employ local residents then of course he does have a legally watertight case.  However currently, there exists no research model to show the long-term impact of oil on one of Italy’s largest wine-growing regions.  Instead, there is only the evidence of what happened when ENI invested in another rural Italian economy – that of Basilicata, based in the national park of Val D’Agri  (inland and south of the Amalfi Coast) as the Financial Times recently wrote.

Figures that Don’t Add up for a Struggling Government

In Ortona, research has so far show that almost 5000 people could lose their agricultural livelihoods if the oil refinery does go ahead, but there are no plans by ENI or any other oil company on how they will retrain these families or any others in the region affected to ensure employment, nor what they will do when the oil companies finish tapping Abruzzo’s oil reserves.  The local Ortona Commune and any other Abruzzo Communes with ‘Oil’ income will be unable to help or support their local families as the maximum they would receive in income after national tax has been deducted could be 1% (or even lower).   With a national government already finding it difficult in helping to rebuild a shattered L’Aquila in the middle of a recession, one does wonder how they would they cope with the bill in subsidising families whose livelihoods had been wiped out through  oil in Abruzzo?

Sadly all too often local areas around ‘oil’ become a  compound of mobile homes or temporary ‘villas’ where the imported trained oil refinery workers live investing their monies purely in entertainment services from organised crime syndicates.  Their serious money goes back to be banked at ‘home’. With 6000 people still living in tents after the L’Aquila earthquake we feel that the communes and authorities in Abruzzo have enough to invest their monies in without being landed with the bill of extra police to stamp out organised crime.

We urge anyone with an interest in allowing the families of Abruzzo to remain on their land, growing their businesses safely and sustainably,for the protection of all its endangered species that live in Abruzzo, to please take any of the following actions to help protect Abruzzo.

Imagine the Outcry if Tuscany was Turned into an Oilfield

Save the Montepulicano d’Abruzzo Blog

A Geometra or Architect for your Abruzzo Home