Azzinano’s Murals – a Colourful Blast of Life the Abruzzo Way 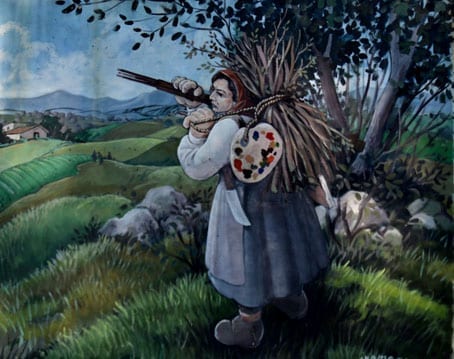 For those that want to take a leap back into Abruzzo’s recent historical & sociological past, the small village of Azzinano offers an emotive colourful blast through its unique open-air murals.  If you’re feeling a little fusty from trooping around sites in Italy’s living and breathing living museum and disconnected from people from viewing what can sometimes just feel a concentration of objects, this al fresco gallery can bring back a little soul.

Little Azzinano  is just 2 km up the road from Tossicia which was formerly the capital of the Kingdom of the 2 Sicilies for the region, and its pastel-coloured houses are adorned with large murals depicting scenes that embody landscape, dance, games, the play of childhood inspired by poetry.  It depicts a culture that is proud enough of its peasant, pobre roots to bring not so distant memories alive. The murals change as the light does over the day, as they do across the seasons as the sun bleaches the focus of their rich palettes.

Azzinano is the birthplace and home of the area’s most famous painter and sculptor, Annunziata Scipione whose works I love as much as she loves her land of Abruzzo.  Without any formal training her depiction of local life throughout the seasons is sublime and her characters with their frying pan-sized hands and stoops can be easily recognised still today when exploring the region.  It is little wonder that her images were used by the Post Office for stamps to commemorate ‘Holy Year’.  Hopefully soon the Tossicia Museum will open once again following its earthquake damage, wherein you can see a permanent display of her works. (In the meantime you can join her facebook group)

The murals follow her ‘naive style’  (think Gauguin) and they were first began in 2001, and organically grow between the 10th-20th August each year when artists from across Italy bring their new interpretation of past life to adorn the walls of the living; in 2011 there are about 20 to view.  Even on a cold grey wet day Azzinano is worth a little visit, there is a small arrosticini bar where you can stop for a coffee and afterwards you can either head off on one of the many well signposted walks that look across to the Corno Grande or go down and explore the incredible treasure chest of expressions and faces that peer out from the portal of San Antonio in Tossica itself. 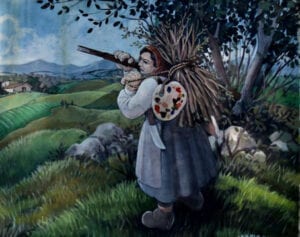 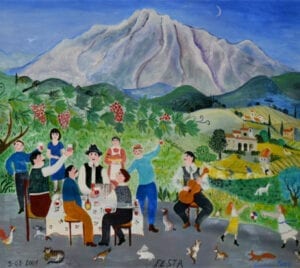 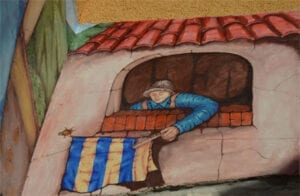 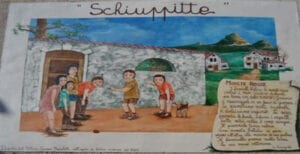 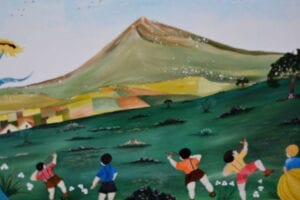 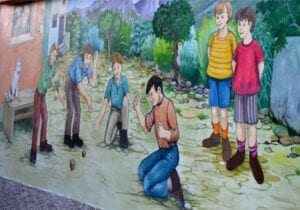 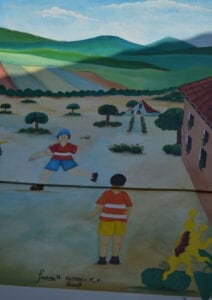 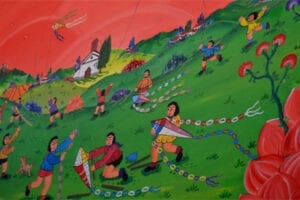 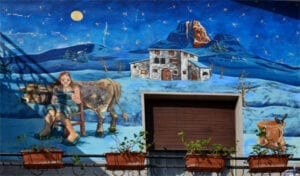 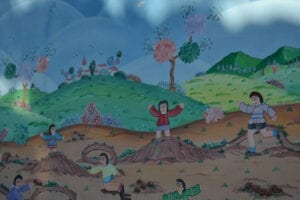 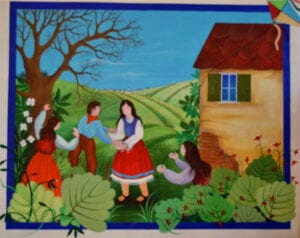 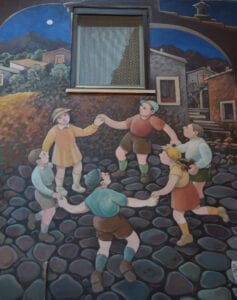 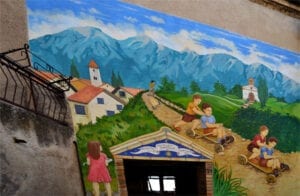 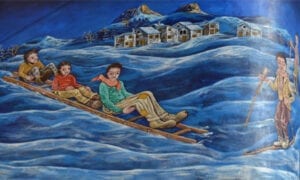 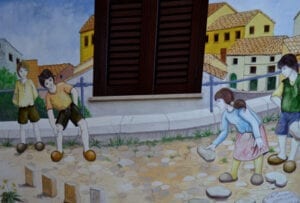 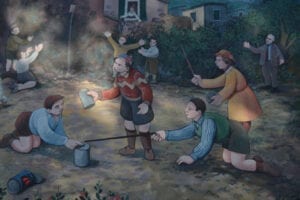