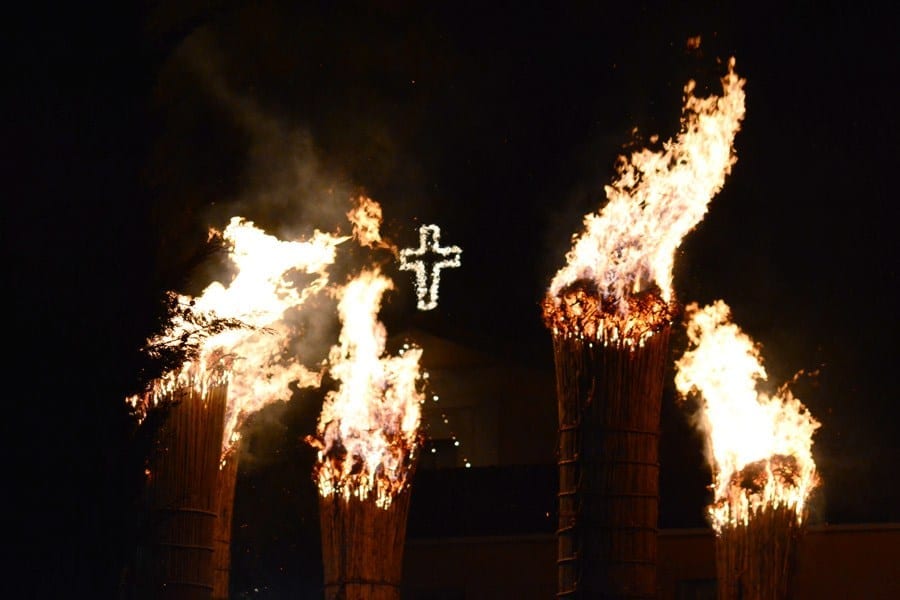 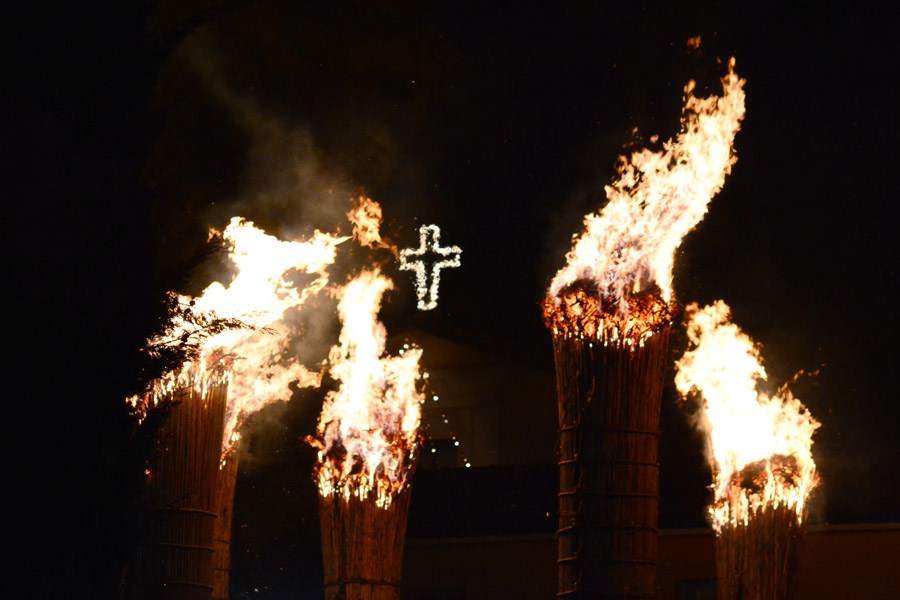 Victory re-enactments come in all shapes and sizes across Abruzzo and Fara Filiorum Petri’s combustible one is one of the highlights.  It is breathtakingly dramatic and very very loud, imagine 15 x 7 m high reed farchie interlaced with bangers being lit to celebrate an 18th-century defeat of the French!

In 1799 Saint Anthony Abate appeared in the town’s nearby oak wood setting it on fire to turn the French invaders on their heel.  As their way of expressing their eternal thanks to the saint of the ordinary people, the local townsfolk created the ‘farchie’ feast with a few historic pagan ablution rites thrown in.

Collecting the reeds for the farchie remains a job for the men who collect them over the winter from as far away as L’Aquila.  Building a farchia is an art, it takes a week of carefully knotting the reeds together, any misalignment can mean them toppling over when being burnt and causing serious injuries amongst the crowd.

The ladies within each Contradaioli (district) work hard, collectively cooking for each nightly feast to reward for those hard-working men! Imagine cooking 30 kg of pasta at night for your district to eat on top of your day job – that is what one lady I spoke to said she’d been juggling!   But it is a period that is looked at with fondness, like any good celebration it looks backwards and forwards and its feasts provide a perfect mid-winter pick me up until Carnevale comes bustling in. 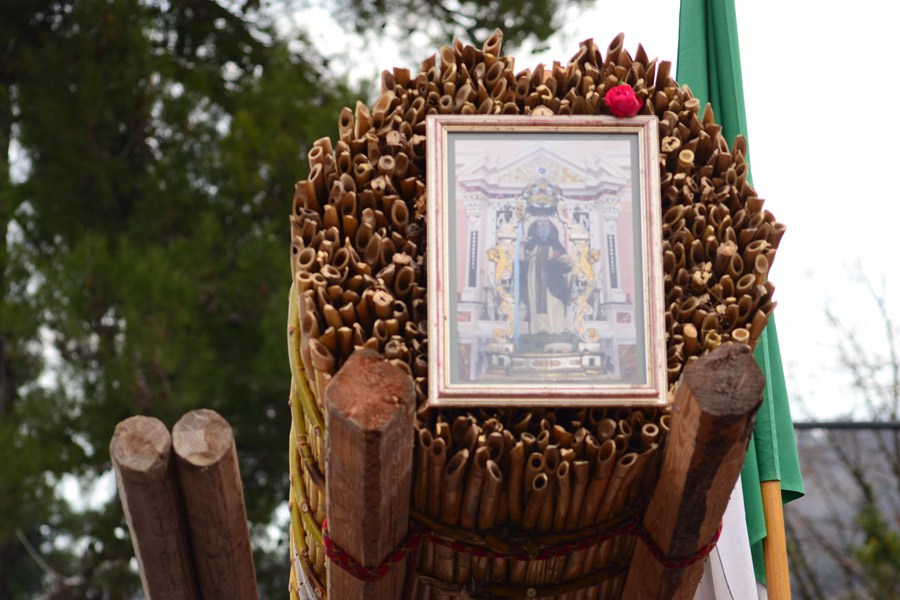 Once the farchie have been ceremoniously paraded and stood upright in the piazza, a Jack be Nimble skinny boy shinnies up each of the farchia, and he unties the heavy marine looking style knot ¾ of the way up each one.  It was at this point when I visited with my toddler son that, a similarly shaped knot began to grow in my stomach despite plenty of toddlers running about. That cord they untie is a string of bangers, which of course should have been expected, Italy is the land where having a good time equates to throwing a few and then a few more bangers.  15 x 7 metres high worth of bangers was going to be a lot for a 2.5 year old to handle.

The Farchie are lit, catherine wheels whizz, and of course, the bangers furiously erupt. Unsurprisingly my little boy had had a meltdown, we went for a walk till the firecrackers had finished but smiles returned as we walked back into the cemetery’s piazza and into the centre of the 15 farchie. Here circles of men create an electric atmosphere, belting out folk songs that I often hear but my rubbish British trained ears can never truly identify, accompanied by accordions, drums, and, of course fruity Montepulciano d’Abruzzo lubricant from demijohns.  At 7 o’clock in the evening it sounded good, I  am not sure what they sounded like at dawn!  The farchie are perfect for warming bones, although standing in the middle of the fires made me think of being one of those little plastic characters pushed into a spongy birthday cake surrounded by candles being blown and blown till they are all gone.

The Cradling Mother of Abruzzo Pasta

Halloween, All Saints & Remembering the Dead in Abruzzo

Win Tickets to Get Down with the Girls at Abruzzo’s...