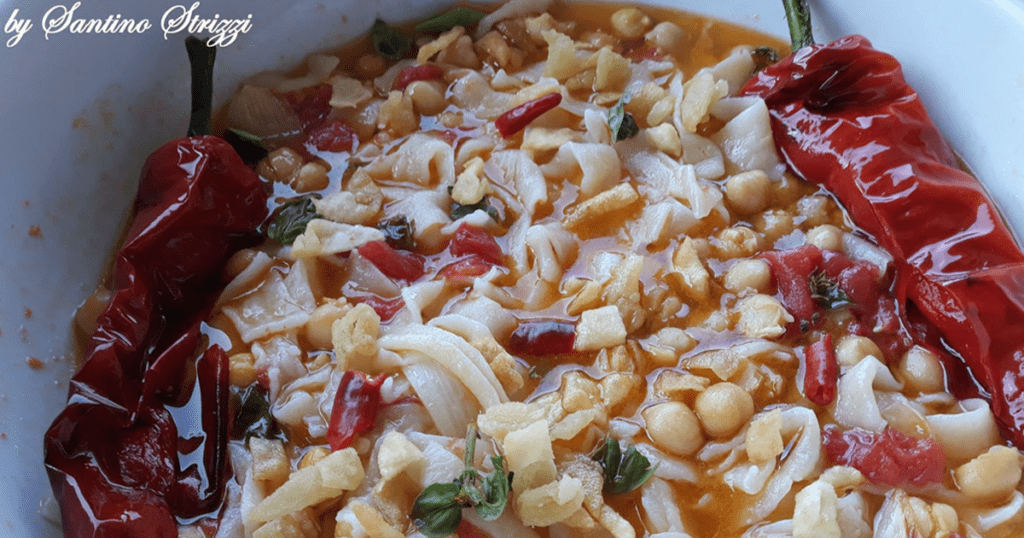 “Can you recommend good vegan restaurants in Abruzzo?”, was an email recently received in the  LifeInAbruzzo inbox. Dedicated ‘vegan’ and ‘vegetarian’ ones seem to come and go in the provincial capital towns and on the more touristy parts of the coast, but rather than spending time hunting out a dedicated vegan restaurant  I would  just walk in to one of the many excellent restaurants and agriturismo in Abruzzo and be surprised at how they rise to the challenge.   More often than not the  cook’s forebears would have been contadini (subsistence farmers)  and their diet was mostly meatless depending on just how low their income was, so trust and dip into the history of the region to show you just how good Abruzzese style vegan food can be.
One glorious local vegan pasta dish you may like to try is  a light sort of soupy pasta that is traditionally served with pulses, legumes and seafood.  The pasta, Sagnette is essentially eggless pasta  sheets made with  2 types of flour which have been chopped into smaller Sagnette (rectangular shapes), pèzze or a diamond shape known as tacconelle. 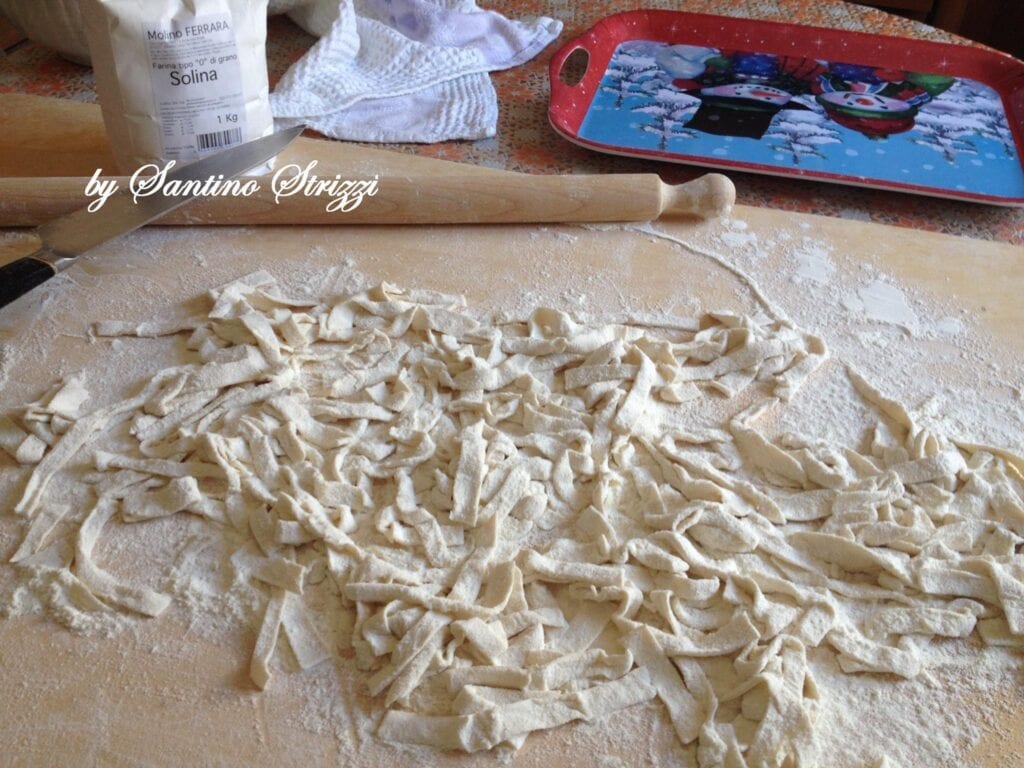 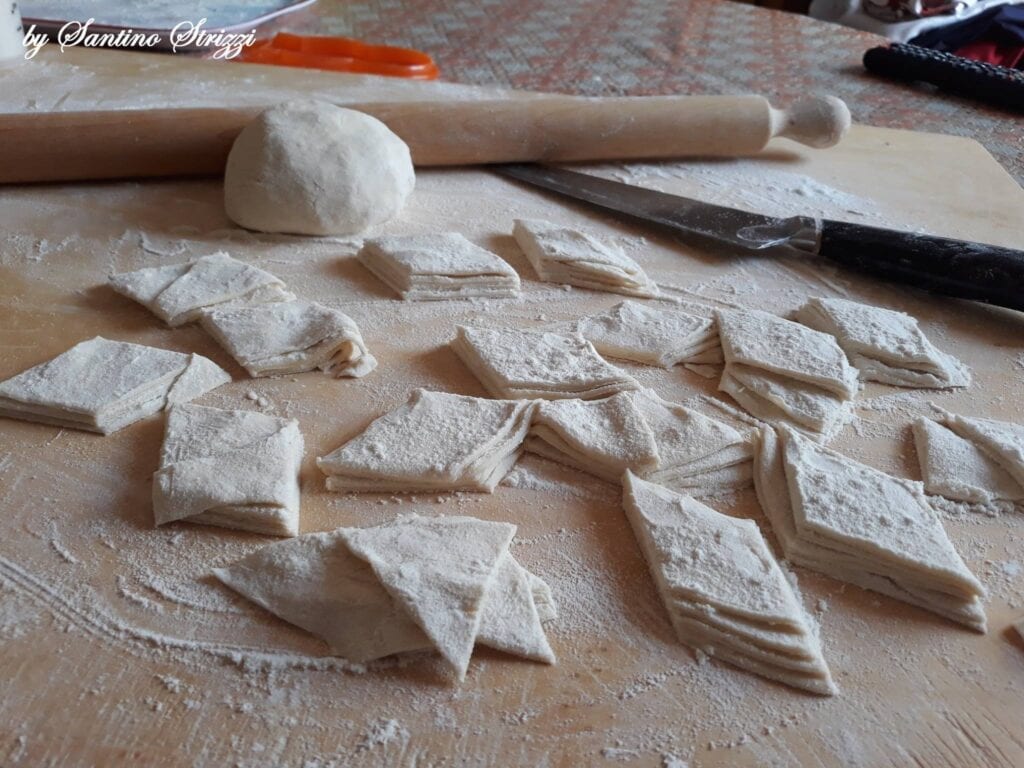 This ‘Sagnette, Chickpeas & Fried Sweet  Chili Pepper (Sagnette e ceci con bastardone fritto) recipe by Chef Santino Strizzi caught my eye as he had fried some of the sagnette to give a little texture and he recommended pairing it  with a young and fresh Cerasuolo wine.
Chef Santino Strizzi is famous for his love of sagnette, he has a facebook group dedicated to this type of pasta, risotto, he has created almost 500 recipes and  his extraordinary food carvings.
He still does pop up events in his dotage so do look out for him in Abruzzo or get some further inspiration from his Facebook feed where he frequently publishes weekly recipes.