Sagne, Guanciale and Broad Beans in a Pecorino Cream 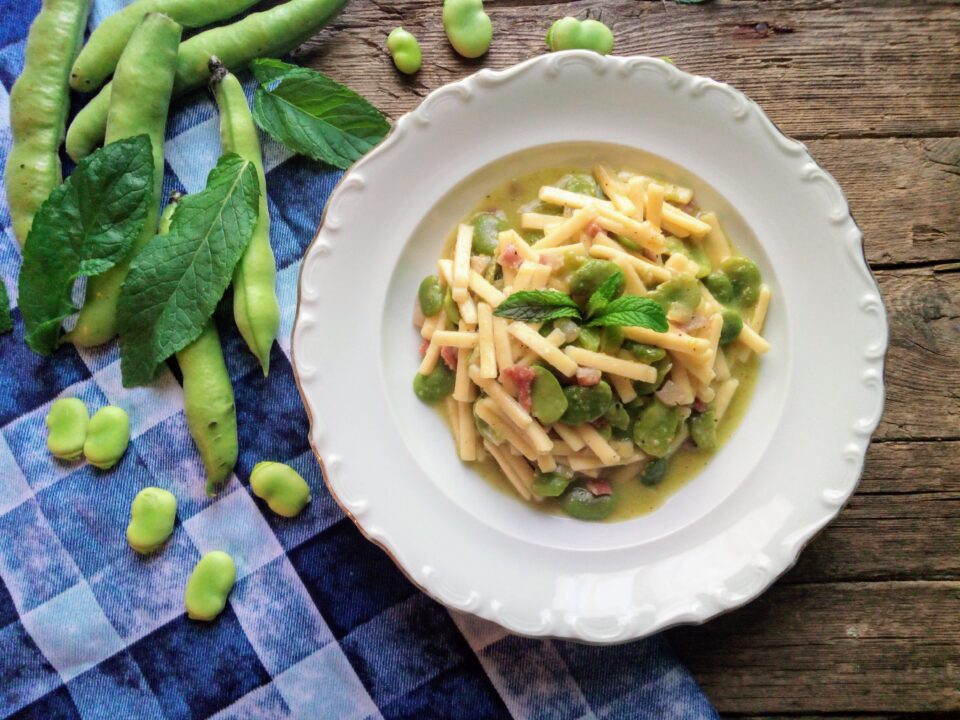 Luciano Coccia tells us about the harvest of his most longed for and ‘endangered’ crop, his broad beans (fave) and shares his Aunt’s recipe for an Abruzzese masterpiece, Sagne and Fave  (broad beans) for a springtime treat!

They are many like me who cultivate a vegetable garden, which literally borders the woods and who find themselves having to deal with wild animals especially the frequent nocturnal visits of wild boars and roe deer, which often massacre a long-awaited harvest!

Living with this reality is not always easy!  However, the respect I have for nature and my own attitude, so to speak, rebellious and somewhat anarchistic allows me to accept the pitfalls with a sort of resigned fatalism.  I believe everything subverts the established order, even when hidden under the harmless guise of a small country garden.

Over the years, however, I have learned to understand the habits and even the tastes of all these animals from the experience passed on by the old peasants and farmers who have helped me. My aunt, for example, planted garlic and also flowers, especially roses, at the edge of her garden peas.  She said were good at keeping the boars at bay who, rooting in frustration, kept away from their odour which was unpleasant to them. However, that tip does not work with the Roe deer, nor with the Porcupines. But the latter are shy animals, which almost never come close to homes. For some time now I have been growing the most endangered vegetables of all just outside my home, broad beans, fave!  And in memory of my aunt and her good advice and their bountiful harvest, here is her Sagne and Fave Recipe tweaked only a little to make this a true Abruzzo masterpiece. 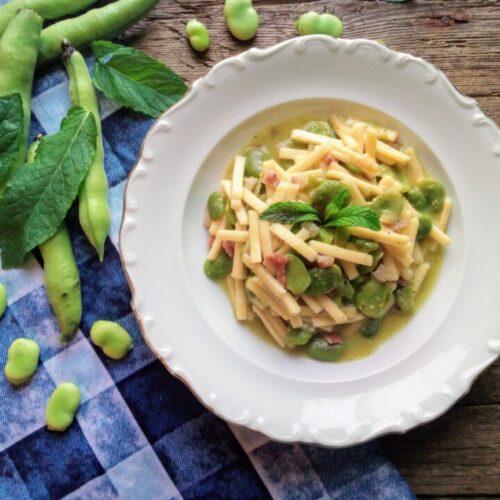 The Gran Sasso: Where the Peak Stops and the Sky Begins

Time to play king of history and the mountains! Gr

Sights and flavours from Abbateggio (PE) and its d

It's Friday, that must mean it's Abruzzo door day!