From the Extraordinary Sound, Film and Photo Archive Taken by Don Nicola Jobbi 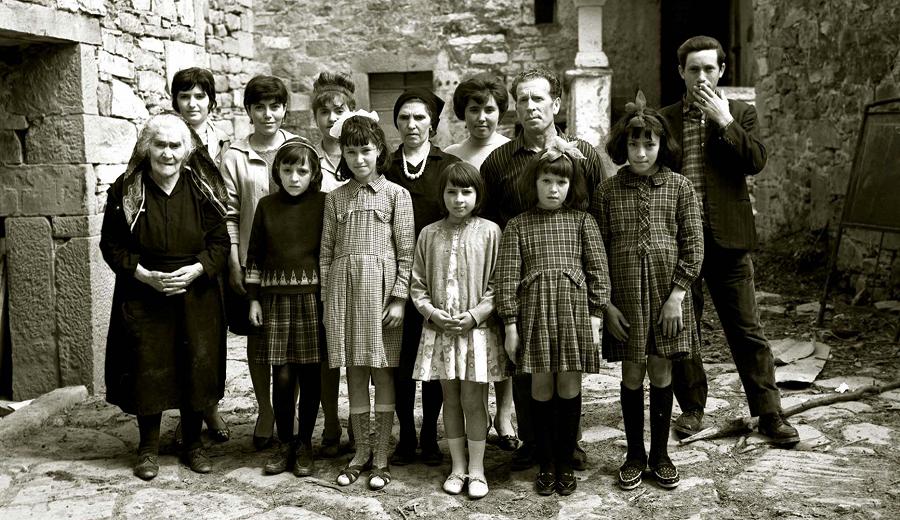 L’ascolto e la visione (Listening and Vision) is a small but wonderful multimedia exhibition in Rome, running from May through to August.  It chronicles the communities of the mountain villages that sit on Teramo’s Gran Sasso range and encircle Cerqueto di Fano Adriano, as recorded by Don Nicola Jobbi.  It starts in the early 1960s and stretches to the beginning of the 1990s, built around an archive of uniquely captivating photographs, films and audio recordings created by its extraordinary local priest of the time.

Location of the Villages

First, a little background on these villages, which have seen each of their populations dwindle, as evidenced by the stark graph below for the Comune of Fano Adriano alone.

Many families left for work, whilst others made a lifestyle choice, opting (often reluctantly) for the relative convenience of city life over living in an isolated pastoral mountain community, particularly after the hardship of the Second World War.  I have been told tales of children from these communities that were sent to Rome to work on farms to ensure they ate and were fattened up with sweet wine.  Families left for Rome, Pescara, the USA and Canada and, although they sometimes come back in the summer and for sagre and festivals, today there are just 257 full-time residents.  Today in the comune there is the equivalent of 970 elderly people (understood as over the age of 65) for every 100 young people (people under 14 years of age), it’s a challenge to ensure these villages don’t die out!

If you are an English speaker with an interest in Abruzzo the chances are you will have probably read ‘On the Spine of Italy’ by Irish poet and Dublin University lecturer Harry Clifton, who lived in one of these little villages, and was thoroughly miserable for a year and shared his gloom.  These villages are a world away from those idealised in ‘Under the Tuscan Sun’, but those who live here are no less rich in their traditions and culture, which is what Don Jobbi captured so brilliantly and what Gianfranco Spitilli has so painstakingly curated from his vast archive.  This contrasts so positively with that of the area defined by Harry’s sense of enforced isolation that it should in our opinion redress the balance.

Jobbi’s recorded encounters with members of these communities are a one-of-a-kind cultural, social and political experiment; no other priest has recorded their flock as he did, immersing himself in their rich oral storytelling and traditional song and seeing the value therein enough to want others to share the history, culture and hospitality of these folk, and record it for posterity.  He is regarded as a pioneer in the field of ethnomusicological and anthropological research, which lead to his founding of the Ethnographic Museum of Traditions in Fano Adriano. 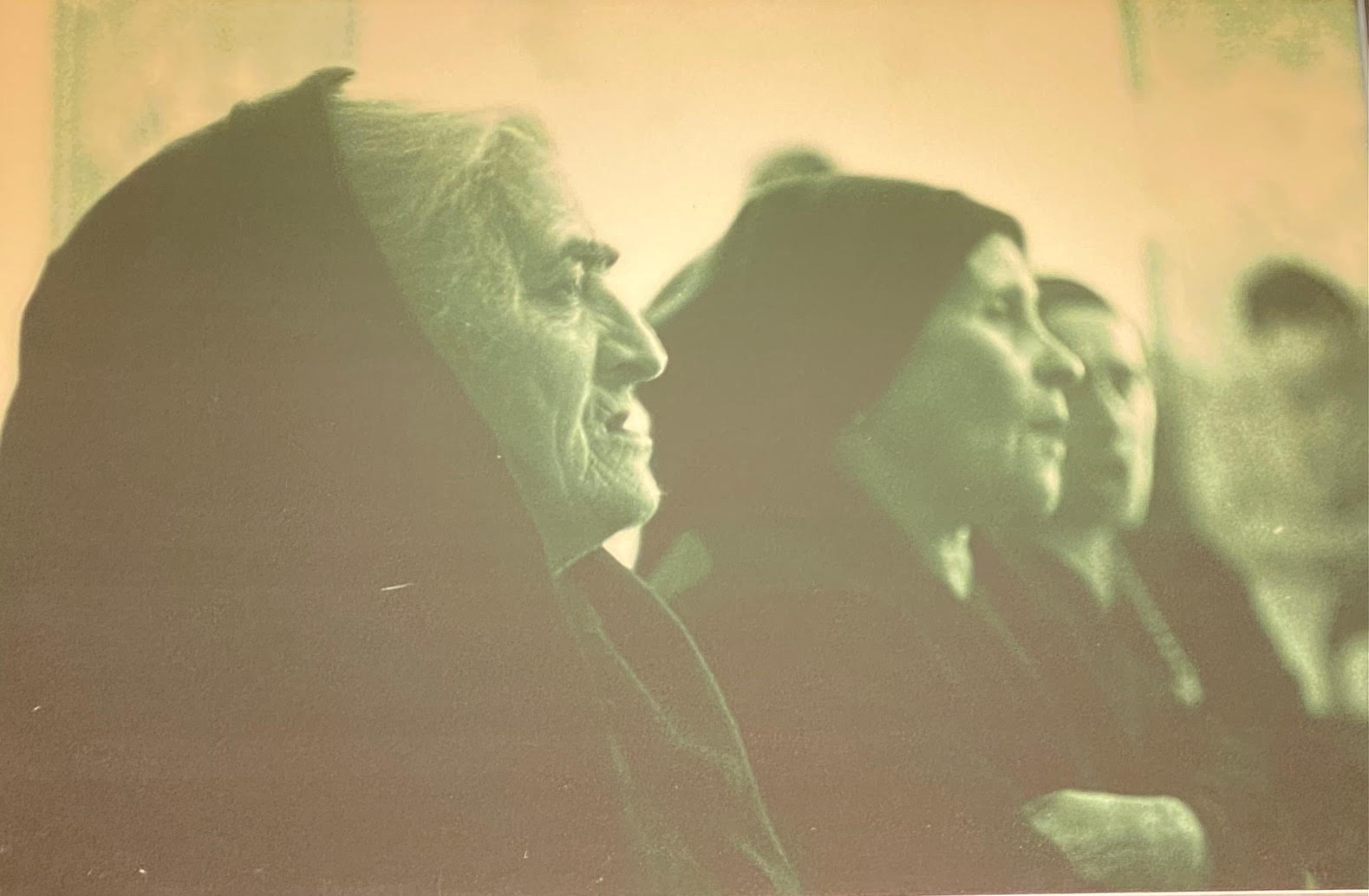 The exhibition allows the visitor the chance to hear the voices of those in the photographs and on film, speaking in Italian and dialect, singing at church, the pop music of the time and the now extinct poly-vocal ‘Vatocco’.  The song bears a message of love wrapped in mysterious contents, inspired by legends, shepherds’ stories, and ballads. Voices play and chase each other, constantly searching for a fragile, yet touching, harmony: read more on the Gran Sasso Lago ICH site or view and listen to the videos and recordings archive here if you can’t make the exhibition! 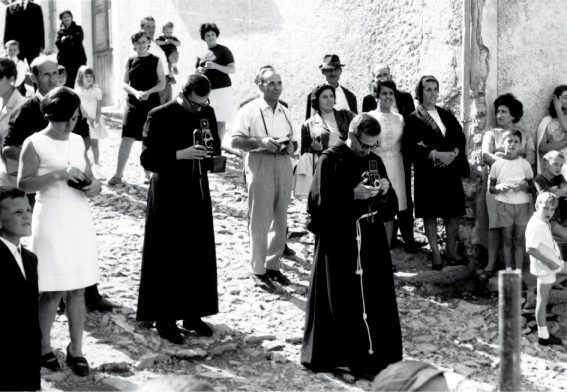 The exhibition is divided into 4 sections (“A multiple formations”, “The discovery of the mountain”, “Don Nicola in Action”, “Listening and visions”).  The exhibition offers photographs, sound documents, videos, and sound installations (accessible via QRcode) that tell the history of Don Nicola Jobbi, his training, his approach to the mountains, his ethnographic passion, indissociable from the pastoral vocation and religious and social commitment over 2 decades.  My favourite part of the exhibition was walking into an area that gave the impression of walking into a typically dim, flickering lit living room, a row of photos on the mantlepiece and listening, putting sound onto every person captured in the frame.

What you take away from the exhibition is just how quickly change has come to even small conservative communities.  Without this incredible record, particularly the audio recordings, their differences, traditions and culture would be lost to today’s homogenous mass. 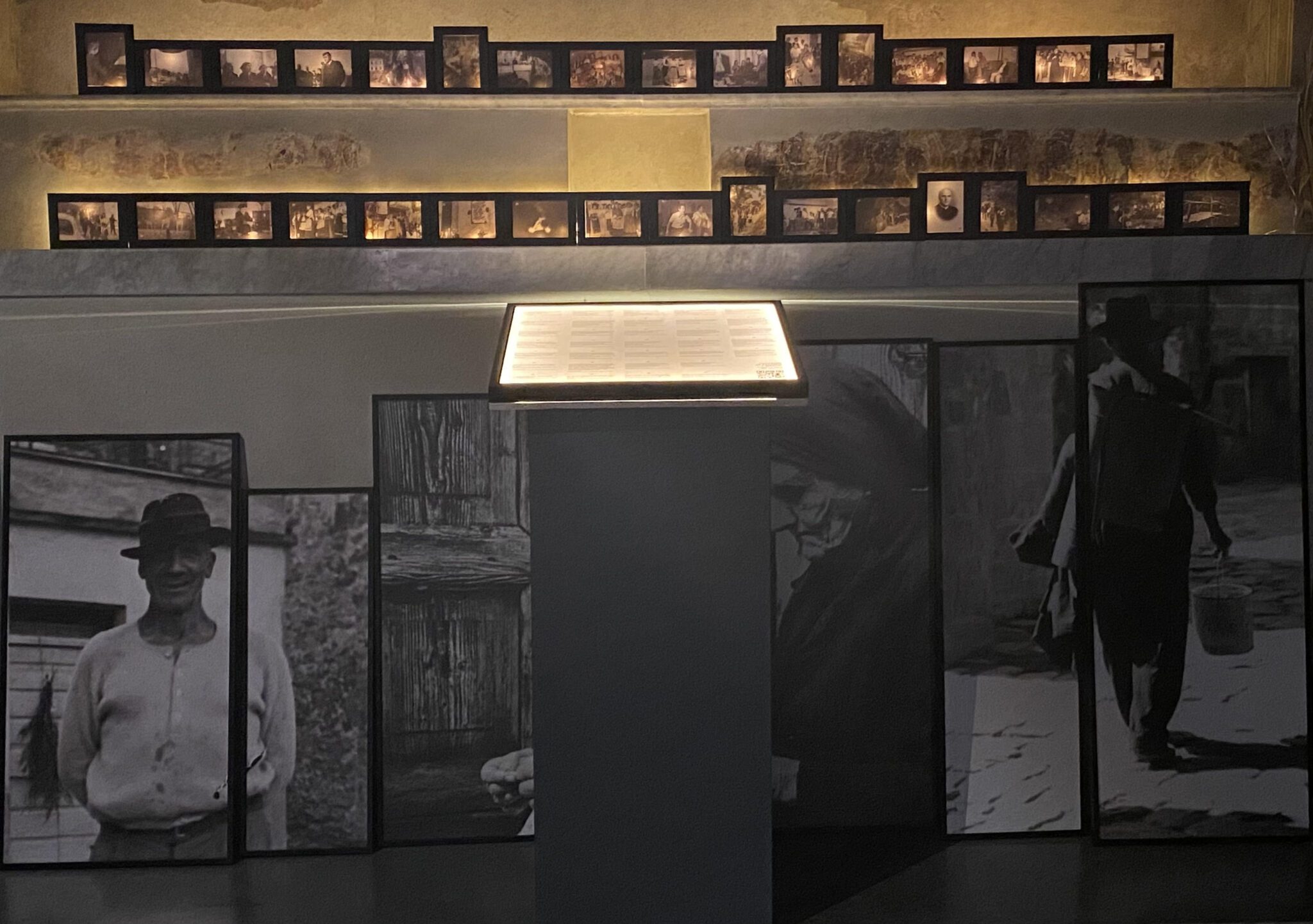 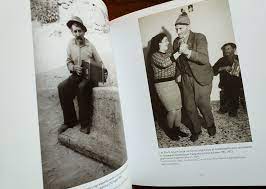 If you can’t visit you could buy the book!

Yes, it is in Italian for those not yet fluent, but is immersive enough to take you on a journey and can guide you on how to tap into the online resource of recorded and filmed materials that accompany each of the pages.

The book itself is €30, shipping within Italy is €13 and can be purchased via Ebay.  International shipping can be arranged upon purchase via email with the associazione.bambun@gmail.com.

How to Visit the L’ascolto e la visione Exhibition

The Central Institute for Catalog and Documentation (ICCD) deals with the protection, conservation and enhancement of its historical photography collections. Its history begins at the end of the 19th century with the establishment of the Photographic Cabinet, created to document the national cultural heritage. Thanks to this activity and the acquisition of important photographic funds, the Institute now boasts one of the largest collections of photography, with about 7 million phototypes ranging from 1840 up to today.

Sagne, Guanciale and Broad Beans in a Pecorino Cream

The Living Nativity of Cerqueto

A Guide to Getting Married in Abruzzo, Italy