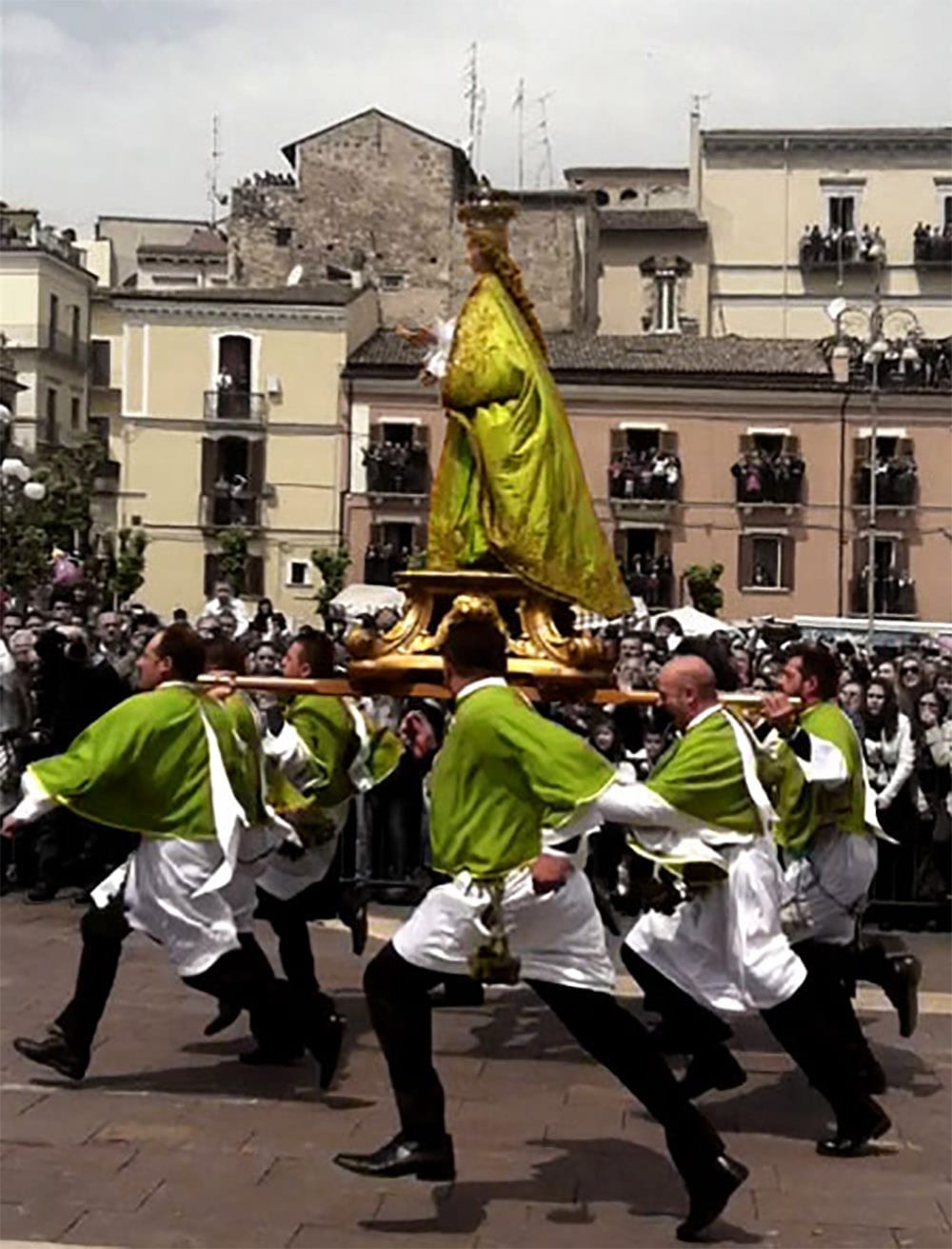 Sulmona’s Easter re-enactment of ‘La Madonna che Scappa’ (Running Madonna) is a great reason to swing by this medieval city, famous as the birthplace of Ovid, sugared-almond Confetti and red garlic) on Easter Sunday morning.

The La Madonna che Scappa ceremony has been taking place since the 11th century, organised by the Santa Maria di Loreto Brotherhood, whose male members the Lauretani wear white tunics with a shiny green cape to symbolise purity & hope. It’s interesting that the younger members seem instructed not to wear earrings although individuals’ sneaky bangles & bracelets remain semi-visible under all the symbolic robes.

They enter the Piazza Garibaldi at 11.00 led by a brass band, some members carry aloft statues of St Peter & John who are reported to have been the first to witness the ‘rebirth’, while others carry heavy lamps topped with white tissue rosettes. They carry a statue of the risen Jesus which is carefully placed down by the red-curtained central arch of the biscuit-coloured arches that form the Roman aqueduct that frames Piazza Garibaldi. An open-air mass with choral chants is led by the Bishop of Sulmona and the piazza begins to fill till by 12 noon you are left feeling a little squeezed as every step and balcony is packed tight. It’s amusing to listen to the banter of locals who vie desperately for a good view through the gathering, remonstrating at anyone who happens to be of a higher-than-average height… 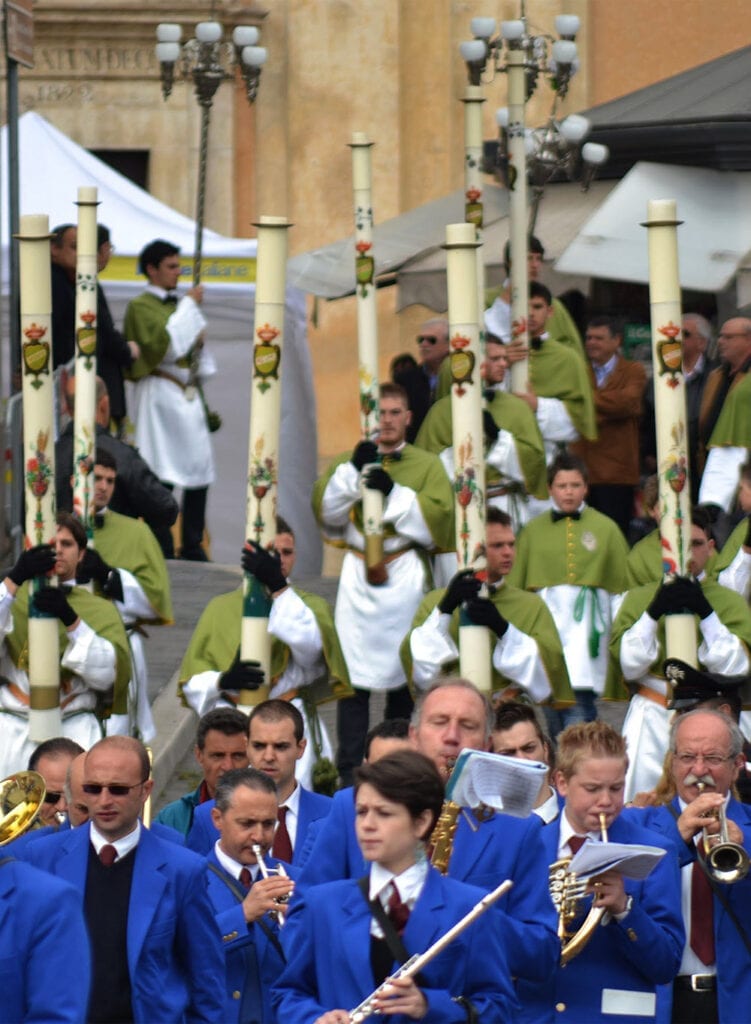 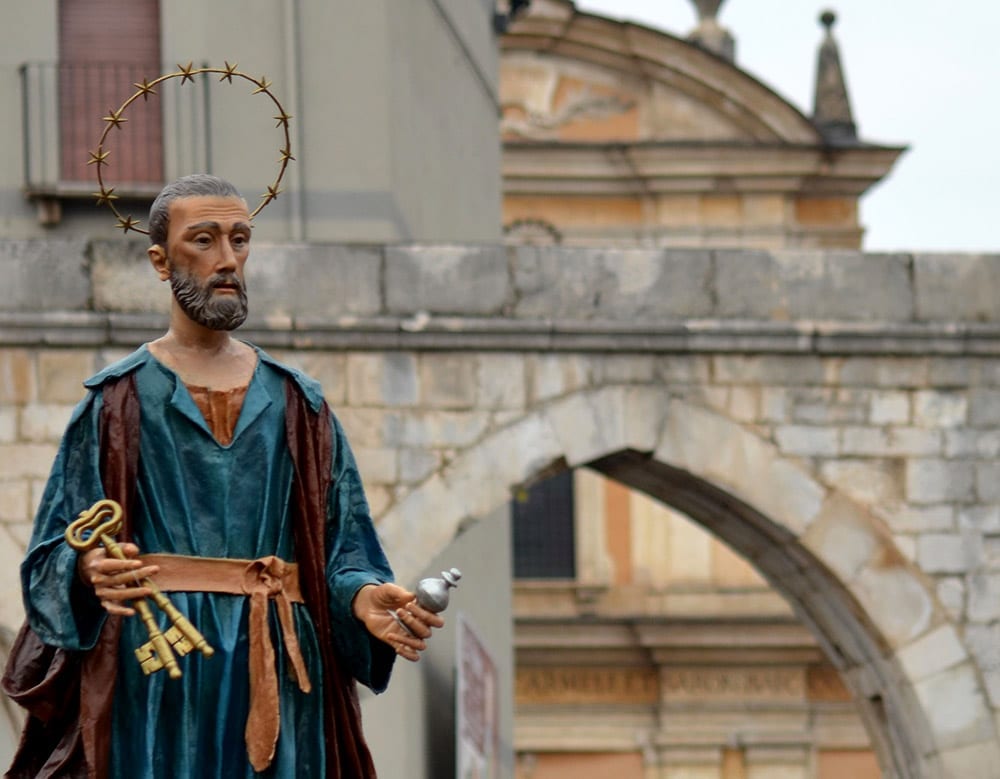 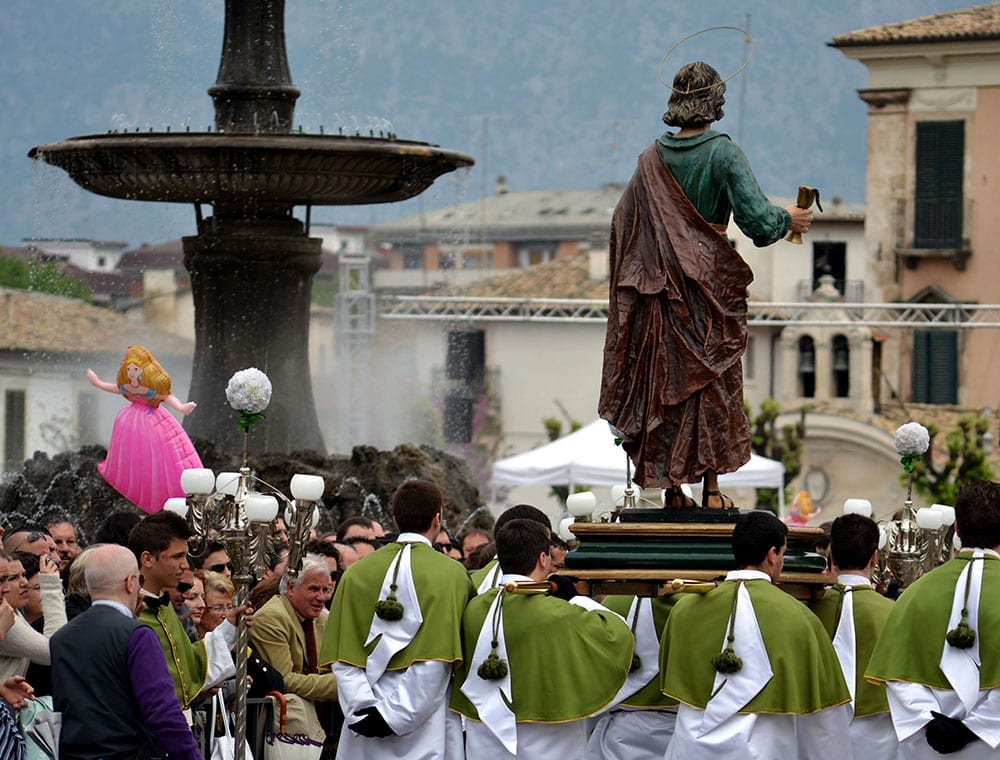 At noon the statues of the saints are paraded down to the C14th Chiesa di San Filippo Neri, where they take it in turns to cajole the statue of Madonna of Loreto, shut inside the night before her son is resurrected. After three attempts she finally comes out of the church door held aloft by six Lauretani and dressed in a black mourning coat, holding a white handkerchief. Down the steps, she travels and into the main passage of the piazza between the crowd followed by the two apostles. 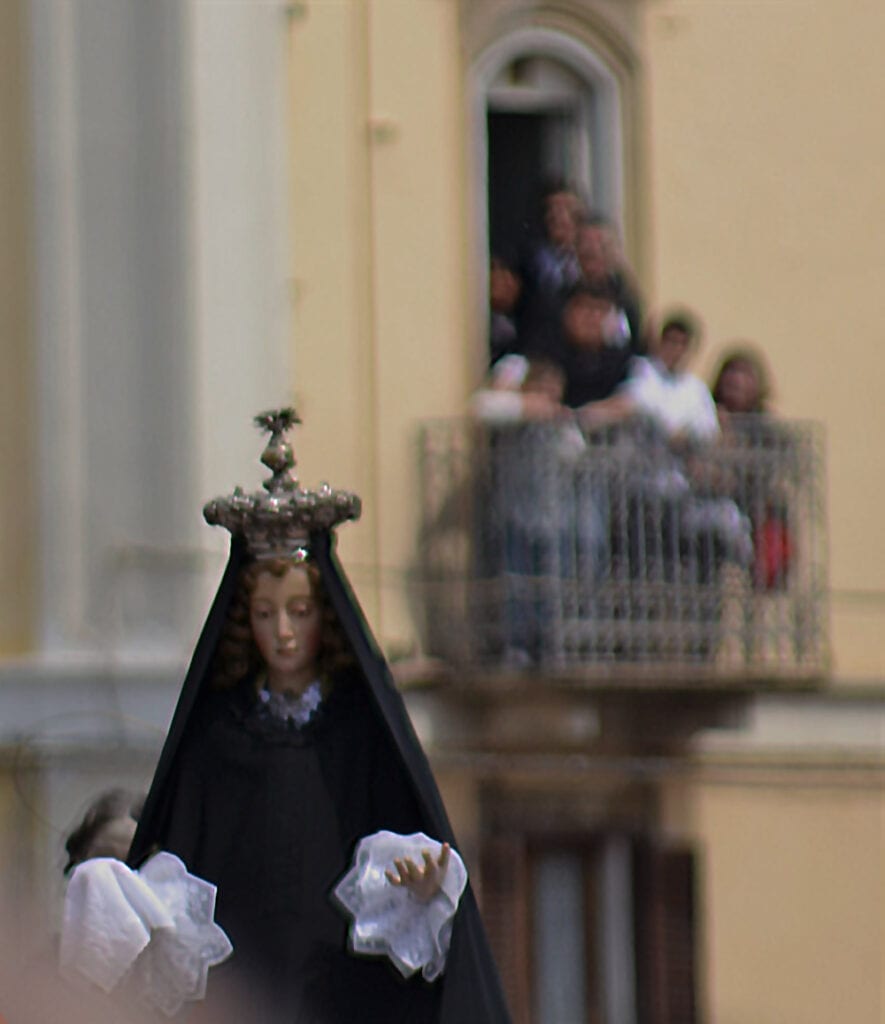 Suddenly she sees her reborn son and with a loud swoosh and a bang her mourning cloak is whipped away to reveal her bright green dress that signifies new life; twelve doves break free that are held under her cloak and bangers explode as the Lauretani dash and she appears to fly joyously, rather than run perhaps, to embrace her son waiting at the end of the piazza. Bells peal, fireworks are left off, the band plays and the crowd embrace and celebrate the pinch of folklore and superstition that is attached to the enactment; if the mourning coat falls off correctly and the doves fly high it will be a bountiful year for their crops.

To me today, the event acts as an allegory to the arrival of Spring throwing off the dark winter months and the growing green of Abruzzo as new shoots take hold. The rush of hope and the excitement as the Madonna races towards her resurrected son mirrors the end of the  ‘hungry months’ and the gleeful celebration of the arrival of crops, livelihood and riches to happy families.

A Stop in Sulmona to See Abruzzo Traditional...