Sometimes, Better is Behind Us :The Vinum Hadrianum Story 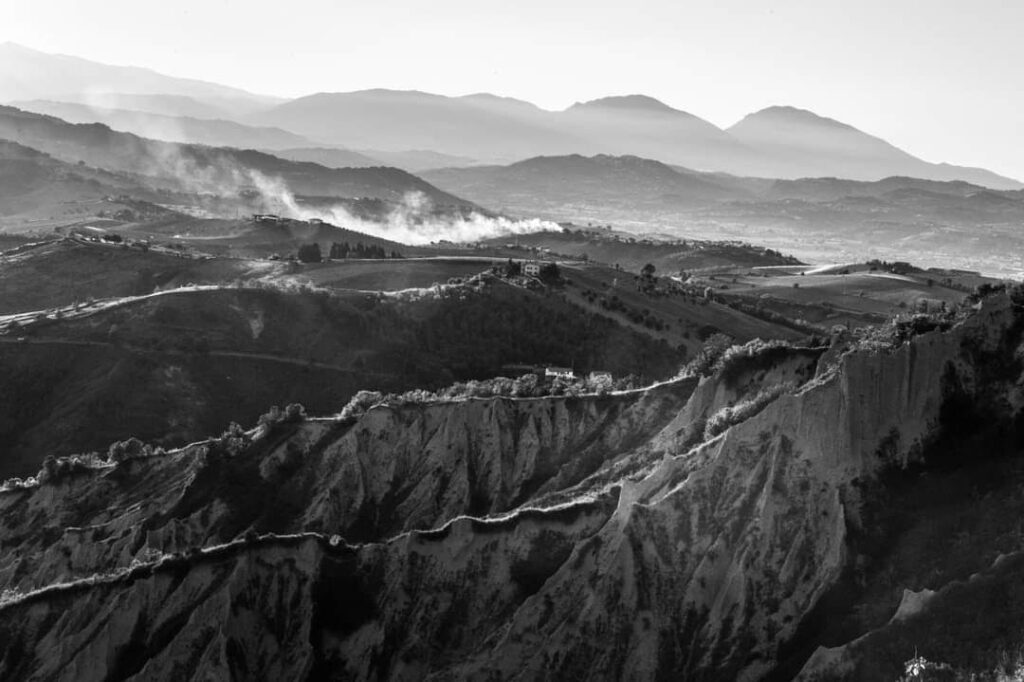 Did you know Atri was name-checked by Pliny as a famous city of wine?  A reputation that grew not just from the fabulous grapes that were cultivated in its surrounding foothills close to the Adriatic, but relied on its superb amphorae that used the clay of the calanchi, to make these ancient elongated wine vessels that have been dated back in the area to second-century bc.

Not Just For Locals

Having strong vessels to macerate, age and transport the town’s wine allowed its reputation to grow beyond the province of Teramo and Abruzzo.  It travelled along to the towns of the Adriatic down and round the Mediterranean and the Aegean where it became known as ‘Vinum Hadrianum’, Hadria being the Lati for Atri. Today there is a new Vinum Hadrianum, a cantina in Atri that is one of the generous prize givers to our Peace Raffle for UNICEF. We asked them to give us a little background about turning their back on modern methods of ageing wine in barrels and their return to the methods of their ancestors and using amphora in their winemaking process. 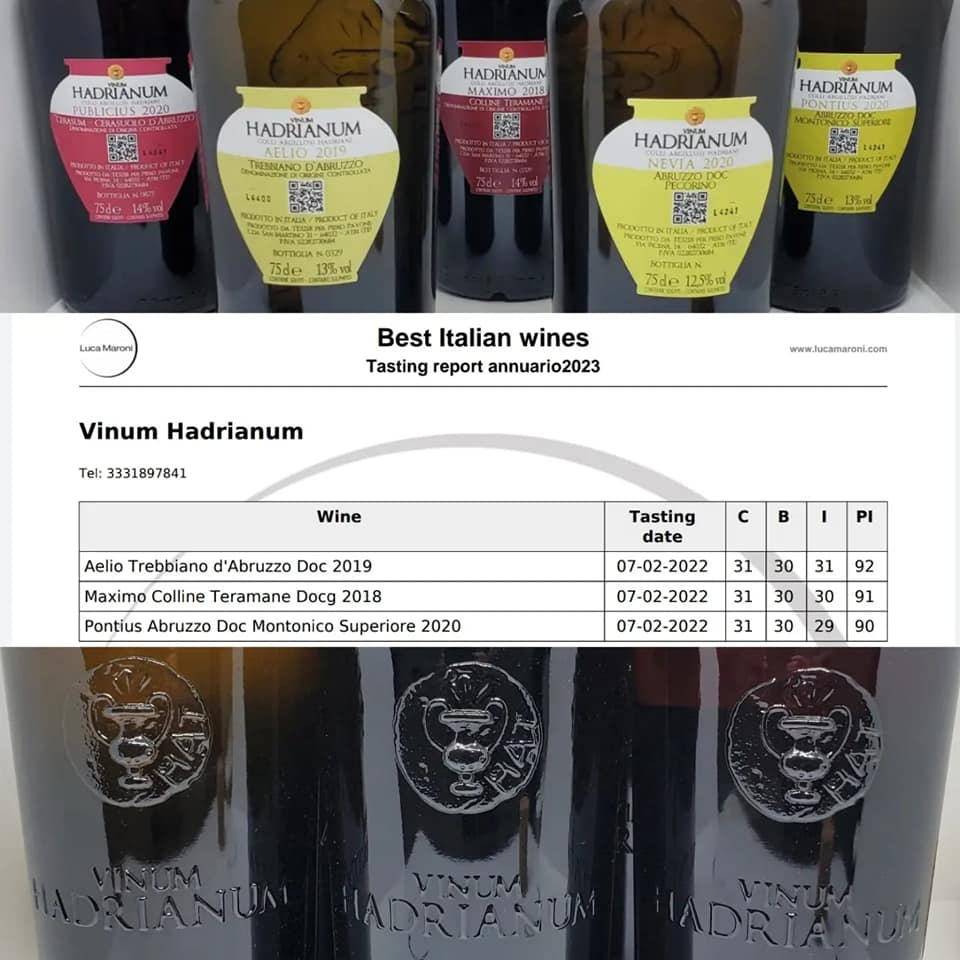 “In mankind’s relentless pursuit of perfection, it’s all too common for some of our most exceptional achievements to be left behind.  Our relentless passion to innovate seduces us into believing that perfection lies just beyond the horizon. However, a good argument can be made that some accomplishments should be embraced, not erased.

Consider this: Many of man’s greatest accomplishments date back to the time of the Roman Empire and beyond.  Remarkably, many of the world’s most towering achievements that took place more than 2000 years ago have neither been improved or replicated by any generation that followed.

Countless triumphs in engineering, art and architecture have never been bested or matched.  Even the production of wine—nectar of the gods—was accomplished using superbly innovative methods.  Yet, in the thousands of years that followed, these insightful techniques fell victim to the common belief that there must certainly be a better way.  While that conclusion may in part be true, good arguments can be made to the contrary.

There is ancient history in every bottle of Vinum Hadrianum wine.

Amphoras Revisited:  Before the Barrel

Modern winemaking largely revolves around the use of tanks and barrels for maceration, fermentation, ageing and storage, but for thousands upon thousands of years, a very different vessel was used.  Traced back to Georgia some 8000 years ago, these earthenware amphorae were remarkably efficient and did a superb job of enhancing the regional characteristics of the wines.  Over the centuries. these enormous clay vessels became very popular throughout what we now call Europe.

At the height of the Roman Empire, 2000 years ago, making wine in immensely large amphoras was considered an essential part of the winemaking process.  But things change and, not surprisingly, in time, clay amphoras largely went the way of the dinosaurs.  Luckily, thanks in large part to the practice of burying the amphoras in the ground up to the vessel’s neck to ingeniously control temperature, many artefacts were left behind and enabled us to develop a clear understanding of how wine was made at the beginning of the first century.

With the help of world-renowned potters, every amphora used in the ageing of Vinum Hadrianum’s finest wines is handcrafted by a Castelli artisan. What makes these amphorae especially unique is that their world-renowned artisans make them from extraordinary locally-sourced clay that has been prized since Antiquity for its ability to produce superior pottery which is both lightweight and strong.

Their strength made them ideal for transportation also allows Vinum Hadrianum wines to age for decades without intervention. The amphorae are sculpted in a local cave where the artisans bake them in kilns, just as their ancestors did. The ability to store and age wines for long periods of time ensures ever-growing richness and complexity.

Nothing could surpass the amphorae as a means for ageing wine during Antiquity. While the wines might take on the complex, nutty aromas synonymous with an oxidative ageing process, they would remain deliciously drinkable by the time they reached their destination. Amphorae containing wine, such as the ones we use at Vinum Hadrianum, were shipped all over the Roman Empire to much acclaim.

Many modern winemakers across the world’s great wine regions have chosen to craft their wines using this ancient technique with Italy being recognised as a leader in this style. Although many other countries produce amphora wines, it was the Italian versions of this style that were the first to receive praise from wine experts and began to be collected by connoisseurs.

Making wine in amphorae is a virtually unrivalled means to produce wine in a non-interventionist way, allowing the aromas and flavours of the grape to show their best. This is an ideal style for wine purists who value experiencing the natural characteristics of a grape variety. Take a sip of history and discover the power and elegance of amphora wine.

What to expect from the 2011 Abruzzo Wine Harvest