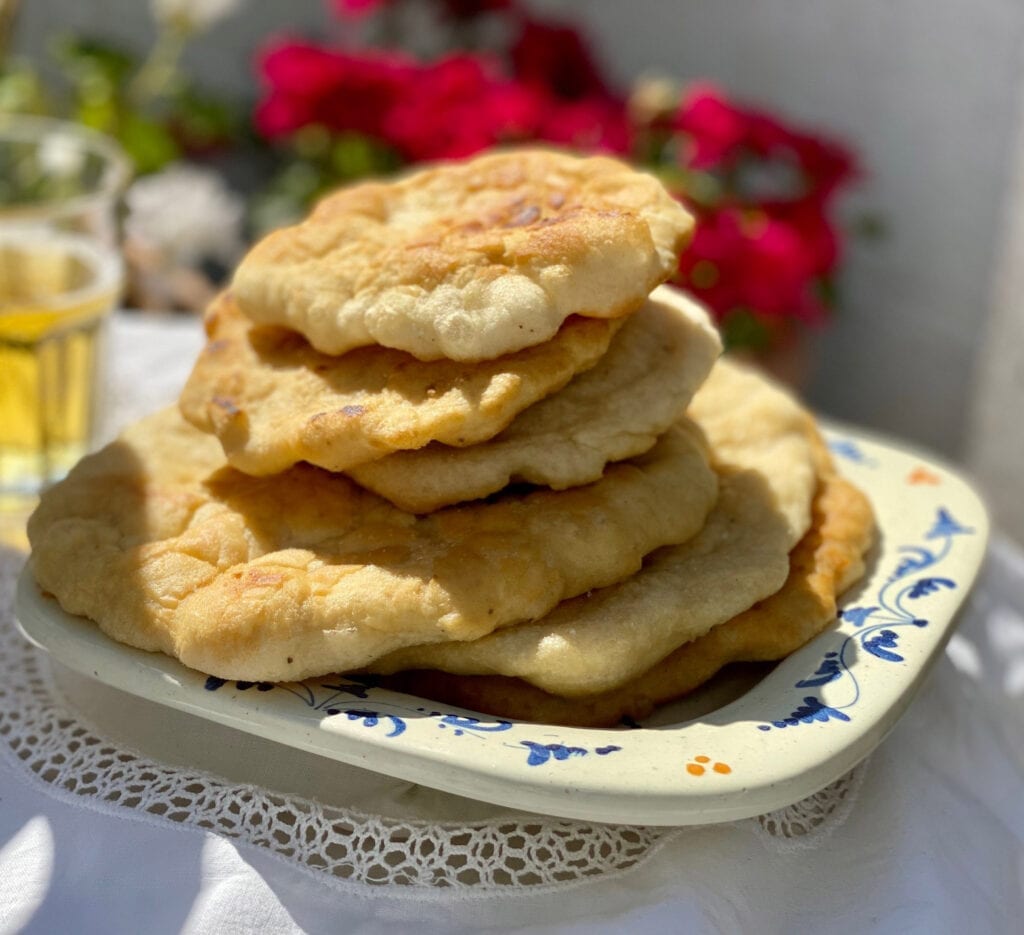 One of the best ways to channel Abruzzo when you’re far away is to cook its famous fried pizza, known as Frittella or Pizz’onta.  It’s a delicious golden downy inheritance from the days of cucina povera; a simple a quick-fry bread that could be taken to the fields to eat alone or with a slice or two of prosciutto, or pecorino cheese.  Today, it’s revered, greedily gobbled down without a second thought about carbs and fried foods at many a sagra, or when following your nose as you pick up the smell of your neighbour cooking and handing them out.

In typical Abruzzese fashion its story lies in the necessity of nothing going to waste; dough scraps which were rolled into a ball and then pulled into shape or rolled out to be shallow or deep-fried in olive oil or lard.  Now of course it has its own recipe and like all things wonderful it requires a little patience.  Before you let the dough prove for its final, second stage you want to see plenty of small and big bubbles pushing up at the top of your dough, once fried and sprinkled with a little salt, those bubbles become the peaks and foothills of Abruzzo’s undulating landscape in this golden heaven.

To get the true rustic experience, forget the napkin and grab a piece of kitchen paper, their nickname ‘Pizz’onta’ in dialect means ‘greasy’ and your fingers and lips will be after eating, but go with it and enjoy the delight, you only live once! 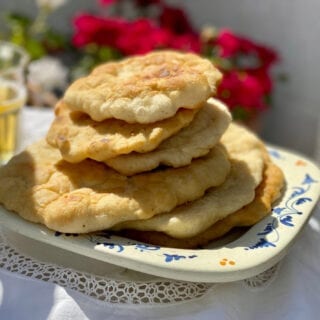 Keyword Breads, Pizza
Tried this recipe?Let us know how it was!
ShareTweetSubscribe

Peace & Beauty in the Exquisite Santa Maria in Valle Porclaneta