Peace & Beauty in the Exquisite Santa Maria in Valle Porclaneta 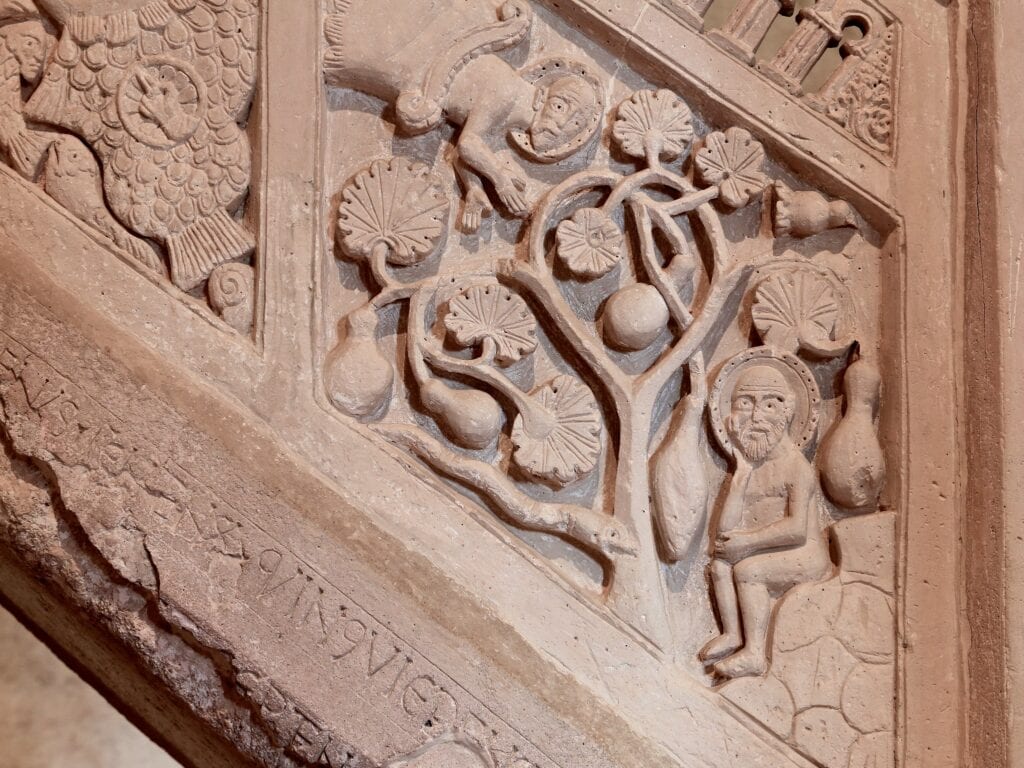 It is very easy to miss the church of Santa Maria, for it lies far away from the road to anywhere. The road to it lies through Cappelle, and then through Magliano de’ Marsi and finally Rosciolo. Just when we seem to be running against the back wall of the valley, we find the church. There she lies, close under the steep, wooded hill, at the end of the world, and very solitary.

There are not more than two houses near it, where once was a flourishing town, the Villa Maggiore, raised by Charles of Anjou in 1268 , presumably for the support it gave to the young Corradino.  All that is left of the church looks unremarkable, a barn-like structure with a pretty apse and a window looking to the south. The porch is open, and above the door, in a lunette, is a delightful fresco of Mary with an angel on each side, of the early fourteenth century. Also a lovely fresco of Santa Lucia. There is no key here to the main door by the way, you will need to fetch the one at Rosciolo (ask in the bar).

The interior is exquisite. The place was begun in 1048 by Berardo, Count of the Marsi, who made it rich by giving it the castle and town of Rosciolo before he gave the whole to the Benedictines of Monte Cassino in 1080. 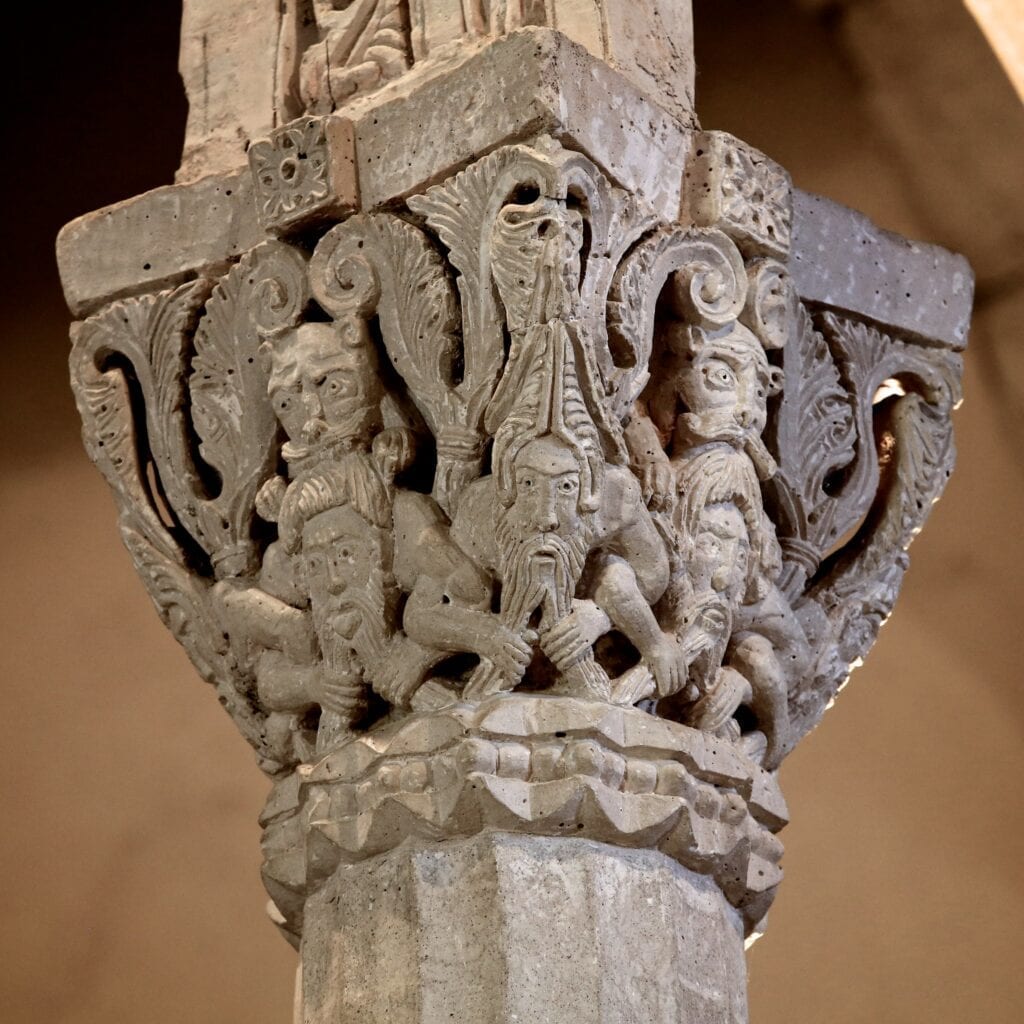 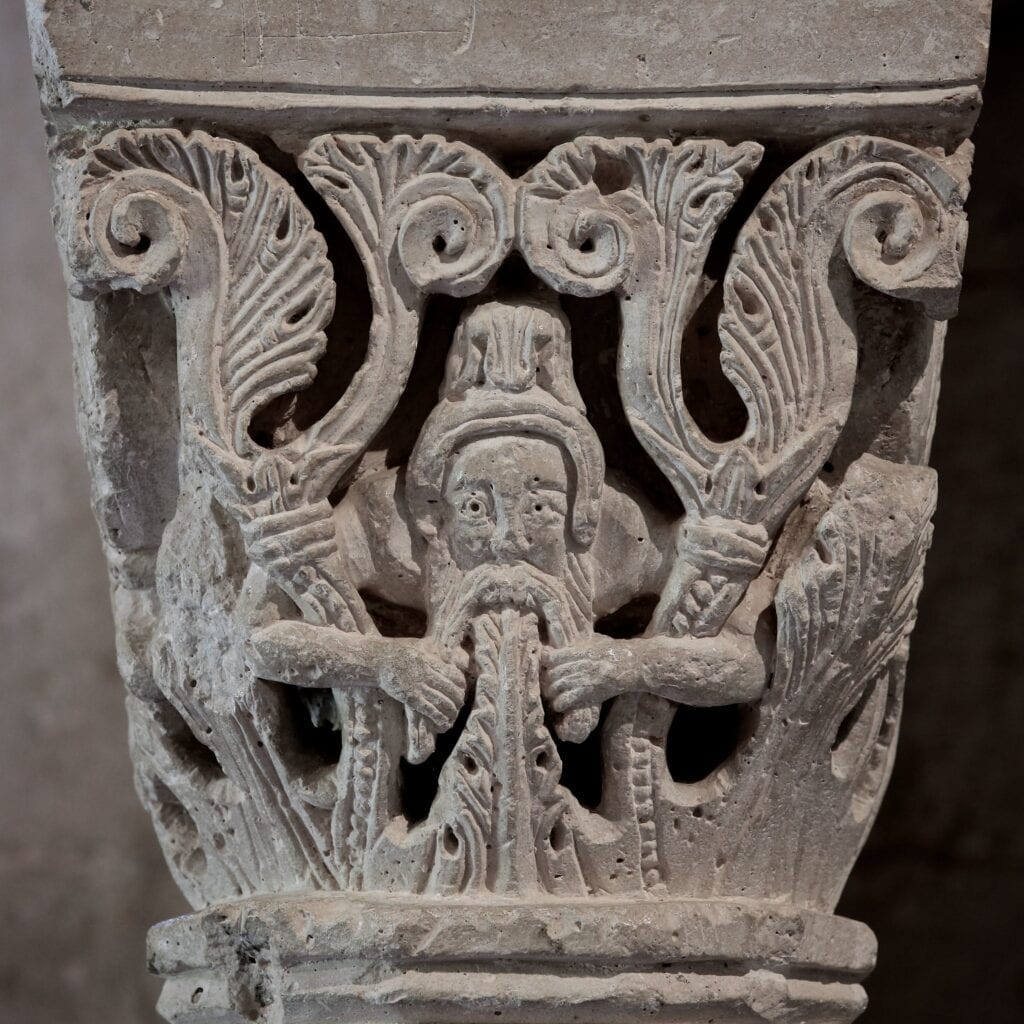 What is left is probably of the twelfth century. There is now but one isle with mutilated arches; but the pulpit of white stone is a masterpiece. The carving, of intertwined designs, with grotesques, and a vigorous representation of the story of Jonah, is nearly the same as that of the ambone in Santa Maria del Lago in Moscufo, though not so well preserved. Bindi says both are the work of one Nicodemus, an Abruzzese sculptor of renown, and that his name is to be read in a mutilated verse in the pulpit. The pillared screen is from the same hand. The little place is not quite stripped bare of objects of devotion, nor reduced to the cold condition of a specimen. Between the columns on the right of the screen hangs the Crucified, young, slender-limbed, patient; not thinking any more of earthly pain. To the left stands a red-robed Santa Constanza wreathed with flowers, a thing of no artistic worth, but graceful and warm in this old white place. The walls are tinted with the remains of frescoes; and where these have not been completely mutilated, the colour has kept well. 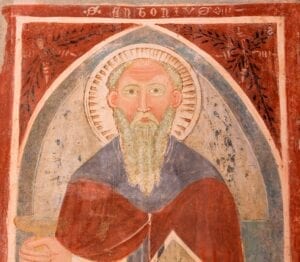 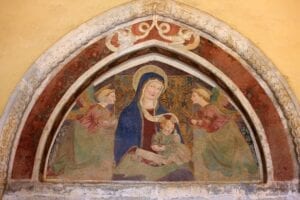 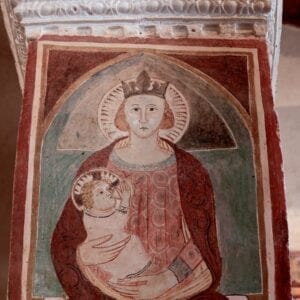 A hundred years ago, there was talk of bringing the railway up this road from Avezzano to Rieti. Luckily this never happened, so this lovely-valley, and its beautiful church will give what it has to you, beauty and peace.

Peter Austin prefers to remain an enigma, but do check out his photographs for clues.