The Red Cross ‐ A Historical Symbol From Abruzzo 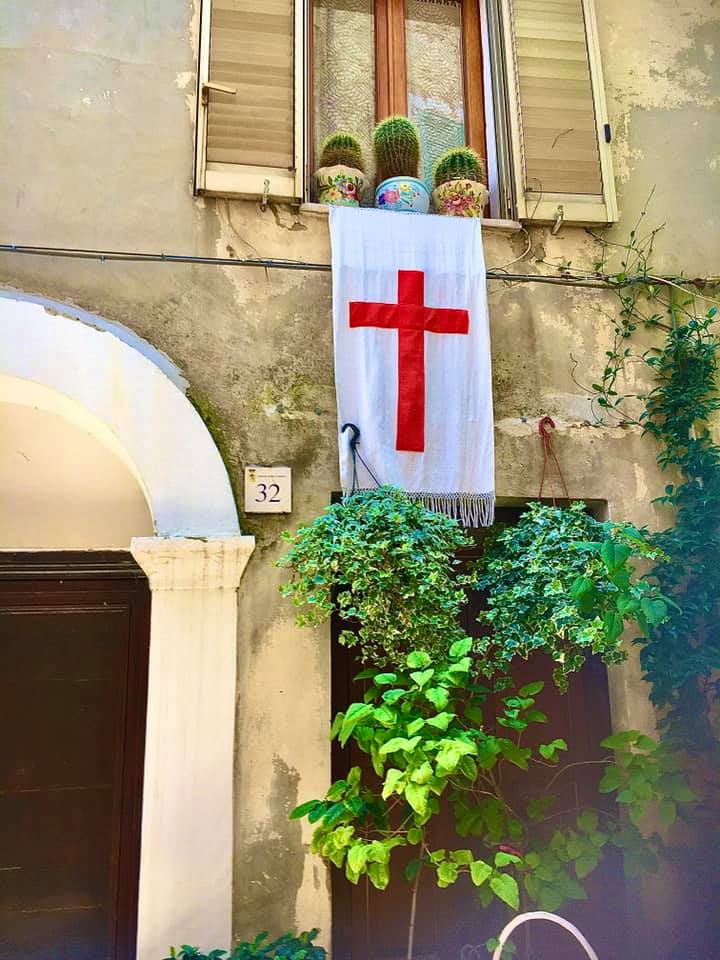 Have you ever wondered where the symbol for the humanitarian organisation, The Red Cross originated from, did you know of its relationship to Abruzzo where another humanitarian adopted it in the 16th century,  a priest born in 1550 in Bucchianico, Chieti who became St Camillus and created the ‘Ministry of the Infirm’, known as The Camillians.

“I wish I had a hundred hands so that I could use all of them to help the sick.”

He has a vision that he and his later fellow helpers and companions should wear a red cross on their cassocks in their mission to help the sick and needy, which the Pope granted permission for.

He helped establish communities across all the main cities in Italy that would tend ‘freely’ to the sick.  During the Pontificate of Gregory XIV, a famine was followed by an outbreak of the plague in which 60,000 people died just in Rome.  Camillus’ ministry spent it reaching out to the poor, clothing them, feeding them, and offering shelter.  He began the first military ambulance on the battlefields of Hungary and Croatia in the years 1595 and 1601.  What a coincidence that the humanitarian organisation The International Red Cross Committee adopted this neutral symbol for their name and logo to provide emergency assistance, disaster relief, and disaster preparedness education.

If you visit the small town of the week of July 14th you will see many a Red Cross flag hanging from windows and adorning streets to celebrate the feast day of their very own saint whose work inspired one of the most well-known humanitarian organisations operating around the world. 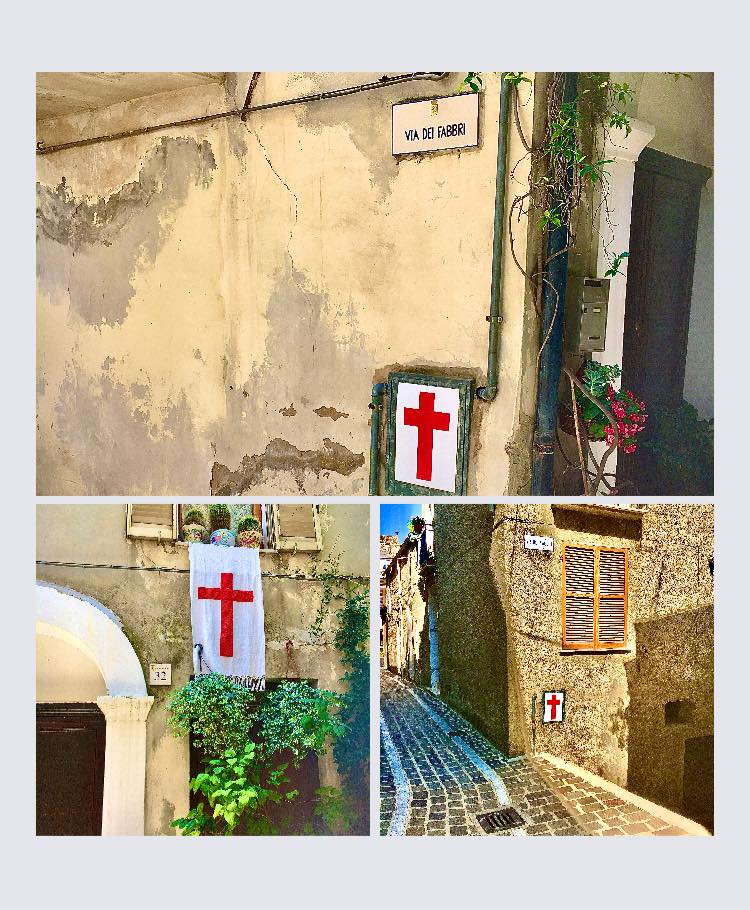 Thank you to the LifeinAbruzzo Facebook group for this story, particularly to Liz Amadio who posted her photos and posed the question of why does the town of Bucchianico have red crosses hanging across the town in early July?

Peace & Beauty in the Exquisite Santa Maria in Valle...