Pumpkins: Tales and a Tart From Abruzzo 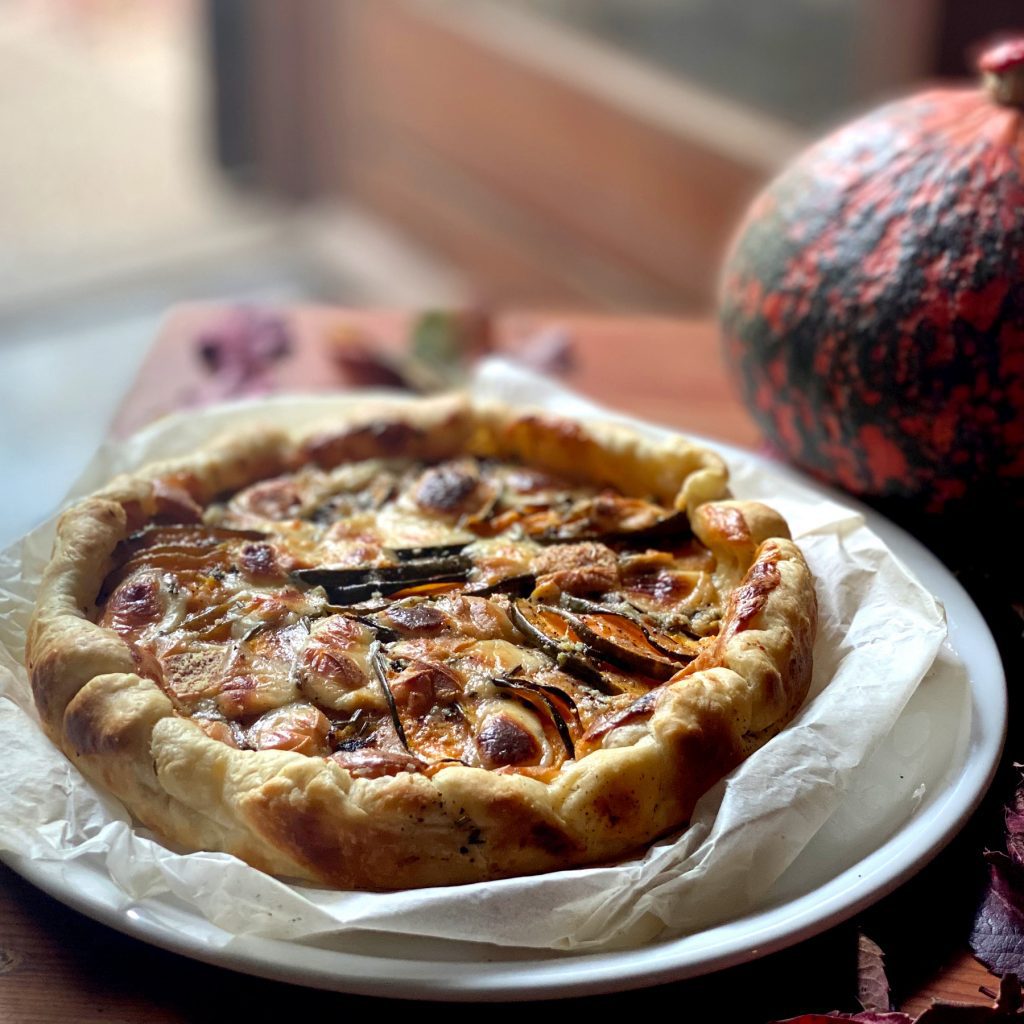 A little on  how pumpkins were used symbolically in days gone by in Abruzzo to the most delicious autumn recipe for a rich Pumpkin and Smoked Scamorza Cheese Tart!

Pumpkins hold a glorious mystical history in Abruzzo as well as sustenance for man and beast over chilly and misty shortened days.  You’ll find great diversity in their types, shapes, and skins.  Waiting in a queue in a vegetable garden shop I once listened to two middle-aged women exclaim on the beauty of one sat enticingly on the counter, stroking its skin and peering at the bright orange flesh inside that could be cut to just as much as they needed.  They dammed its cousin sitting beside it on the counter as they giggled not immature, floppy nor stringy just firm. 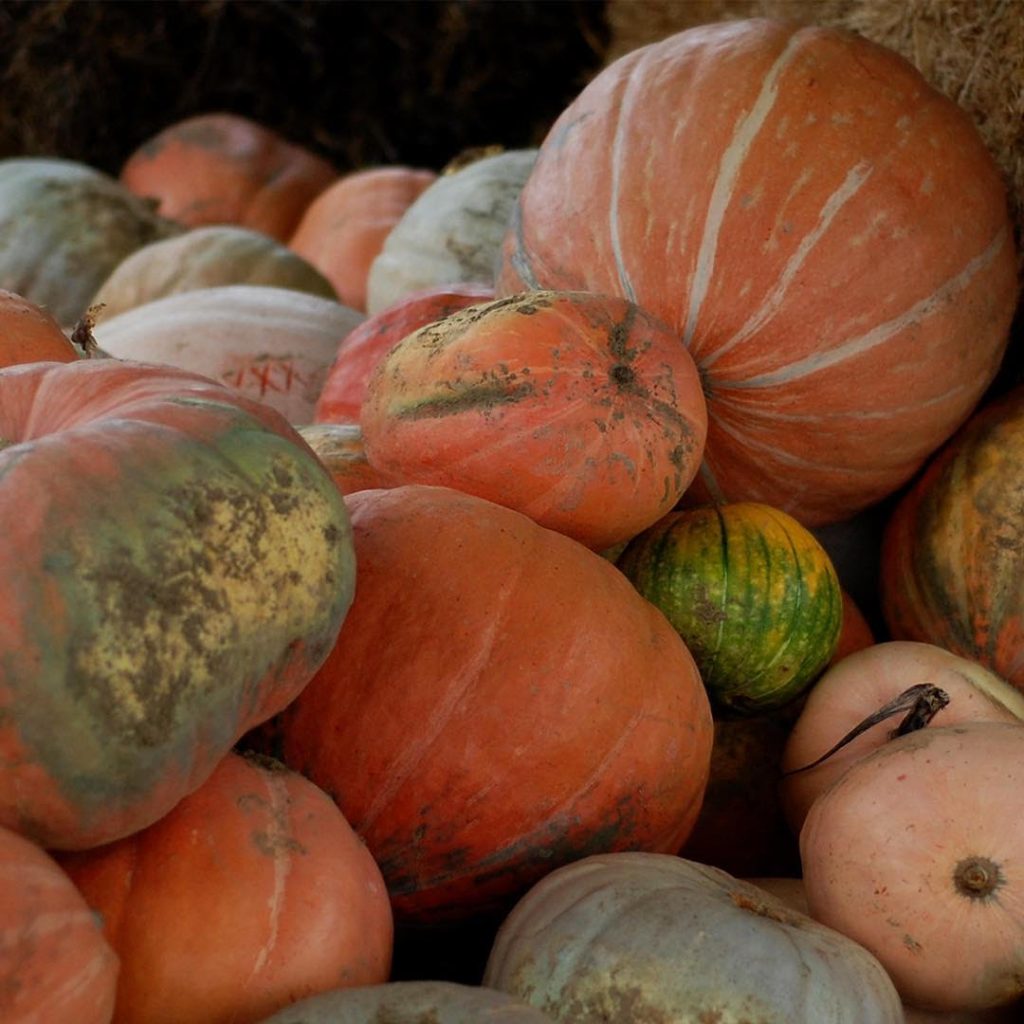 Abruzzo was lucky, as part of the Kingdom of the 2 Sicilies it had a close relationship with Spain.  Spanish settlers to the likes of Castelli didn’t just bring chocolate, but seeds from the New World too which enabled the early introduction of squash and pumpkins from the Americas and their resultant diversity.

Depending on where you lived in the region, the illumination of the cocce de morte (death heads) could span from a couple of days for what was practiced locally for Capetiempe, right through to the Feast of San Martino.  Children in towns like Serramonesca still dress up, carve their pumpkin heads, and have a version of trick or treating on the eve of  All Saints Day known as “L’aneme de le Morte”.  But many similar activities were alms related.

The feast day of San Martino is the 11th of November.  This was the traditional day of renewal, signing new tenancies for the smallholders and sharecroppers, a day of charity in helping those less fortunate as well as celebrating the opening of the new season’s wine with a tumble of chestnuts!

San Martino was a Hungarian Roman Officer and you’ll see him depicted in art in local churches on horseback offering his cloak to a shivering man, whilst in the next scene all is well and it’s a warm, bright day.

The writer Gennaro Finamore  shares how pumpkins were used symbolically in many parts of Abruzzo for San Martino in ‘Credenze usi e costumi abruzzesi raccolti’ (1890):

In the Pescara area and in some towns of the Aquila area, such as Balsorano, the boys carry around, on a kind of stretcher, an emptied pumpkin, with the holes for the eyes, nose, and mouth, with two colored horns and a lit candle inside; they stop in front of the doors of the houses and shops singing: “S. Martino, S. Martino.

Antonio De Nino in his book Habits and Customs of Abruzzo (1879) dedicates an entire chapter to the symbolism of pumpkins entitled ‘Illumination of Pumpkins’:

In Ortucchio, holes in the shape of eyes, mouth and nose are made into the empty pumpkin.  A candle fits inside. On its top, two long horns are tied. The finished product is accomplished by inserting the horned pumpkin onto a pole. When night falls, the candles of these strange lanterns (perhaps the waxes of the saturnalia) light up, and we wander around the village shouting “Viva San Martino! Long live the horns! 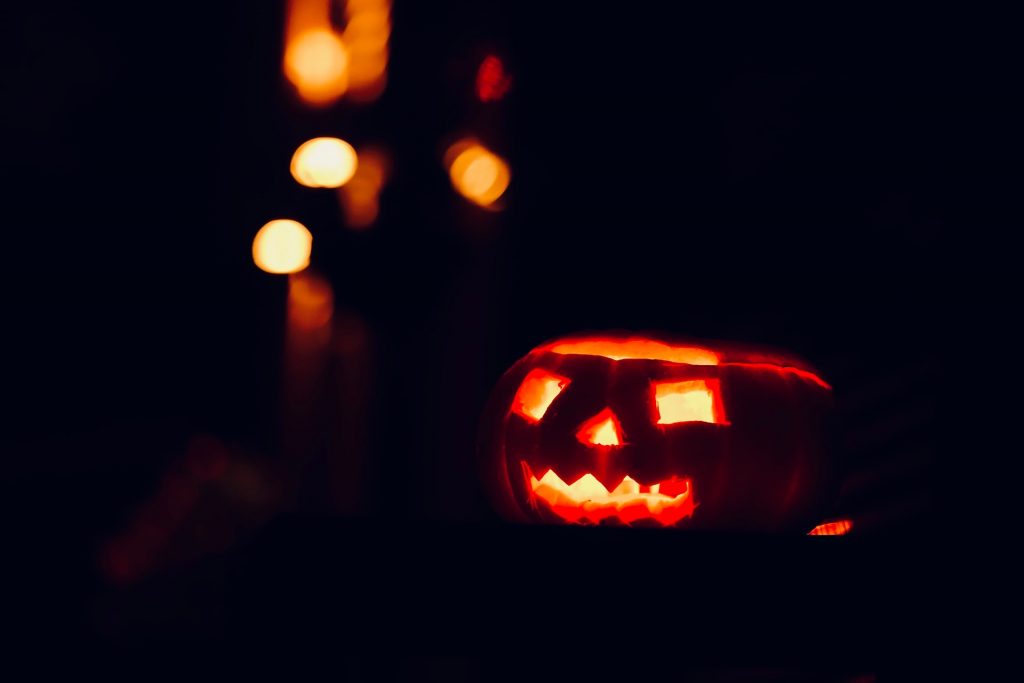 The mystic symbolism of gourds and pumpkins at a time of change and remembrance was captured by Abruzzo’s most famous artist Paolo Michetti.  Although not a human skull, rather a floating animal one, it has a huge presence as it sits in the middle of his most famous painting, La Raccolata delle Zucche, 1873 (Harvest of the Pumpkins). Whether it is to acknowledge in gratitude the animals who have served the generations of family or to evoke the pastoral spirit of the family we can only guess. 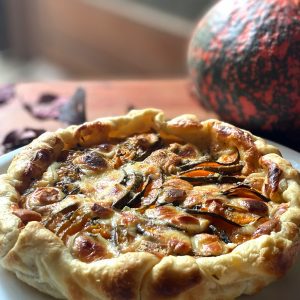 Keyword Autumn, pumpkin, tart, scamorza
Tried this recipe?Let us know how it was!

Thanks to Piccola Biblioteca Marsica for the inspiration for this post!

Where to Celebrate Halloween & Ognissanti in Abruzzo

Art, Tales and Wines During an Autumnal Aperitivo...

The tart looks delicious, this now requires a round trip of about 1.5 hrs, plus coffee and chat time with my nearest Italian Deli! It’s been run by the same Sicilian family since 1968 here in the UK, they had two, one that was only 20 minutes away sadly closed a few years back and so now I make a morning or afternoon of my trip. I have coffee and panino and lots of chat with the two brothers who run it alongside their elderly mother. I then stock up on pastas, cheeses, meats and preserved vegetables such as artichokes and mushrooms and tinned san Marzano tomatoes before reluctantly heading home. This recipe has given me the perfect excuse for a visit to buy scamorza and to stock up for Christmas too.

I think you’ve just described a perfect morning, chat is missing in too many places! What is the name of the deli, so other readers can visit if they’re nearby?