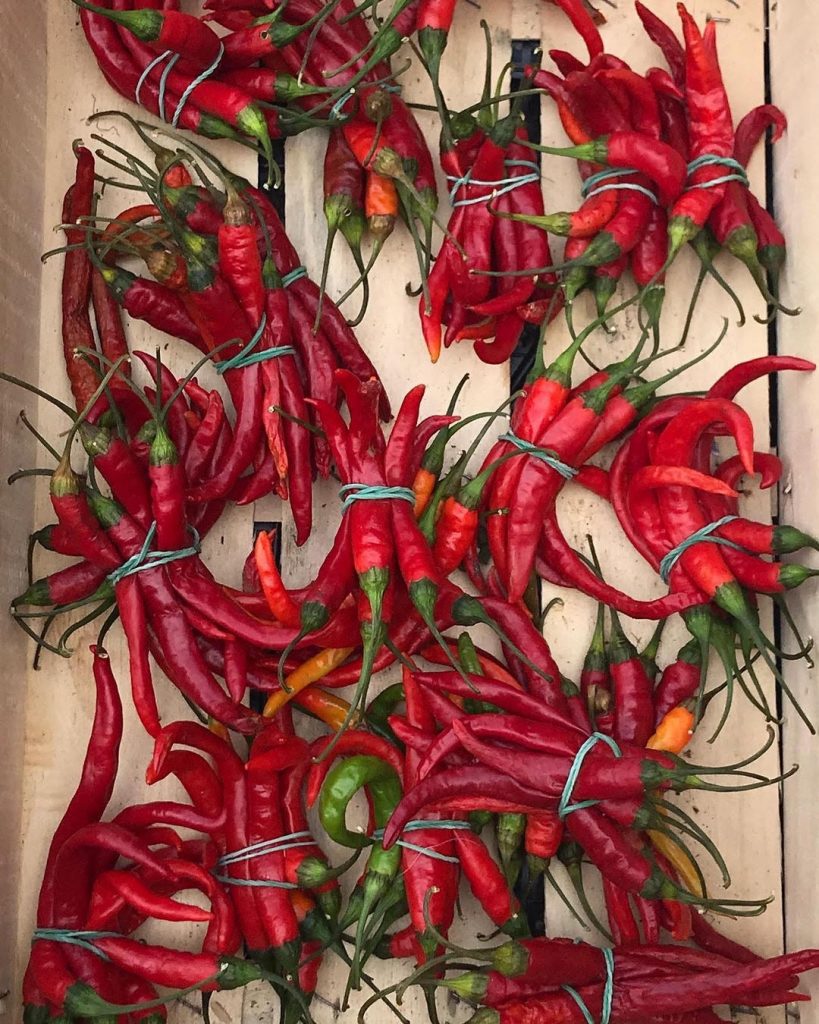 Agritur Panorama’s tangy recipe for soft undulating Teramana peperoncini jam is incredibly simple to make with a backhander of spicy loveliness that perfectly complements rather than overwhelms cheeses, salamis, bruschetta, fish, and meats. Like most Italian food it is simple, not a complex fusion of spices, which ensures its key flavours don’t get lost.  It is an alternative to the more traditional Abruzzese chili pepper served sott’ olio (under oil), which you can buy for example from Pasquale Peppers.  These are made by one grandaughter beautifully channeling her late grandfather’s prized harvest from his orto!  Truly the way to make a spirit live on!

Unlike its better-known bottom of the boot wild and fiery chili cousins that can make you gasp as you try them, Abruzzo peperoncini is known for its subtle hints of spicy naughtiness. Its fleshy cayenne peppers are believed to have come from French Guyana originally and today you will find most families growing a pot next to their basil in the summer even if they live in an apartment block.   If you prefer a chili jam that just gives a lift with a more delicate aromatic finish remove all the chili seeds before cooking! 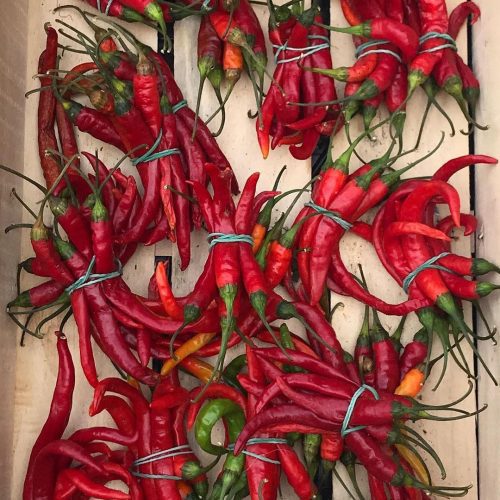 A Shepherd’s Voice: With Pastures The Fires Do Not Go Away

Aladdin’s Cave of Veggie Delight & O so Much More