Arsita’s legendary annual August folk music event ‘Valfino al Canto’ that runs for 3-days in tandem with its Sagra del Coatto’ may be absent due to Covid19 this year, but there is an inspired open-air exhibition, ‘Surviving the  Rural Exodus’ that gives a fascinating insight into rural life in Abruzzo and the brave personalities that stay.  It acknowledges that there are parts of rural Italy, where the act of existing is an arduous feat, where populations wither and fade. Moving to the cities or abroad has become the simplest alternative and, with the birth of new lifestyles, the loss of provincial communities seems inconsequential. 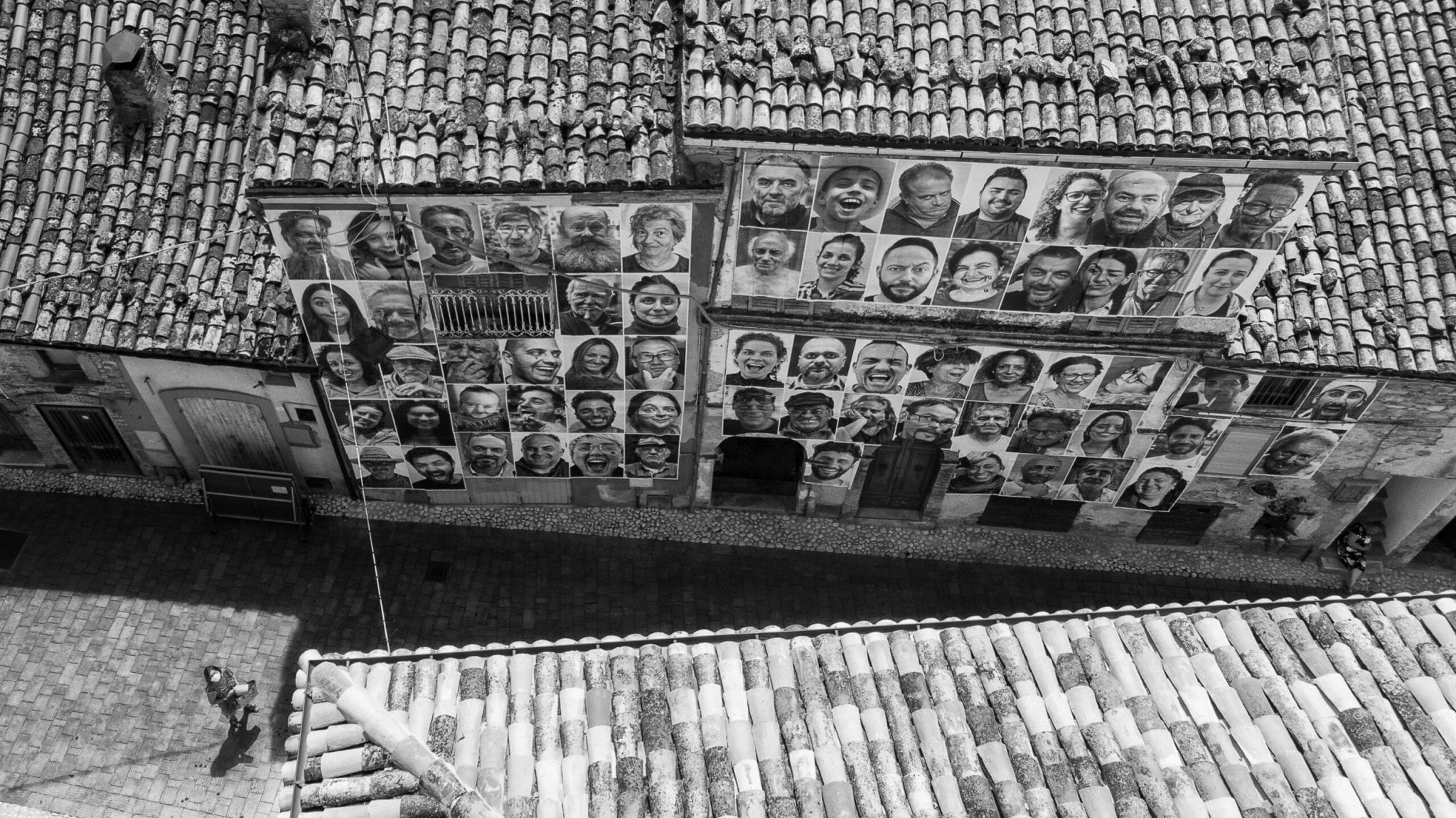 Jonny Guardiani is the London-based film director and photographer originally from Montefino (TE) behind the concept and which is now part of the French photographer JR’s #insideoutproject.  This gives the power of representation back to the people using large-format street pastings and places their emphasis on the people and the stories behind each action or cause. In the case of Surviving the Rural Exodus’, it focuses on some of the most resourceful people contributing to the culture of Abruzzo, despite dwindling populations, natural disasters, and global crises.

“As Jonny explained when he told me about each character as we stood in front of this monumental piece, “I just want to shed a light onto the rural part of Abruzzo which has always been overlooked.  There is a global surge of authenticity and it’s the perfect time for people in the villages to showcase their traditions and crafts.  Now more than ever the youth have a voice to ring attention and invite everybody to experience and invest in real Italian culture.” 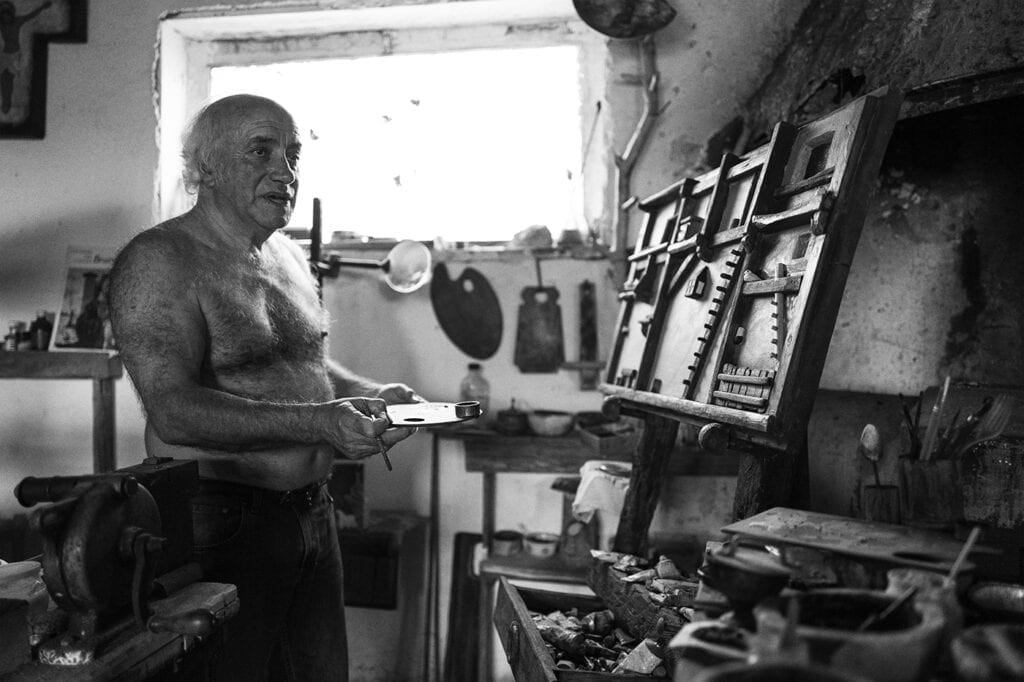 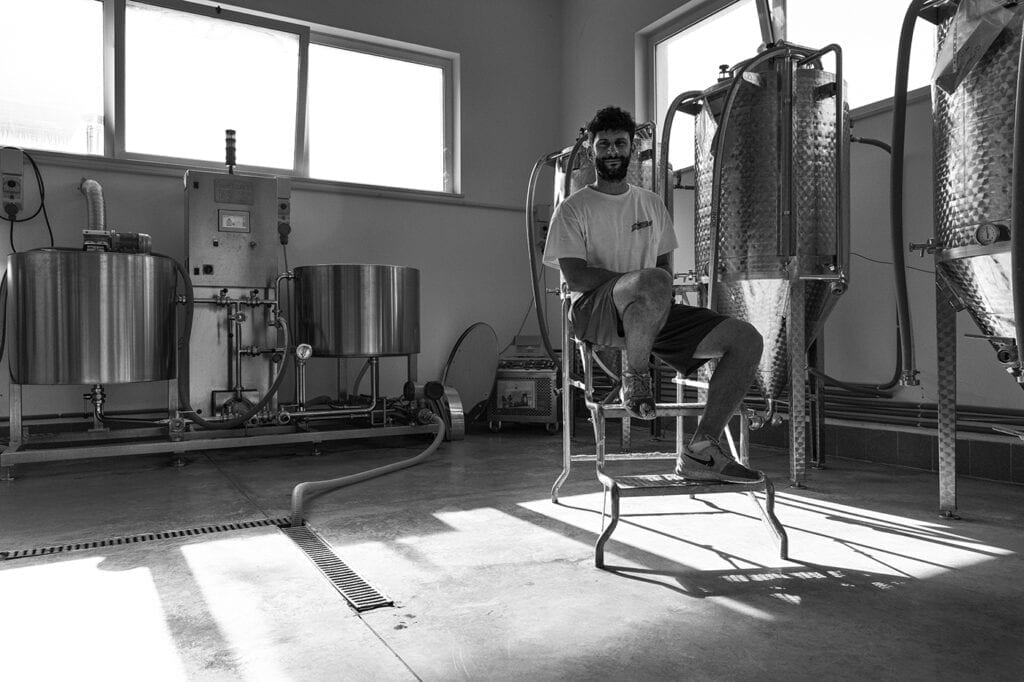 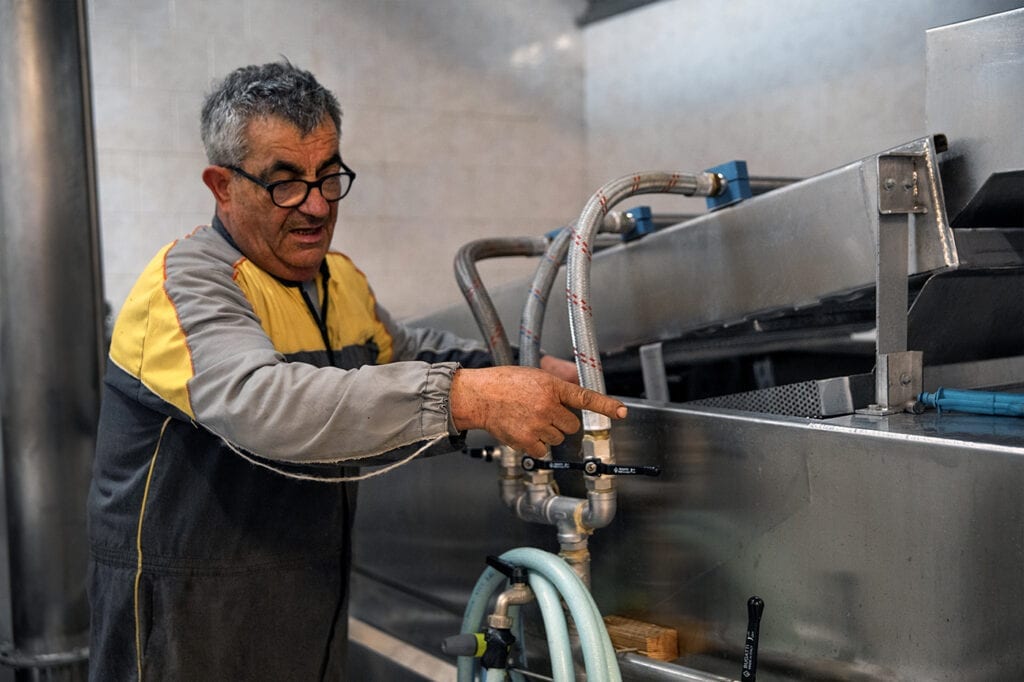 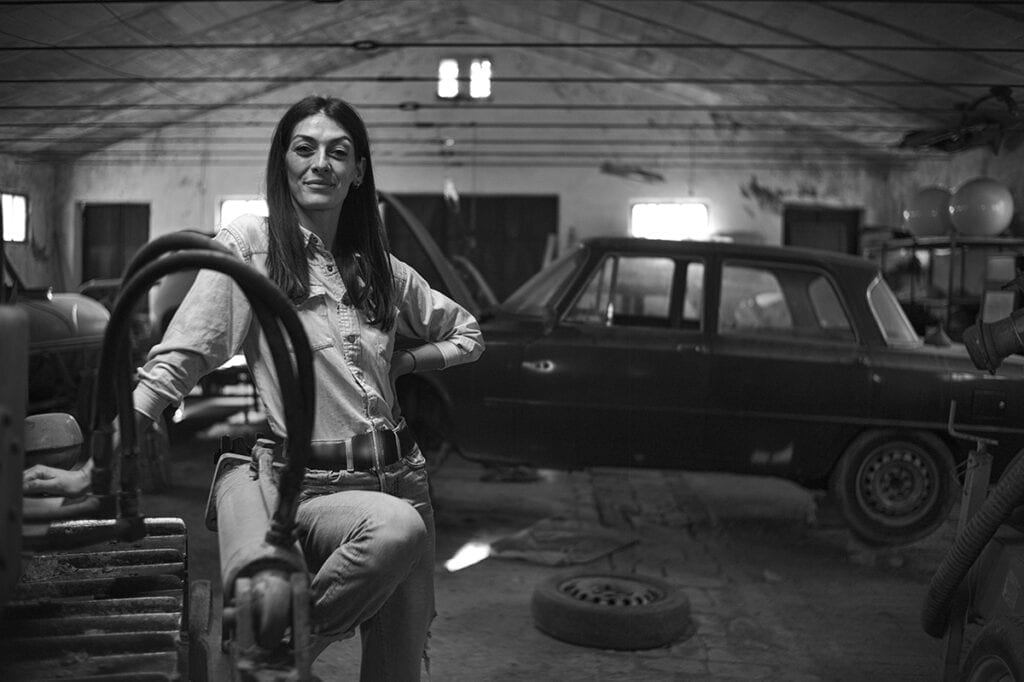 I’ll post soon the full list of sitters on Jonny’s Surviving the Rural Exodus exhibition, it will make a superb accompaniment for visitors to Abruzzo, help them in identify key workshops, studios, mills and farms to visit, I’ll see if we can get some of them on the coming soon ‘Marketplace’ too!

Photo 1 – Carmine Bottone, is an artist from Ovindoli, his Bottega di Carmine Bottone is a time capsule of different styles which have been popular in Italy over the last decade.

-Photo 2 Damiano Lanari owns the Birrifico 93 micro brewery in Montefino.  His unique flavours like chestnut have ensured that he is already selling both locally and exporting globally.

Photo 3 – Carmine Tini, from the international award-winning olive oil company, Frantoio Tini  is based in Castilenti.  His family mill is renown for the excellence of their olive oil production that they been producing now for a century!

Photo 4 – Annamaria Sigillo, from Antica Masseria Penne, she is building a glamping site in the Riserva Naturale di Penne. she lived in London for a while then decided to come back and invest in her ancestral family lands.

To view the project

A Few of My Favourite Abruzzo Things: Michael...

A Humorous Abruzzo Life in Miniature

Matera – Face to Face with the History of Man