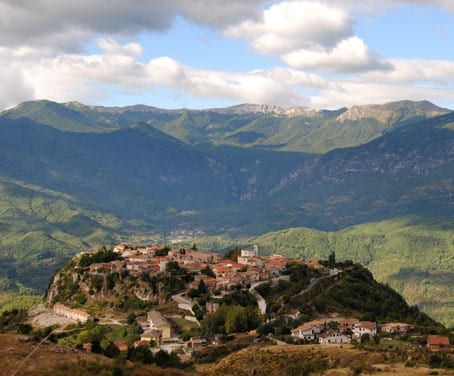 With ski resorts, cities of art, and national parks leading the way, tourists’ attention to the rugged area of Abruzzo is often directed toward well-known localities such as Roccaraso, Santo Stefano di Sessanio, and Pescasseroli.  In the Valle Roveto (Roveto Valley), perhaps Abruzzo’s least celebrated area, is the picturesque town of Civita D’Antino.   Situated in the heart of the valley upon a natural terrace that offers commanding views of the Simbruini and Ernici mountains, the town was the chosen setting for numerous Scandinavian artists at the turn of the 20th century. 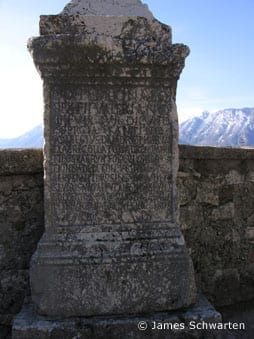 Like many towns across rural Italy, Civita D’Antino has suffered enormously under the pressure of rapid social transformation in the last 100 years. The migratory trend of civitani that began over 100 years ago—and that accelerated in the years of postwar prosperity—coupled with the trauma caused by the 1915 earthquake and two world wars, have currently left the town with about 150 inhabitants. Yet depopulation has not diminished the area’s natural beauty or the legacy of the town’s past. Entire sections of ancient cyclopic walls are still visible, as are Roman inscriptions (in antiquity Antinum was a Roman municipium) and the recently restored Torre dei Colonna. Curiously, though, the town is looking toward its past—and to Scandinavian artists in particular—to draw inspiration for its future.

It was in the sweltering summer of 1883 that a Danish painter, Kristian Zahrtmann, travelled to Civita D’Antino in search of cool temperatures and good wine, and no sooner than his first afternoon in the town did he choose it as the site of his summer painting school. His enduring fondness for Civita D’Antino lasted nearly 30 years, culminating in a vast production of portraits, landscapes, and scenes depicting daily life, which are distinguished particularly by their realism and bold colour. Countless Scandinavian painters travelled to Civita D’Antino until the 1915 earthquake in the Marsica region of Abruzzo, after which only sporadic visits were made. Their paintings are found in museums and private collections throughout the world. 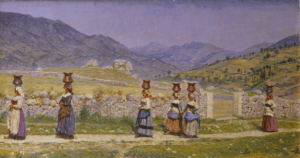 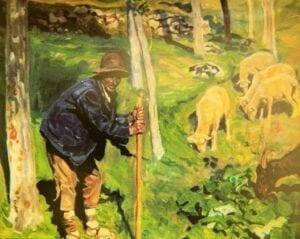 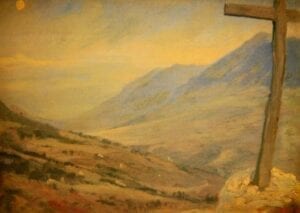 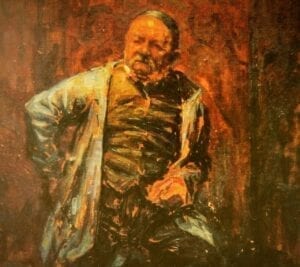 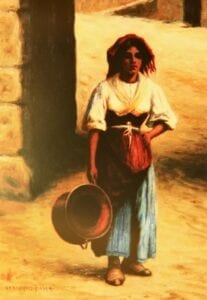 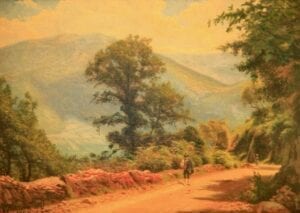 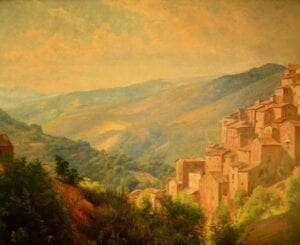 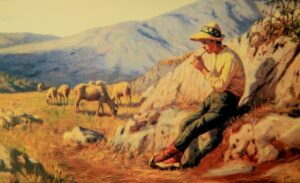 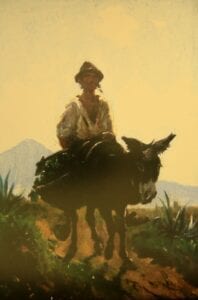 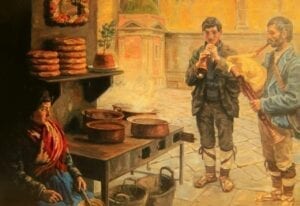 Recently, thanks to the unrelenting work of a small group of people, there is an emerging perception on the part of local administrators, cultural organizations, and citizens alike that the town’s artistic heritage may put it “back on the map”. Books, articles and exhibits devoted to Civita D’Antino have begun to highlight the contributions of the Scandinavian painters and other memorable visitors such as the English artist, author and poet, Edward Lear (who travelled to the town in 1843(1) ), and the eminent German classical scholar and Nobel prize recipient, Theodor Mommsen (who spent months in the town conducting research for his monumental History of Rome). Last summer, I collaborated with the city council on the realisation of a series of permanent display cases throughout the town, each showcasing a particular painting at the precise vantage point of the artist with an accompanying description in English and Italian. Civita D’Antino’s past, together with the peaceful beauty of the Roveto Valley, maybe its most significant resource and hope for the future. 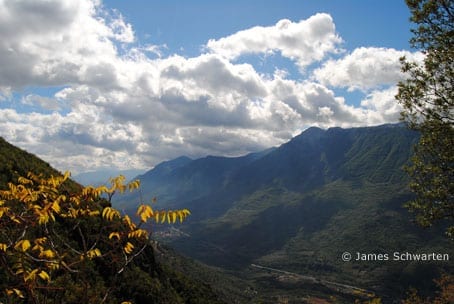 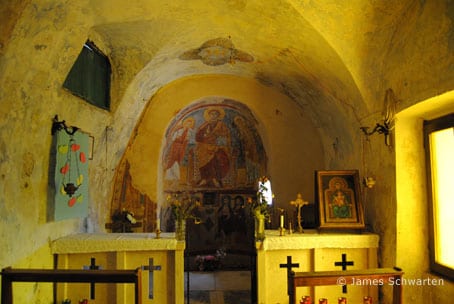 [1] “Don Ferrante showed me a most delightful garden, attached to the house, and commanding the whole of the vast Swiss-looking valley of Roveto. Nothing could be more unexpected or charming than this well-kept villa, in so wild a spot”. (Edward Lear, “Illustrated excursions in Italy”. London, 1846).

Scandinavian artists’ paintings A recently created museum space in Civita D’Antino holds several reprints of original paintings (it is advised to phone the Commune for access: +39 0863 978122)

Independent Cultural Network (for information on the history of Civita D’Antino, particularly events and announcements concerning the Scandinavian artists)

Antica Osteria Zahrtmann in Civita D’Antino (recently chosen by the Accademia Italiana della Cucina as the site of an incontro conviviale; homemade pastas and bread complement their rich array of seasonal dishes) (open weekends except for August; see web site for details)

Talli d’aglio – Most Delicate Waste Not Want Not Seasoning