Matera – Face to Face with the History of Man 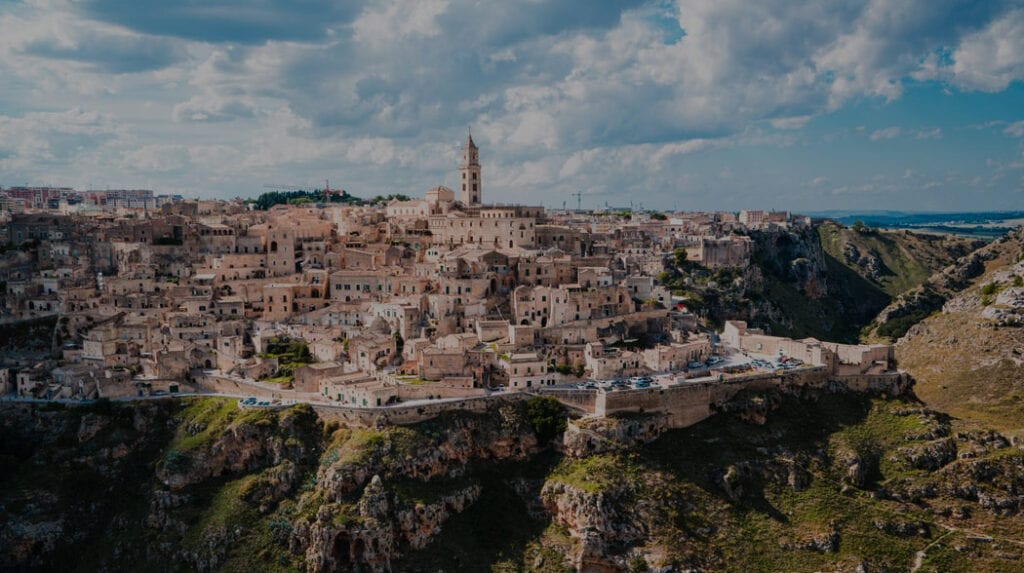 Matera – an impressive history of human civilization and pain, shame, and today community pride in being known as troglodytes.

Head south down to the world’s third oldest city of Matera on the coastal A14 from Abruzzo on a February carnival weekend and it feels like you are the only driver, unlike the summer when homesick Pugliese and  Milanese crowd the road as they speed down to Puglia.

Travelling with a 7-year-old provides a wonderful opportunity to stagger your journey and an excuse to overnight where you may have previously sped on to your final destination.  Waking up to deep hues of seaside blue in Trani that you normally associate with late spring is restorative and you can see why  Abruzzesi sheep and men found Puglia such an attractive winter destination beyond the most functional of reasons.   Trani is in winter mode, quiet apart from the meditative chimes and tinkles from the boat moorings and bells.   It’s a place to delight in a seafood tasting menu and sample its Moscato di Trani dessert wine, a sweet and happy way to hold winter at bay. 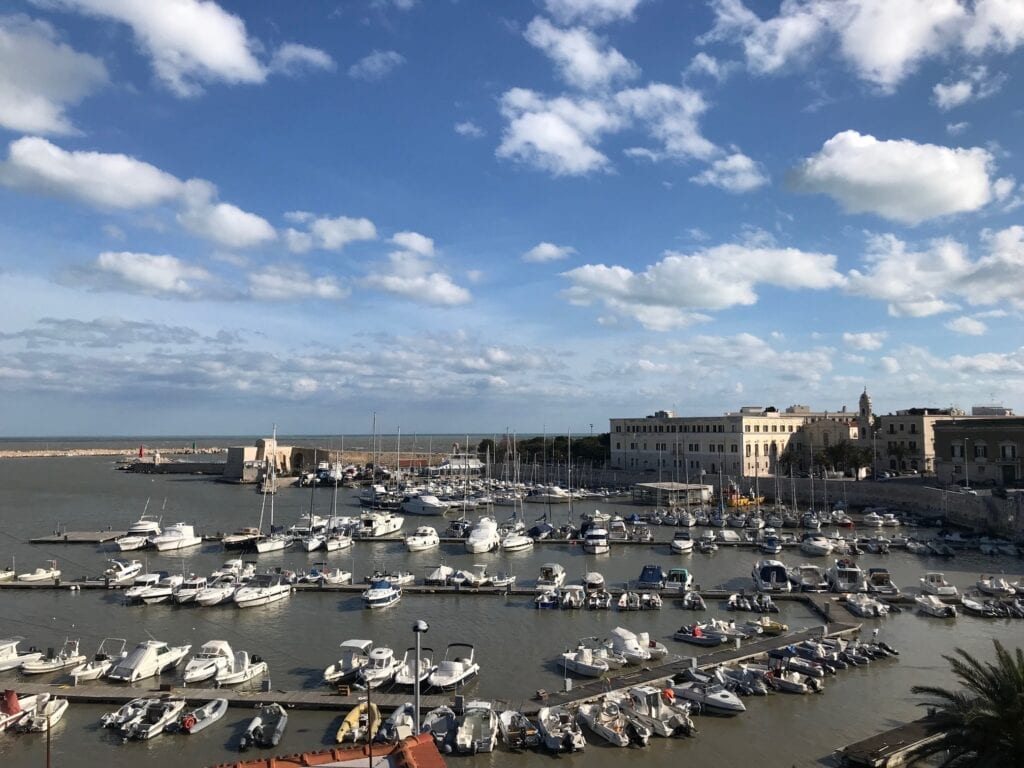 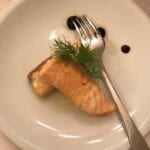 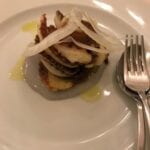 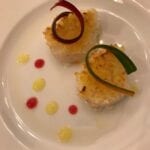 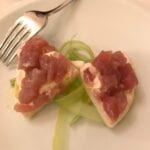 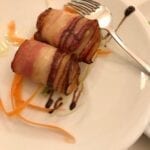 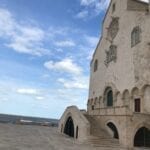 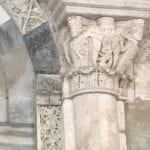 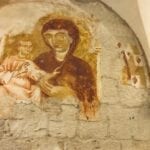 Swing inland to Matera and you drive through a seemingly never-ending plain that appears to be one enormous olive grove, there are the beginnings of spring flowers, pruning is taking place and it’s easy to see why 40% of Italy’s olive oil is cultivated here. You see the gaps, trees culled after being infected with what is regarded as olive tree leprosy,  Xylella fastidiosa and send good thoughts to these protected custodians, willing them to fight, develop some sort of immunity.

Our introduction to Matera began in the very impressive UNESCO protected Parco della Murgia Materana. This archaeological park is famous for its prehistoric sites, rupestrian churches, varied wildlife (923 species of flora can be found in 800 hectares), and it is a fascinating testament to the historic relationship between humans and nature. 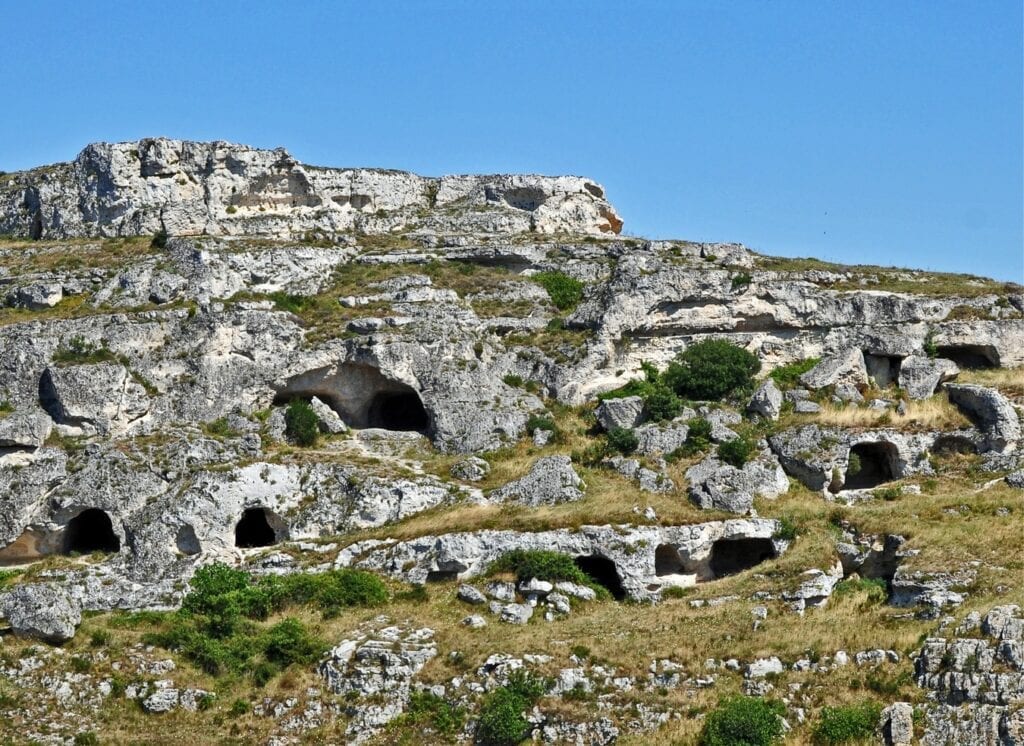 The cafe in the park’s CEA (Environmental Education Centre)  made one of the best pasta with tomato sauce that I’ve had, which we ate whilst watching a moving video of the history of the sassi (stone caves) that have been inhabited since 7000 BC.  You hear the pain, shame, and today pride in a city that refers to itself as troglodyte and was Europe’s Cultural Capital in 2019.   After the 2nd World War, a visit by the artist  Carlo Levi bought what was pretty much a forgotten penitential town to the forefront of Italian consciousness in his book ‘Christ Stopped at Eboli’.  Italy woke up a town that had pretty much remained unchanged for centuries, its people lived together with their animals and suffered the worst rate of child mortality in the country. The govt moved the forgotten community out of the slum conditions and into newly built social housing apartments by the mid-1950s.  You listen to the story of stolen riches, one single archaeologist plundering 15 of their stunning rupestrian church frescoes,  chipped away to sell to the highest bidder. 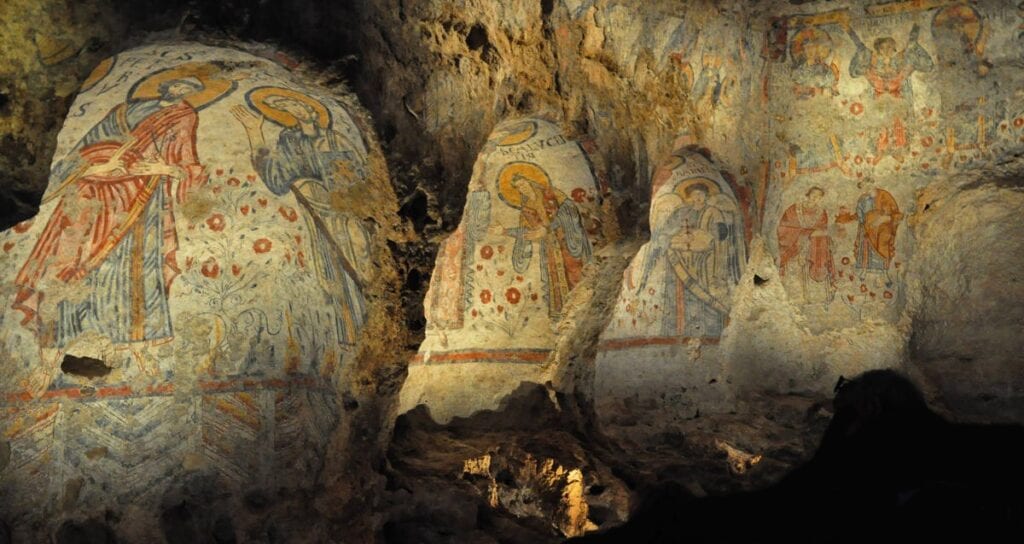 To see the churches and frescoes take an organised tour of the sassi’s Rupestrian churches, we enjoyed rambling around with our map looking into sacred spaces and walking into the caves, some of which had been set up as ‘living’ museums, ripe with the smell and smoke as if they were still inhabited today. Children are captivated as they put together those lessons from school, history, archaeology, and geography of the civilizations that spanned the deep ravine whilst spying and pocketing seashells from long ago when the area was still under the sea.

Our cave stay was at the diffuse boutique hotel Sextantio le Grotte della Civita, sister  hotel to Abruzzo’s Sextantio in Santo Stefano di Sessanio  created by Daniele Kihlgren. This was a crowning moment for my son, being able to announce that he had slept in a cave, albeit it a gentrified cream-coloured one surrounded by beeswax candles, and having the deepest bath in the area where the animals used to sleep.  Experiences like this that give such rich cultural stories to children to take home and share with friends are often overlooked when parents play safe & instead organise a visit to CentreParcs. 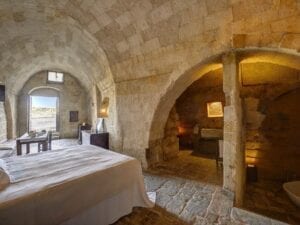 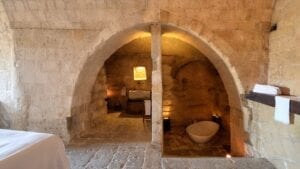 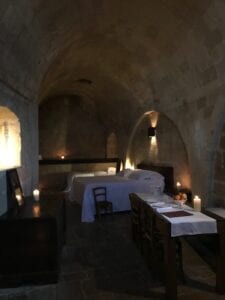 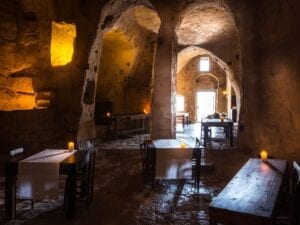 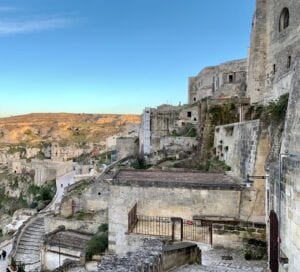 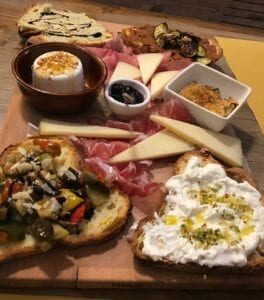 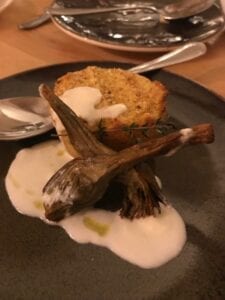 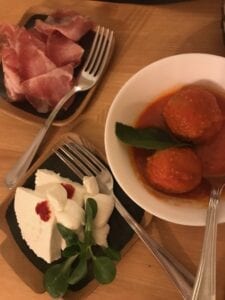 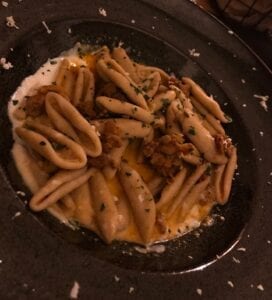 The ‘Chiesa Purgatoria‘ and its number of skulls fascinated the youngest member of our family to a degree that churches don’t normally reach. 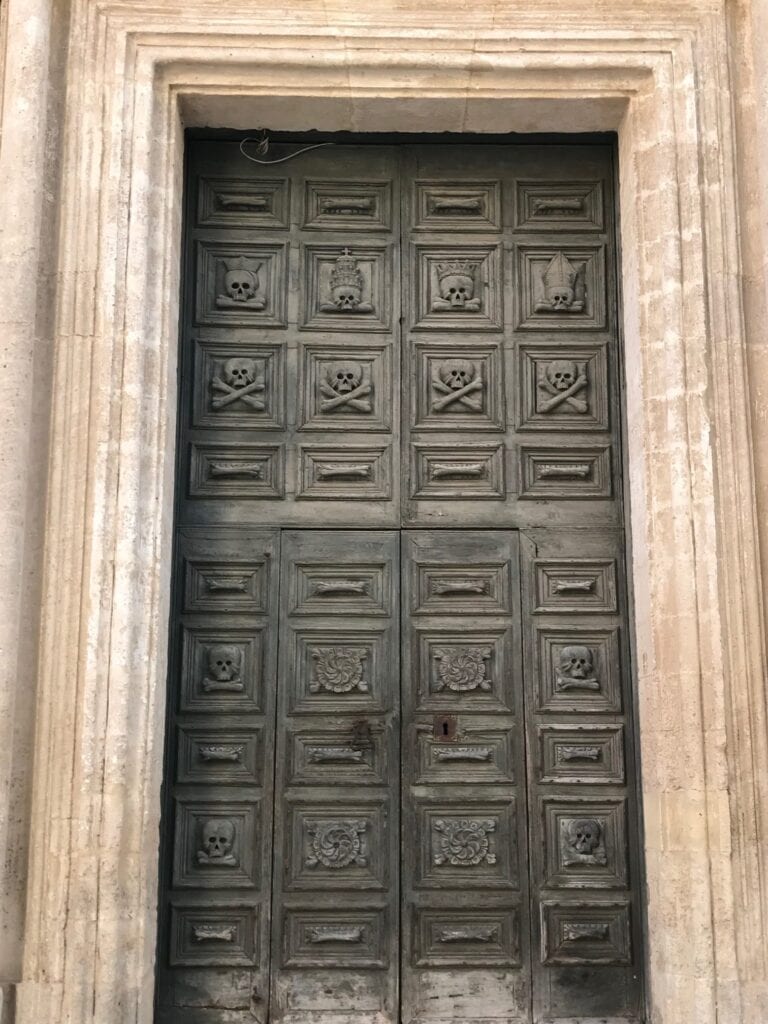 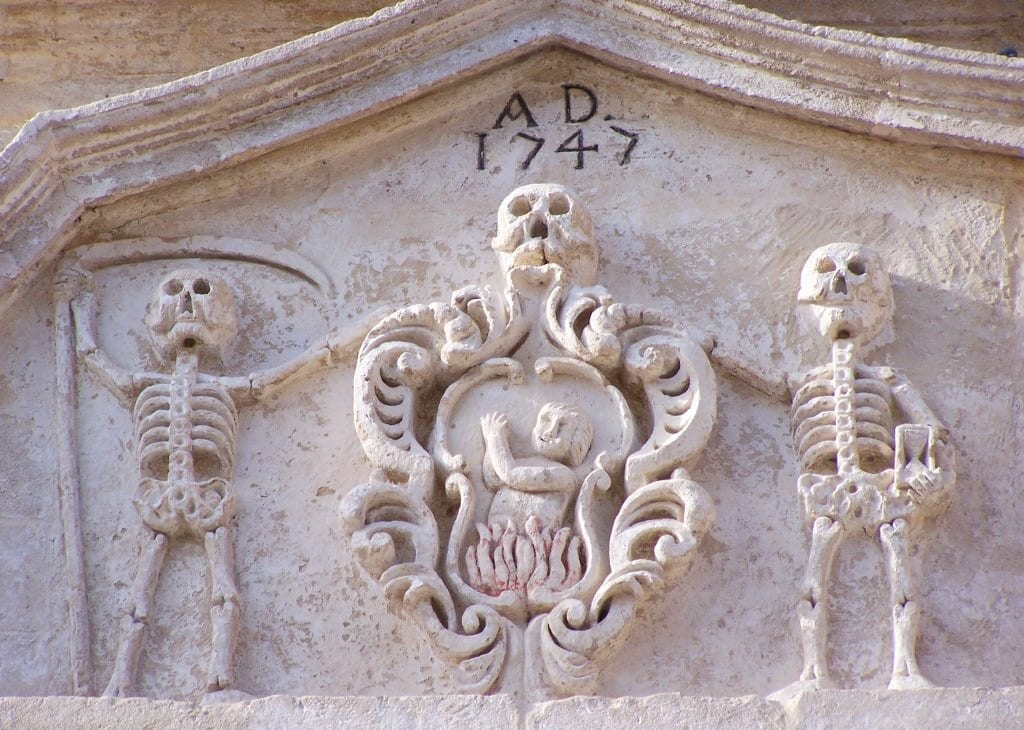 The museum of rural life (Museo Laboratorio della Civilta Contadina) was interesting and gave an insight into the subsistence slog that life here was previously like, an extra bonus was watching the city warm-up for carnival, another reason to pay a visit in February!

If you get the chance to visit with your children do seize the opportunity. Strolling through its narrow alleys, and getting lost in its honeycomb maze of dead ends whilst peering into the homes of neolithic man is an opportunity that doesn’t happen every day and rarely in a city. The latest James Bond, ‘No Time to Die’ is filmed in Matera, and will no doubt bring new visitors during the high season, but to quietly treasure your time there try it low season!

24 Hours in Fossacesia – A Local’s Guide