The Story of Return, A Bear Without a Name on the Gran Sasso 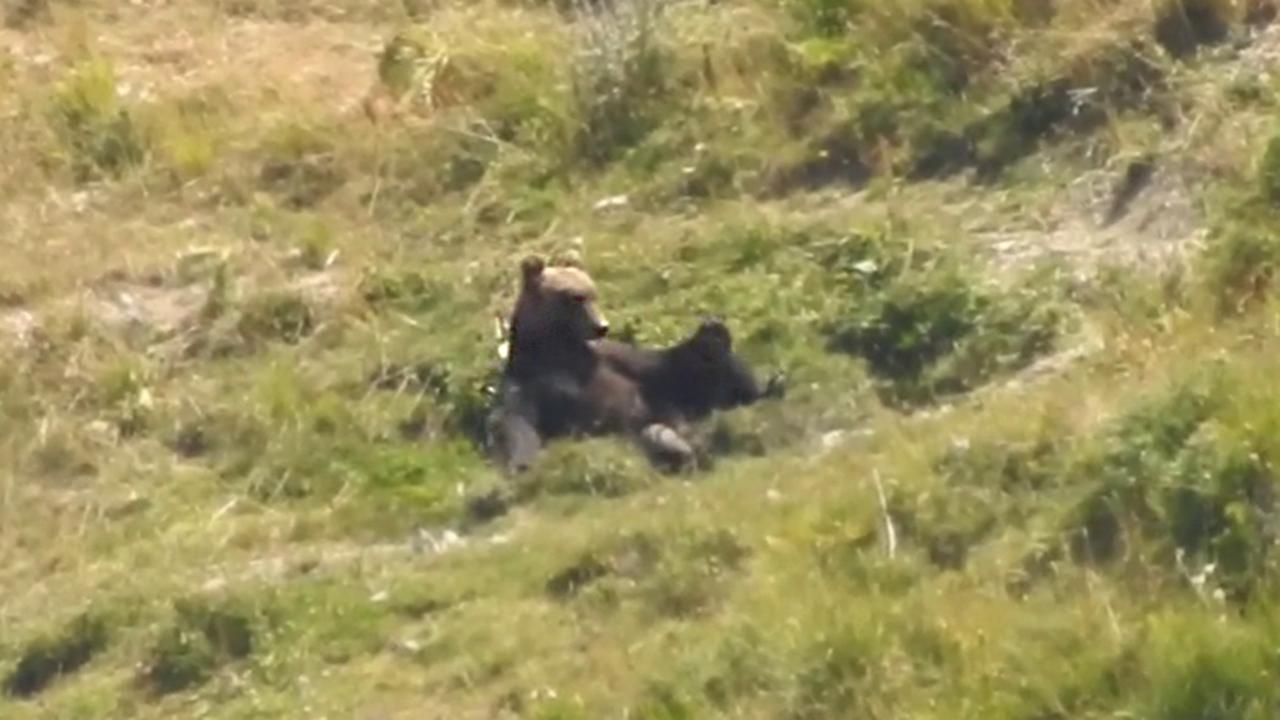 He doesn’t have a name yet, although there is now talk about having a survey to find him one. The last sighting, however, probably took place the day before yesterday, in the Montereale (AQ) area. The investigations on the samples will go further but it will be him, the brown bear who has stationed himself in the area of the Gran Sasso Monti della Laga National Park for just over a year. A welcome and much-awaited arrival.

For the zoologists of the Park, and beyond, the news was more than anything else that the bear was not here. Extinct, like deer and chamois that were then reintroduced. Now that the bear is back and naturally, it is wonderful news that gives prestige to the whole territory. It is also great news from an environmental point of view. “The bear is one of the main indicators of environmental quality”, explains our friend Federico Striglioni who works as a zoologist at the Gran Sasso Monti della Laga National Park. The park has been part of the Potom for ten years, the National Action Plan for the protection of the Marsicano brown bear.

The bear, as we will see, does not have a real specific function in the food chain, but it is a so-called flag species. It means that if he can live there, the conditions are right for many other animals to live here too, including us! It is a species, however, still in real danger of extinction. “There are about fifty specimens in the Abruzzo National Park. Outside the park numbers are uncertain but it is estimated that there are about another fifteen ”. Just 65 Marsican brown bears roaming Abruzzo. 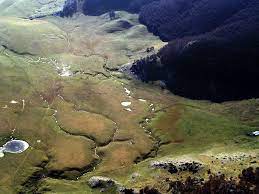 Keeping up with him is not easy. “After each sighting, you have to go there, retrieve traces, fur, feces, send everything to Ispra to see if it is a new bear or a bear already known. Thanks to this meticulous work it was possible to identify the Gran Sasso bear, an unknown living specimen.

From 2019 a Series of Sightings and Confirmation

The first sighting and trace of our new arrival dates back to 11 November 2019, in the Vado di Corno area, on the Teramo side of the Gran Sasso.  Then in May 2020 a sighting on the Voltigno, in the Pescara sector of the Park, this was him, our bear without a name yet. Finally, last summer there was confirmation when he spent ten days in Monte San Franco, where a mare had died and the bear fed on it. It must be reiterated that our bear does not hunt.  “Even though he is counted among carnivores – Federico says – he is in fact a vegetarian unless he bumps into a carcass. Unlike the wolf, which has molars made for shearing, those of our bear are the same as ours, made for grinding. “

The last sighting, at least until proven otherwise because there is still no certainty that it is him, in Montereale, where he stole honey from a hive. “Until the day before yesterday he was a gentleman, he never did any damage” Striglioni specifies. In any case, the damages caused by the bear are compensated and in a very simplified way because of the importance of protecting the species.  For the hives in the future, there may be further measures, electrified fences, etc available to beekeepers and fruit growers as the need arise.

From the point of view of the species, the presence of only one male bear does not change things much. Sooner or later when he is more adult he will have to go in search of a female, or we should hope that a female will make the switch too.

Marsican Bear, Where Does it Come From and What Are Its Characteristics

All these bears all come from the nucleus saved by the Abruzzo National Park, some from here crossed naturally into the Maiella Park.  “Bears need to expand their range, adult males commit infanticide, and therefore the youngest must be able to move to new areas in order to survive.” It’s not so easy. In theory, our parks, Abruzzo, Sirente Velino, Gran Sasso, Maiella, and that of the Sibillini between Umbria and Marche should guarantee a much wider diffusion of the bear. “They are 5 thousand square km of protected areas”. Unfortunately, however, there are no contiguous areas, which by law means less protection, areas that only favor certain species. “For example, hunting wild boar in unprotected areas is a problem, because it becomes almost impossible for the bear to move into that area.   In northern Europe, more respectful forms of hunting are widespread ”.  The same goes for barriers such as roads and highways. So how did the bear get there? “Through ecological corridors. The hypotheses are via the Gorges of Popoli, on the border between Maiella and Gran Sasso Park, or from Sirente where there is a long wooded area that reaches Civitarenga and then from there to the Gran Sasso Park there is a corridor “.

Are the bears dangerous? Absolutely not, there are even studies that have shown that our bear, which is smaller than the one found in Trentino in Northern Italy, lacks a gene responsible for aggression. In any case, we are not talking about the Grizzly, even if it is classified among the carnivores, it no longer hunts, it has evolved over the centuries. In addition, a bit like the wolf, the timidest and suspicious survived. Bears are only dangerous if you misbehave. In the highly unlikely event that you did encounter him,  it is essential not to approach him, let yourself be heard, then just move away slowly.

This bear’s new self-made life in the park opens a new page for our territory. Its presence must make us proud and we must understand that this presence is wealth in itself. Investments and poisoning are the main dangers for the bear. But unjustified fear or resentment can be just as bad. “It is very important to explain, give environmental education, and have a good relationship with the communities and with the farmers” Federico confirms. “We must look outside our shores, in Romania, thousands of bears live in 5 thousand square kilometers,  where we just have 65.”

Their presence must be seen as an opportunity. “There is room for everyone here, for animals and for men who, after the pandemic, are finding it preferable to leave the big cities”. It is they, the large urban agglomerations, who have emptied the mountains and villages, and the protection of the environment and it is the latter which will be one of the main elements to repopulate them.

Read the article in Italian on the L’Aquila blog

Alessio Ludovici is a journalist from L’Aquila who works as an employee and a freelance. He loves his place but is open-minded to the world and likes to understand links between things and to linger on them.

Winter is Coming: The Strategies of the Animals...