Dancing with a Table of Fireworks on Your Head 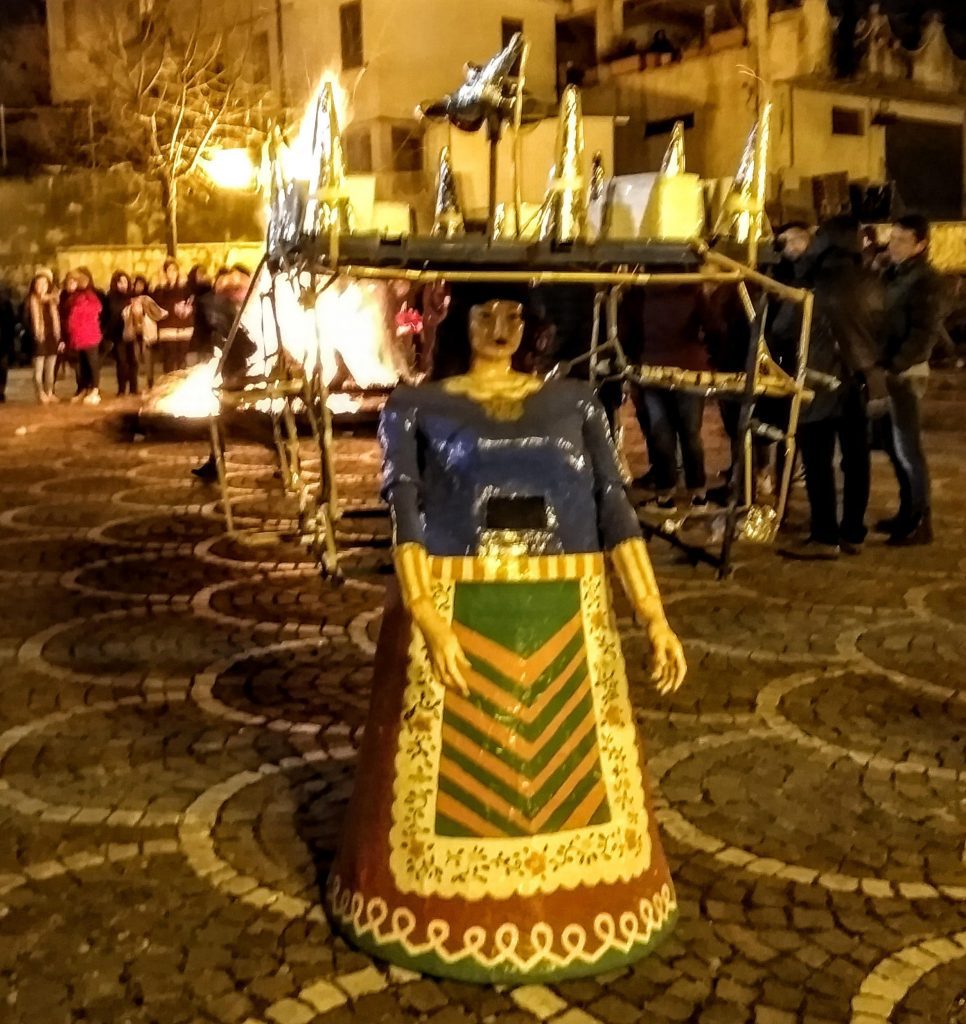 A papier-mâché costume disguises a man and fireworks whose enthralling rhythmic dance to local folk music begins slowly before reaching its finale, ecstatic explosions with fireworks shooting off in all directions. Like so many Abruzzesi celebrations the protagonist is fire and was a purifying and land fertility rite and is performed at sagre and feste normally to close the evening. 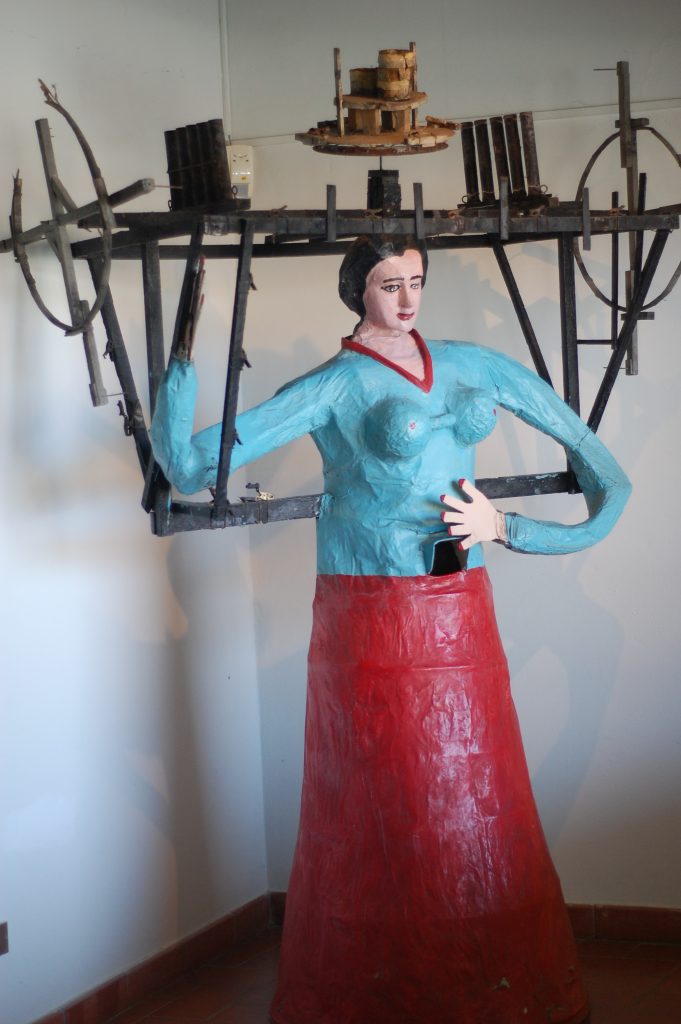 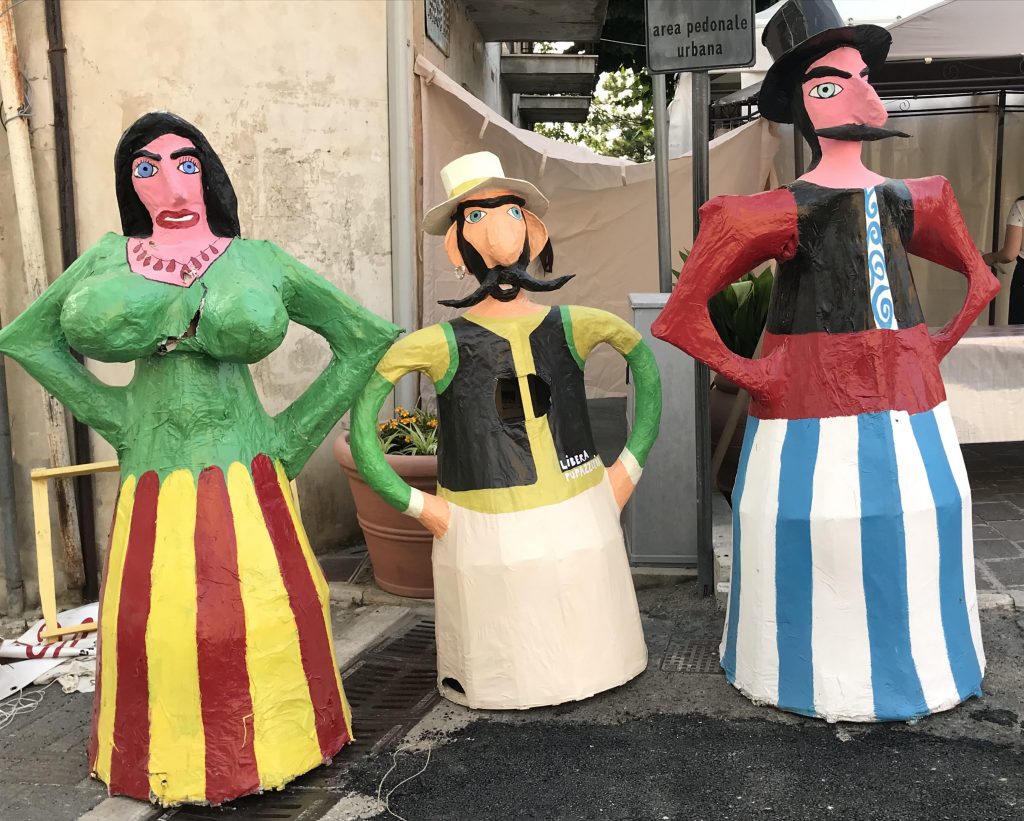 “Lu Balle de la Pupa is one of the most exciting things  to see in Abruzzo when ‘Health and Safety’ is thrown out of the window.  This performance was part of the  San’Antonio Abate celebrations in Abbateggio (PE), that sits on the northern slopes of the  Maiella Mountain and is regarded as one of Italy’s most beautiful small towns.  A Bonfire, wine, music and Lu Pupa. What else could you want for a great night out?”   Janet Brady