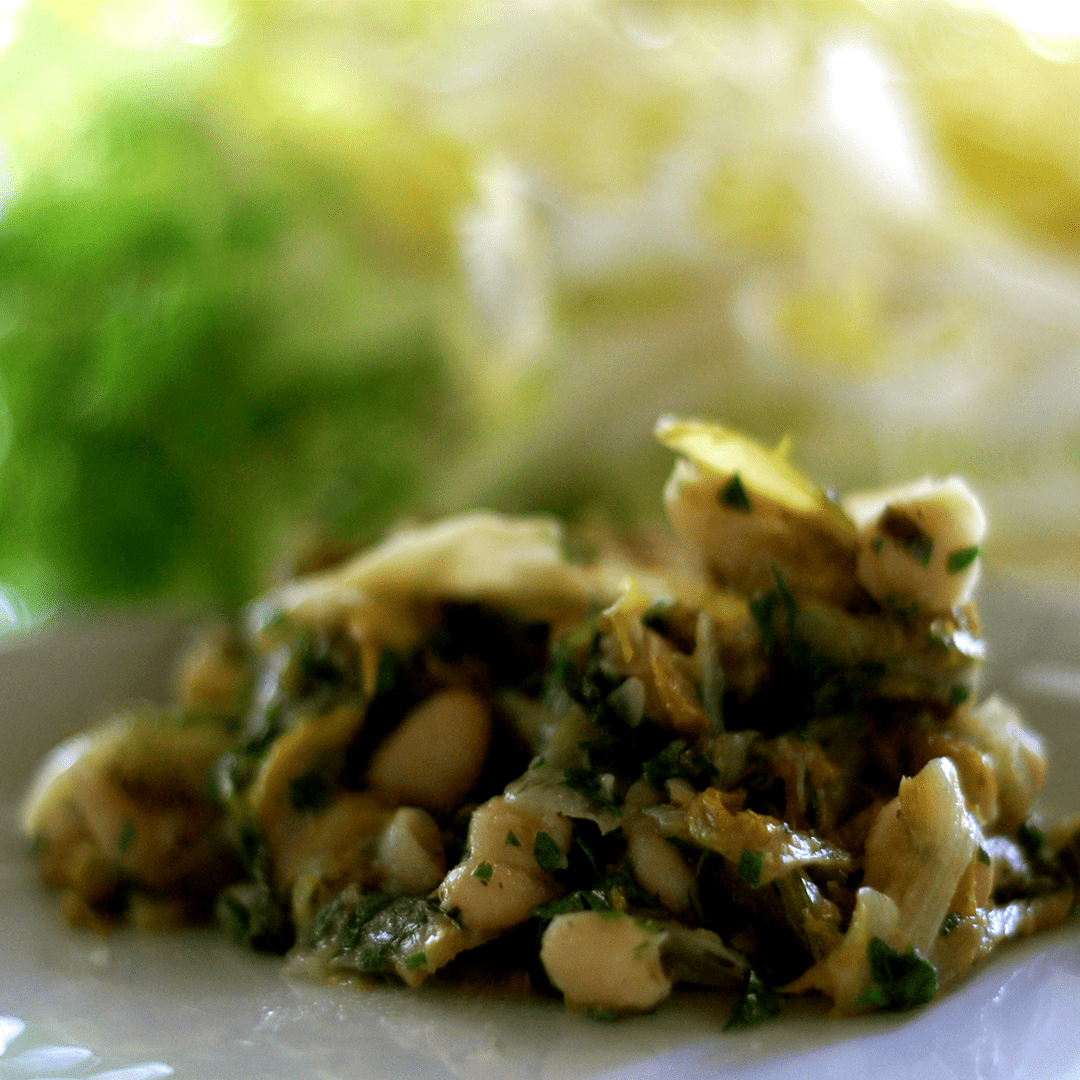 There is nothing quite like being out in Abruzzo and being served beans with the addition of some curly bitter greens.   No matter how hard I’ve tried it’s not something I’ve been able to recreate the taste of until that is we were contacted by Palma Poochigan, a US interior designer who wrote to us after reading our post about Abruzzo’s quirkiest must-see church St Tommaso.

Her father’s family the Morizios are from San Tommaso; he left in 1919 at the age of 20 aboard the Duca Degli Abruzzi to work in the US, and it is his family that made the font to the church. Palma also told us how the out-of-kilter protected column was from the original St Peter’s,  one great thing about keeping a blog is that you get to learn so much from some great shared information! Her mother was from the nearby medieval town of San Valentino in Abruzzo Citeriore also in Pescara.

Palma’s been over to visit twice; she was so inspired by the Abruzzo’s landscape that she has made several watercolour paintings of the region, in addition to compiling her family recipes together and publishing them into a booklet that could be passed on to future generations – all sorts happen in Abruzzo when you come for a holiday!   She kindly sent us one of the recipes for beans & bitter greens that makes a healthy supper served with some bruschetta. 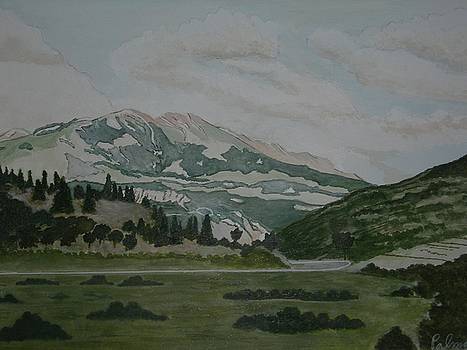 Her recipe suggestion advised on using the beautiful frilly escarole that is part of the endive family.  Escarole’s curled fronds are less bitter than some of its cousins but it still has all the valuable qualities of ‘bitter greens’ in helping to rekindle an appetite that can be lost even in hot weather, whilst helping digestion. 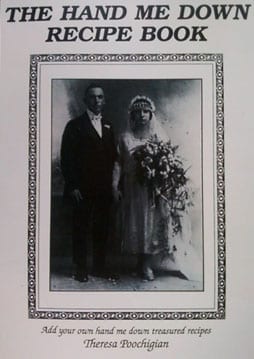 “My father brought all his Abruzzo traditions to America via Ellis Island into his new life in the US.  These included making goats cheese, prosciutto, wine, Baccala’-Lupini Beans and of course the tradition of a lovingly tended garden of many vegetables!

Pasta was our main dish always with special sauces.  Together my parents made Sanguinaccio Sausage (blood sausage) ate Capretto (baby goat) as well as drinking its milk and making a goat’s cheese very similar to feta cheese.  At Christmas they cooked a host of fish, some like octopus & cod in a sauce, others which they baked.

My mother always talked about her cousin Filomina in Sulmona where Toronne was first made and this we ate every Christmas. She had come to America aged 9 after the earthquake in which she had had to dig her buried sister out.  She ate pomegranates and talked of the sweet smell of flowers she had left behind. S Valentino (strong man of the sun – Sansone) was her hero figure no doubt due to the impressive statue that still stands in the town today and where her mother would do her washing.    She remembered going to mass  on Christmas Eve at Chiesa della Madonna della Croce at the end of which they sang ‘O Bambino mio divino’. Then they would come home and uncover Jesus in their own nativity. It is two traditions that I still carry on today.

I have visited both towns and painted scenes from there as well as compiling ‘The Hand Me Down Recipe Book’ to keep the traditions of my mother and father & their memory alive.  I believe there is no more meaningful way or remembering than by the food that we  have shared together …I hope you like this little taste…”

Method
In the olive oil sauté the garlic and chopped mixed herbs.
Add the escarole and wilt gently, (if you prefer less textural greens give them a quick blanche before you wilt).
Add the washed drained beans & cook on a gentle heat covered for a further 20 minutes.  (Check every 10 minutes, I took mine off after 10 as my beans were getting a little mushy and I prefer the escarole a little bitter – the longer you cook the less bitter the escarole becomes….)
Take off the heat and stir in the parsley and cover leave for 5 minutes.

Serve with bruschetta or as Palma does with garlic bread

Plaiting the Abruzzo Sun; a Frittata Recipe With the Remains