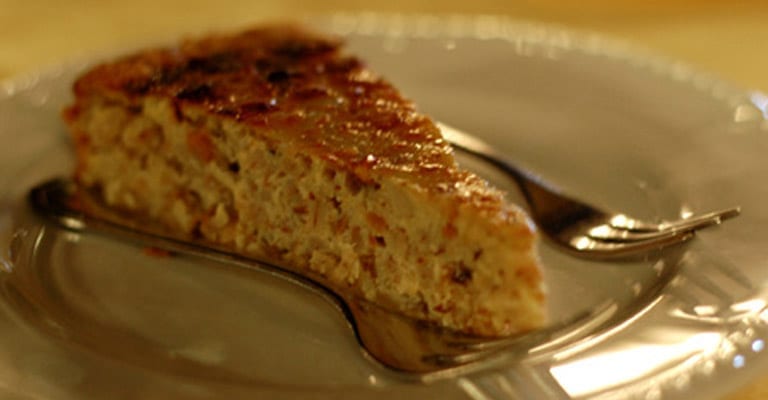 We found ourselves at the door to Rifugio della Rocca in Calascio on a raw Abruzzo winter’s day, following a strenuous scaling of Rocca Calascio’s fortified walls and encroaching rocky hillside, in part desperately seeking our over-enthusiastic spaniel who had got somewhat lost. The Refuge proved the perfect place to rest & rebuild our strength after such exertions though we made sure the dog was firmly locked in the car beforehand.

The restaurant & hotel Rifugio della Rocca is an old, two-story building set into the hill-side in this uniquely historical Abruzzo village, overlooking the valley that runs from L’Aquila to Popoli; the restaurant is one of several such old buildings that comprise the village of Calascio, and that have been lovingly and sensitively restored to retain a sense of age and be habitable or usable.

Upon entrance into the restaurant, there is a bar and reception area on the left, with  a dining area off to the right and further dining down a set of winding stairs, where there are spectacular views out from small windows into the valley below. The friendly staff had us seated and served with menus and a fine bottle of Montepulciano d’Abruzzo in no time, smiles and more than a smattering of English to complement our stuttering of Italian making us feel comfortable immediately. The was a ruby red, called Vicenne, from the vineyard of Italo Pietrantonj; a fruity, raspberries & liquorice wine, warmly flavoured enough to hold its own easily against the amazing food we had but without overpowering. 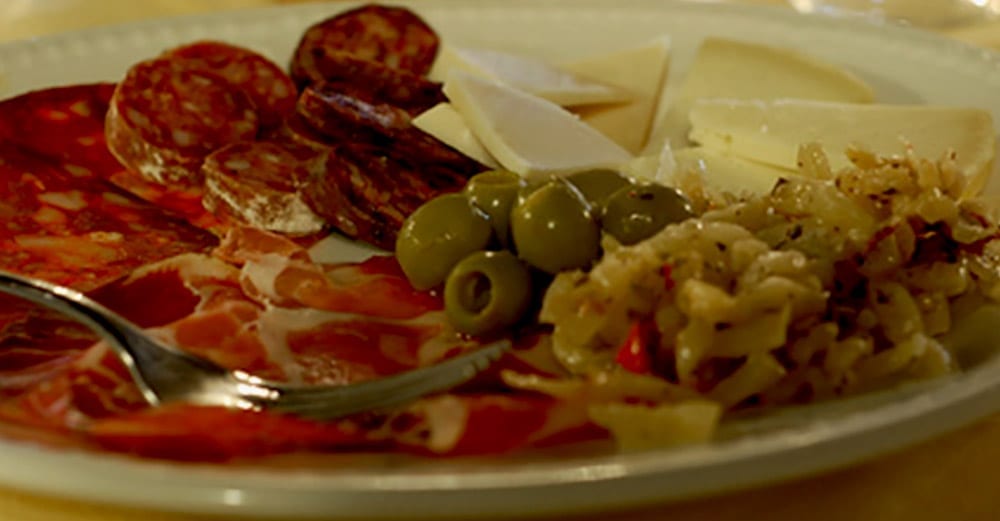 We had the house antipasti, wonderful piccante salami and some of the best prosciutto we’ve eaten, alongside al dente green olives, a young and slightly older pecorino, firm & crumbly respectively, and best of all a pickled speciality that we think might be cardoons, the spiky thistley winter artichoke, appropriately a Christmas favourite of Abruzzo, and reinforcing superbly the Rifugio della Rocca’s policy of serving traditional Abruzzo cuisine with seasonal emphasis. Chunky chitarra and  local roast lamb were both divine. 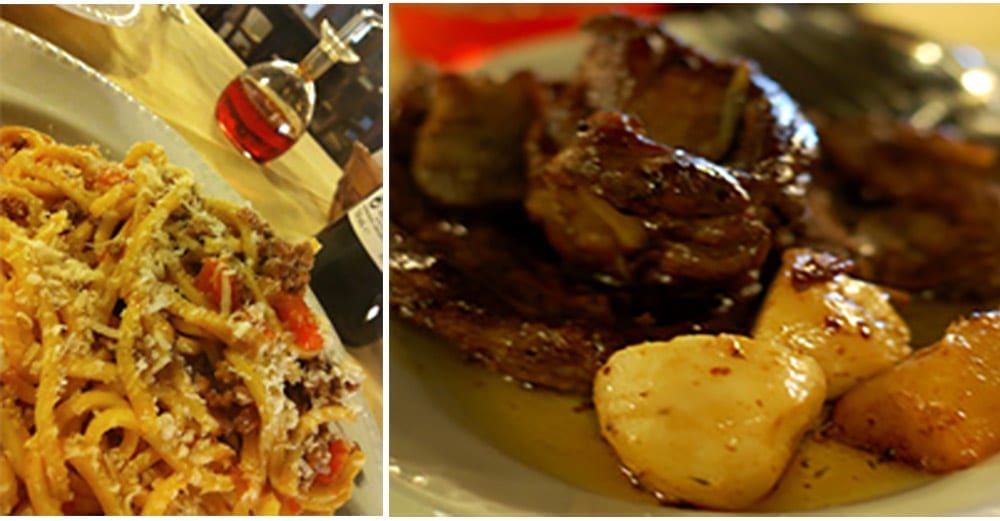 …pudding is not something we frequently write about, generally being too full to being tempted!  However, Il Rifugio della Rocca presented us with a sublime torte, a wonderful mix of that Abruzzo staple farro and sweet local almonds; subtle in flavour, rich in texture, cool and not overly heavy on the belly, it was definitely worth the effort.

Hugely popular during holidays and at weekends, so definitely try and book in advance! Ristorante Rifugio della Rocca and the town of Calascio also play host to semi-regular musical events, classical and others…spectacular setting and, thanks to the recently improved roads in Calascio, no longer terrifying to attend, these should be unmissable if you are in Abruzzo at the time. Rifugio della Rocca also has rooms to stay in scattered about this old part of the village, a diffuso similar in concept to that provided by Sextantio in Santo Stefano di Sessanio, a short distance away. 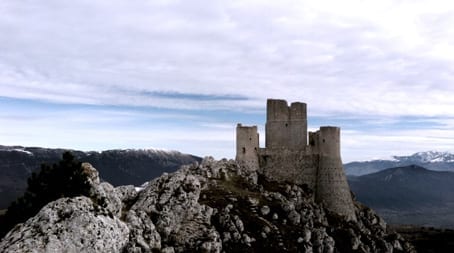 The Start of an Abruzzo Christmas Feast – Minestra di Cardi