My Big Fat Ferragosto – Consus and a Story of Grain

Raise your Glass to Consus! 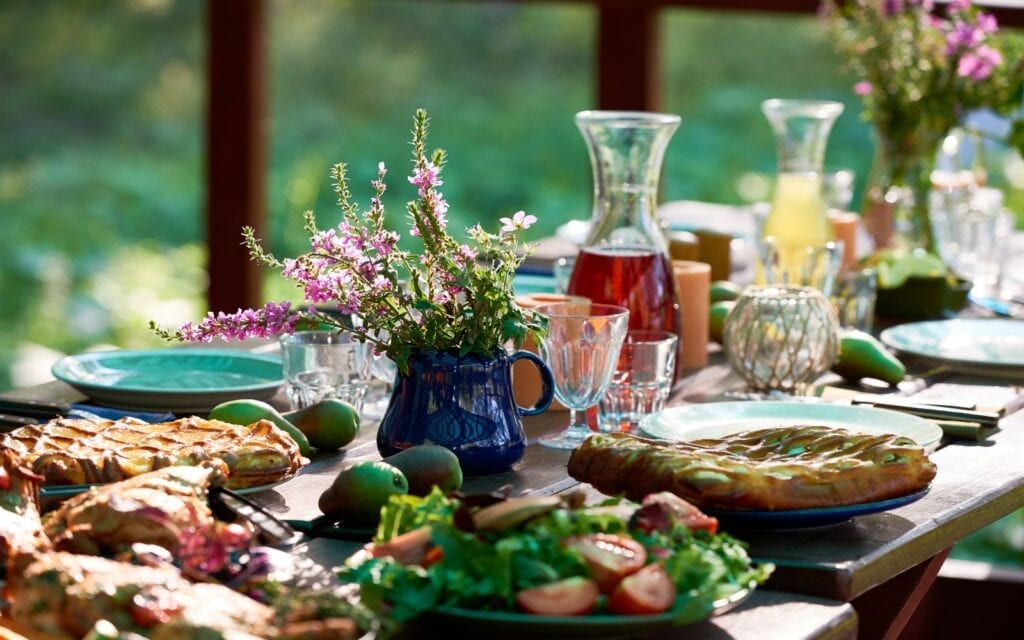 My big fat Ferragosto isn’t probably what I should be calling this most pleasurable of Italian feast days, one that encourages and feels like a banquet-style pig-out on a hot day, at the seaside, mountains con tutti famiglia.  It takes place on the 15th of August and it’s a National Holiday, except for the restaurateurs who provide the main call to action of the day.

Ferragosto makes for great people-watching, as beautifully adorned, perfumed, and blissfully confident Italians laugh, chat or jocularly remonstrate, safe in the knowledge that they are with a host of people they know & love, as they enjoy yet another course. The indulgent guiltless siesta that you are forced to take to somehow prepare your stomach for a lighter version of gluttony later in the day is probably the best of the year.

It feels like a summer Christmas, supermarkets, gift, and dress & accessory shops and hairdressers do a roaring trade 3 days before as families not only splash out as they create their picnic or luncheon treats if not eating out but plan their new wardrobe and coiffure accordingly.

This day like so many in the Catholic celebration calendar stems from a pagan tradition that was adopted as Assumption Day, when mere mortal Mary ascends heaven and she leaves a taste of paradise to those left behind, hinting at what is to come.  In 18 B.C. Caesar Augustus proclaimed the entire month as a time of merrymaking, and it became known as “Augustali”. Ferragosto  (Feriae Augusti, Rest of Augustus) was originally held on the 1st August.

Festivals were held throughout the month included venerations to Diana on the 13th August, Goddess of Wood, Cycles, Moon & Motherhood; Opi the Goddess of fertility, whose feast Opiconsiva, was celebrated on the 25th of the month. Consus, the God & Protector of Agriculture was celebrated on the 21st of August, and was literally a harvest festival when the local farmhands and Roman nobility mixed together.  They gave the day off to mules, oxen, and other beasts of burden and celebrated their hard work by sampling those freshly harvested ripened delights and letting their hair down so to speak. There were many more too, which in turn have become village sagre.

It’s not too surprising that the Christian Church adopted this time and rolled it into one on the 15th for Mary’s assumption. The land was at its most plentiful, an obvious symbol of fertility and goodwill,  and accordingly a time when women were openly blessed and their deity forms worshipped.  With providence still very much tied to the agricultural calendar and with such things as transumanza, when shepherds returned back home after tending their flocks of sheep in the south, you can see the logical adoption of Augustali as the period when mere mortals could get a sense of what ‘life after death’ may hold.

There is no such thing as a light ferragosto; restaurants – at their busiest time of the year – do only serve their Ferragosto menu, on average €35 per head in Abruzzo including wine, so be warned and don’t forget to book – the good places will be chocka on the day so if you don’t want to be left in the car park of despair, book early!

The Rain in The Pinewood – La pioggia nel pineto

Navelli – Chickpeas, Saffron & the Mother of...