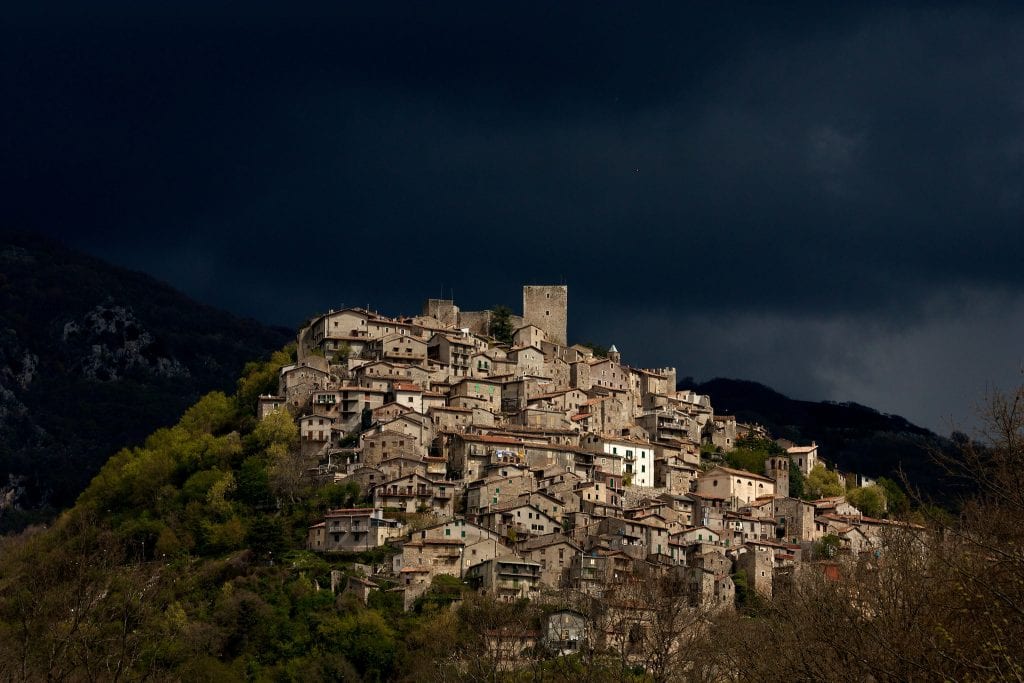 In 1907 Anne MacDonell made a trip through the Abruzzo. The following year a book of her experiences and observations, of history and folk tales, and of course the watercolours of Amy Atkinson was published.

We found the book in a secondhand bookshop in Ross on Wye.  This is a review of her book and a photographic journey of each of the 12 views in watercolour revisited to see what has changed in 100  years. 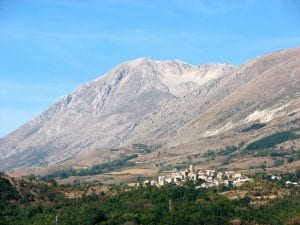 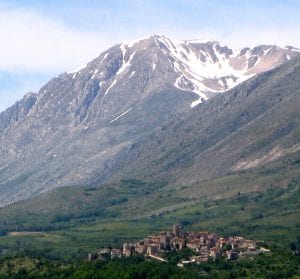 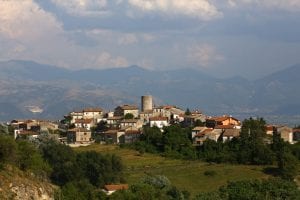 “Looking out from Rome due eastward, beyond the nearer heights that bound the Campagna, vague shapes rise in the blue of the distance, cloudlike, part of the atmosphere that encircles the City that is a world, or, if the day so decree, clear and defined, like frontier sentinels on the watch. These masses and peaks are the rough edges of a wall that shut in a land, strange, uncouth, primitive, little distance from Rome in mileage, incalculably distant in everything else….”

Anne MacDonnell’s opening lines of ‘IN THE ABRUZZI’ (Chatto & Windus 1908) set the scene for a journey into what was, to the masses, an unknown world in 1907.  Along with the artist Amy Atkinson she sets off from Rome (by train, by carriage and frequently by foot) into a land that inspires and delights her.  Not that she is totally unaware of what she might find, she has seen Edward Lear’s “Illustrated Excursions in Italy” (1846). But it is (the ‘Hon’) Richard Keppel Craven’s ‘Excursions in the Abruzzi’ (1838) that really flicks her switch (partly for the unwitting comedy provided by his pomposity).

Anne’s affection for the region comes through from the start. The landscape she finds more than impressive (“you will descry the wonder and terror of this land”), the art still in situ (no museum cities), the folklore alive and well (“If it is unfashionable now to believe in witches, there is no use denying the evil eye”), singing and storytelling a way of life, the shepherds still living an ancient life and religion still closer to paganism that the Pope would have hoped for… 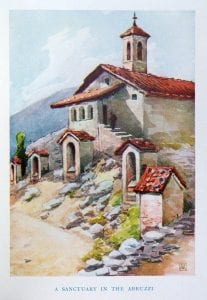 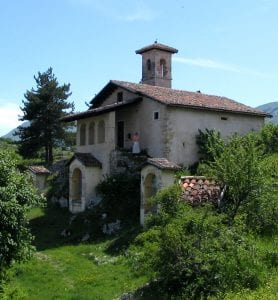 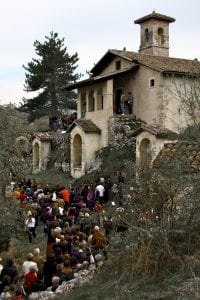 Although this is a warmly written account of a trip from Rome into the mountains, first Tagliacozzo and the Marsica, up the valley of the Sagittario to Scanno and back, to Sulmoma and the Cinquemilla, over to Castel di Sangro, back to the high plains of Ovindoli and Rocca di Mezzo, down to L’Aquila and finally to the sea at Pescara, this book is much more too. History and social trends, emigration and festivals, little is left untouched.

Most of all it is Anne’s love of the people and the landscape which colour the writing. Somehow “the 12 illustrations after water-colour drawings” by Amy Atkinson seem perfectly in tune with the text, evocative of the period, and actually rather accurate.

This is an account of a world that in some ways is miraculously still there.  Some of the illustrations really do match the views you will see today, like the Calvario in Tagliacozzo, the Castle of Celano, the view of Pescocostanzo, festivals and customs, even the stare of an old Abruzzese.  It is also a record of things lost.  Some images will break your heart (old Roccaraso was completely ruined in the second world war, and Castel di Sangro didn’t fare much better, the flocks of sheep have shrunk and earthquakes and developers have done their worst). 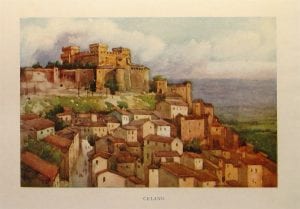 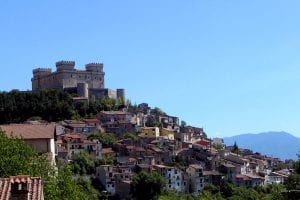 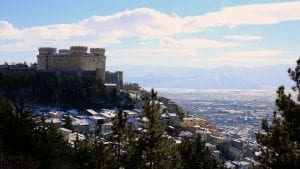 IN THE ABRUZZI may be a hundred years old, but it is a guide that you can easily use today. In fact, this vibrant link with one English woman’s love and knowledge of the region will surely enrich your experience of the Abruzzo.

Peter Austin prefers to remain an enigma, but do check out his photographs for clues.

Italy’s May Poppy Riot in Abruzzo

My father was born in Montalto near Castel Di Sangro in Abbruzzo region. I am looking for some old time photographs of the are and particularly his towns. Emails sergio@aspencorp.com.au

ciao Sergio, I have new ones, but no old ones! Still, I will keep a look out for you. Peter