The Real Stats and Facts of The Guardian’s Poor Abruzzo 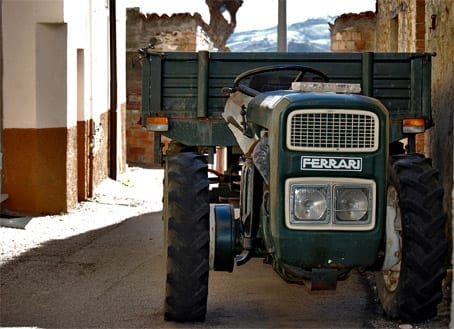 Last week The Guardian printed a travel article about skiing in Abruzzo, fantastic for getting a journalist out beyond the Alps and profiling Abruzzo as a good place to ski, but its introduction defining ‘Abruzzo one of Italy’s poorest regions’ triggered tremors of consternation amongst many in Abruzzo and those around the world who know & love the region.  It prompted many to wonder where the stats were to support such a statement and what was the context of ‘poorest region’? It certainly does not seem consistent with what anyone who knows the region would recognise as present-day Abruzzo.

Eurostats is the official body in the EU whose role it is to provide comparative stats across the EU nations; their last handbook for data gathered in 2005 was published in 2009. In this guide, Abruzzo ranks as number 14 in the 21 Italian regions with a GDP of €20,600, which is 83% per capita of the national average according to the Banca Italia.  From these published figures Abruzzo scores higher than Sardinia whose GDP per capita sits at €19,300, at the bottom, the ‘poorest’ is Sicily, where the GDP per capita is €16,200. Just as a reference point the average GDP per capita within the EU is €21,503.

It is an undisputed historical fact that Abruzzo was indeed one of Italy’s poorest regions in the past; cut off by its mountains, controlled by the Kingdom of the 2 Sicilies, its residents’ “poverty” resulting in multiple diasporas of hard-working Abruzzesi to Switzerland, Scotland, Canada ,the US and Australia, to name but a few.  But that is the past…

By 1997, out of the 44 regions across the EU that had applied & received EU supplementary funding under the auspices of Objective 1 in 1989, including the likes of Lisbon, Abruzzo was the first and only region whose economic growth & output saw it surpass the lower limits of what the EU deemed a region requiring financial assistance, as it expanded its economy from just agriculture to industry & tourism.  The other regions still struggled and, up to when the scheme was withdrawn in 2006, all remained receiving additional help from the EU.

As in everywhere in the world, if you look hard enough you will find disparity in wealth and perhaps the extreme forms of it with poverty all too ubiquitous throughout Europe.  Living in Hackney, London, where the gap between the middle classes, the rich and the tower block kitchen sink estates where people really do live in poverty, we see this all the time.  Local children were recently given cameras to therapeutically record their daily lives as part of an exhibition at the local Childhood Museum. The Olympic Council awarded London the 2012 Olympics in its plan to help rejuvenate this as part of a ‘deprived’ area.  As far as I am aware no such honours or therapy is ongoing in Abruzzo.

Much like the author of The Guardian piece, I should not make out-of-context statements, comparing my straddling of a rural life in Abruzzo to that of living in metropolis London, it is after all like comparing oil & water; instead I am going to end on the richness & little luxuries that life in Abruzzo brings which focus on not just its GDP but the lifestyle that the region offers; as Ghandi questioned “Does increasing the speed of life improve our quality of life?”

Linking Abruzzo -14 Days of the Best of Abruzzo

For the Love of Borlotti

A Few of My Favourite Abruzzo Things – Noel McCarthy

Audition for Channel 4’s ‘A New Life in the Sun’